Resident Evil: Revelations was a hit when it came to 3DS ahead of Resident Evil 6 and the controversy surrounding it. A handheld Resident Evil title that seemed to manage to successfully bridge that gap between the old and the new, the survival horror of our youths and the more action-based focus of today.

It was successful and well-received enough that Capcom announced a port to HD consoles, and while it retains many of its good points, playing on 3DS is definitely still the best way to play.

To start with, the little things that might have appeared charming on the 3DS – the scanning, the painted on fish at the beach – are terribly obvious on the Wii U. What you may have dismissed as a lack of processing power on the handheld becomes almost annoying on a device capable of so much more.

While it should definitely be classed as a HD update – a re-release rather than a remake – it’s hard not to compare it to the likes of the second God of War collection or Peace Walker. There were flaws, but it never felt like you were playing a game made for a completely different system. Capcom have instantly failed in many ways, because when describing the positive points of Resident Evil: Revelations, you must preface it with a reminder that it was a 3DS game first.

That isn’t a good thing.

Like almost all of the Resident Evil games released since 2005, Revelations is a third person action game in set-up. You explore, come across enemies, explore a little more, find some enemies… It’s the atmosphere that’s supposed to make the difference, and in some ways it does. It’s still not as moody as Resident Evil 4, but fans might feel a little more comfortable with this than they did with Resident Evil 5 and 6. 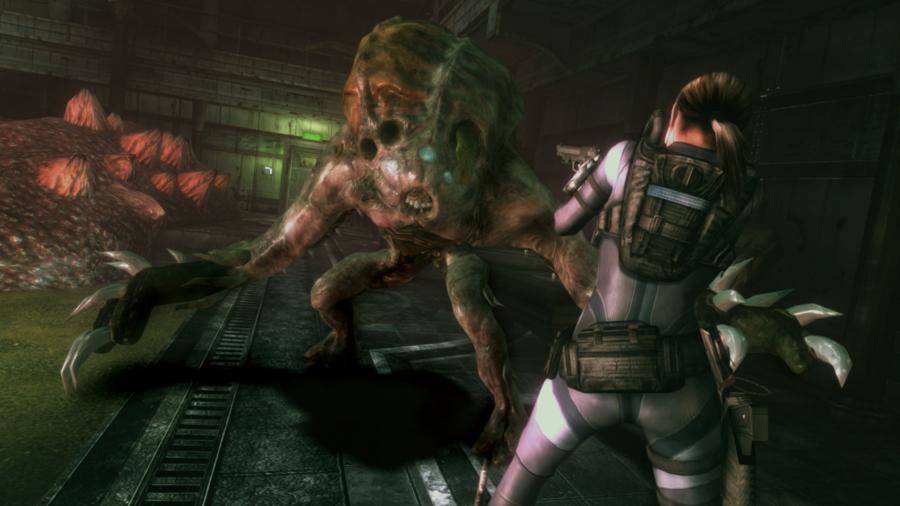 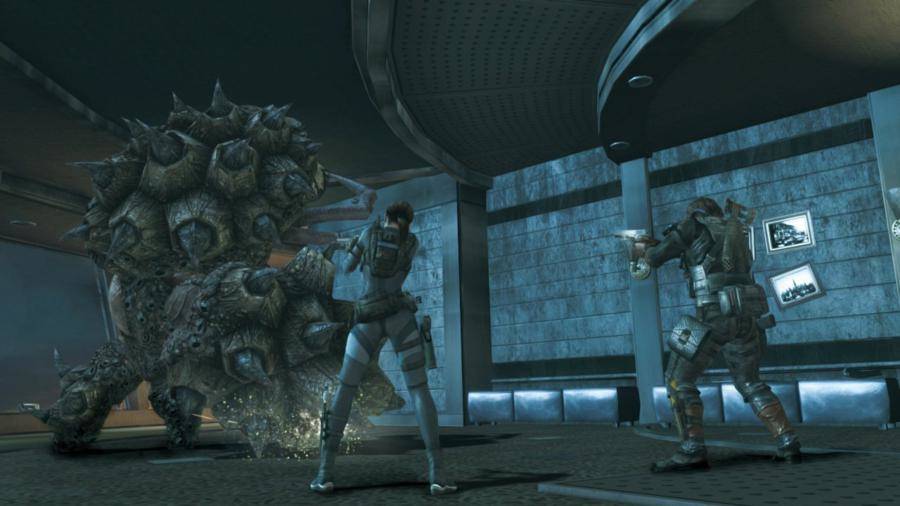 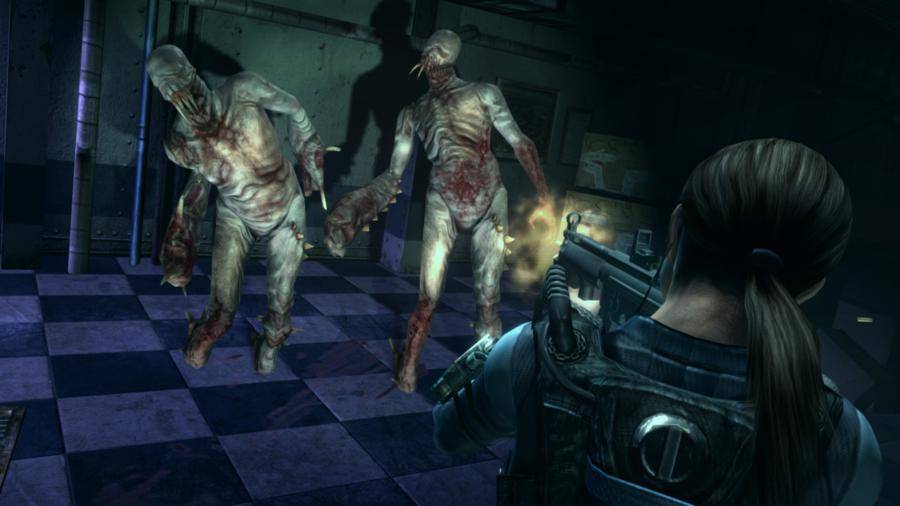 Of course, that in itself isn’t very difficult. People wanted less enemies, more winding corridors, and the 3DS’s limitations (and the clever design needed to overcome them) helped towards that goal. That remains true in the console version. The design is the same, the enemies as (relatively) infrequent.

It’s still a far cry from the puzzles and passages of the Spencer Mansion, but it’s not running and gunning through the streets of Tokyo either. If you’re desperate for some Resident Evil but don’t want to play 6, try out Revelations.

Unlike other games in the franchise, Revelations takes an episodic structure which helps things along quite well. On the 3DS, it was perfect for short bursts of gameplay. On console it feels less effective, but it does have the added “pulp” feel, similar to Alan Wake.

Like earlier games in the franchise, there’s a huge emphasis not only on exploration, but on returning to older places as you learn more and as you work out puzzles. This isn’t helped by the fact that you’ll fairly quickly see everything you have to offer, meaning the rest is just backtracking from location to location. The level design is good, like the design on the Police Station was good for Resident Evil 2, but you’ll have thoroughly tread every room before you see the end credits.

Give it up, Partner

One of the best parts of Resident Evil 6 was its co-op. It was a title designed to be played by two friends on a couch, and it was great fun. Revelations has no co-op, and yet you’re still joined by a partner no matter what you’re doing.

Capcom have instantly failed in many ways, because when describing the positive points of Resident Evil: Revelations, you must preface it with a reminder that it was a 3DS game first

On one level this is merely annoying. The AI partners rarely feel like they’re absolutely necessary, only occasionally helping you out of scraps or offering decent support. More than that, they talk constantly, and their scripting is cheesy and atmosphere breaking.

On another level, they manage to break the survival atmosphere somewhat. While 5 and 6 made up for this (for some of us) by allowing friends to play together, that bonus isn’t present in Revelations. Even the console version, which could have easily handled it, is only single player.

It’s put in to unify it with the more recent entries in the franchise and it only works when in that context. If you wanted anything else, you’ll probably be disappointed.

The story is split into episodes, and even then it’s split into two parts. You’re not playing through as a single character, but as both Chris and Jill, so sometimes you’ll get two different perspectives on what’s going on. It’s pretty traditionally Resident Evil, although it’s told linearly rather than picking one character and playing through their section.

The bulk of the story takes place on the Queen Zenobia, a mysterious ghost ship. It is here that you’ll spend most of your time. The story will be pretty much what you expect, there are few surprises, but it’s still told fairly well and you won’t not enjoy your cruise.

Mini-games playable on the Wii U gamepad, originally from the 3DS version, break immersion whenever they come up. This is probably where the survival horror fans will throw up their hands in disbelief, confused as to why they’re suddenly playing something out of Brain Training.

Revelations isn’t terrible, although Capcom’s port to consoles was incredibly half-hearted and I’d suggest going for the 3DS version if you can. The original may not have been perfect, but the cracks show far more on a 40″ TV. It’s also brought along with it the same old problems.

But behind those problems is a fairly solid title that tries to combine the old and the new. Revelations tries – and you won’t want to miss out if you love the franchise.