Transformers: Prime is a successful animated series that, this year, will be seeing its first TV movie. Built around a small group of kids and their relationship with the Autobots, Transformers: Prime – The Game is the first video game based around this specific area of the IP.

Exclusive to Nintendo devices and containing both brawler and driving segments, Transformers: Prime is a game that feels underdeveloped and way too slow.

Transformers: Prime is definitely tied into the TV series. If you’ve never seen an episode, you’ll be a little confused as to who is who. The characters aren’t super deep, so you’ll soon get the idea, but I imagine there are deeper relationships after three seasons than “good guys good, bad guys bad.”

Transformers: Prime is definitely tied into the TV series. If you've never seen an episode, you'll be a little confused as to who is who

As a random Transformers game, for somebody that enjoys the franchise but doesn’t specifically follow it, Transformers: Prime may be a case of love it or hate it. Things may have been changed too much and the kids don’t really add anything to the plot of the game (apart from being kidnapped constantly). You might be better looking at some of the older Transformers titles.

There are recognisable characters. Megatron and Optimus Prime have assembled their usual teams to battle it out, although this time there’s a more powerful enemy to focus on. Thunderwing joins the fray, and the Autobots have to band together to save mankind from his ancient evil. 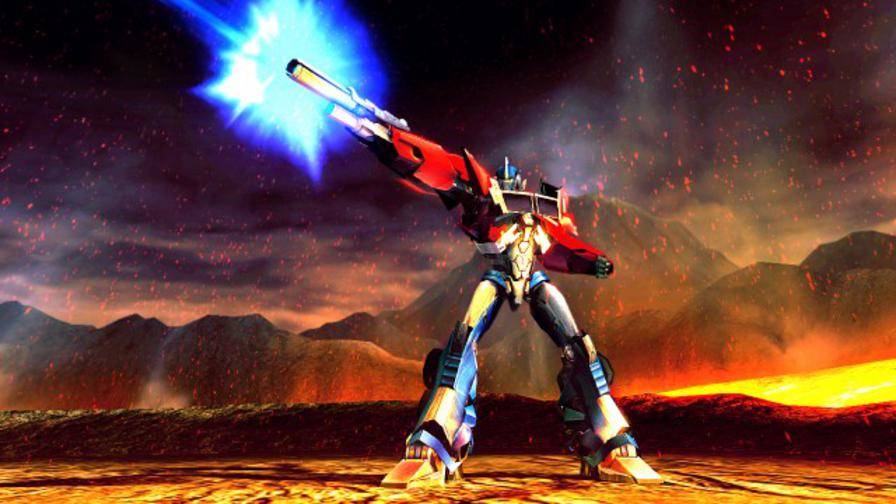 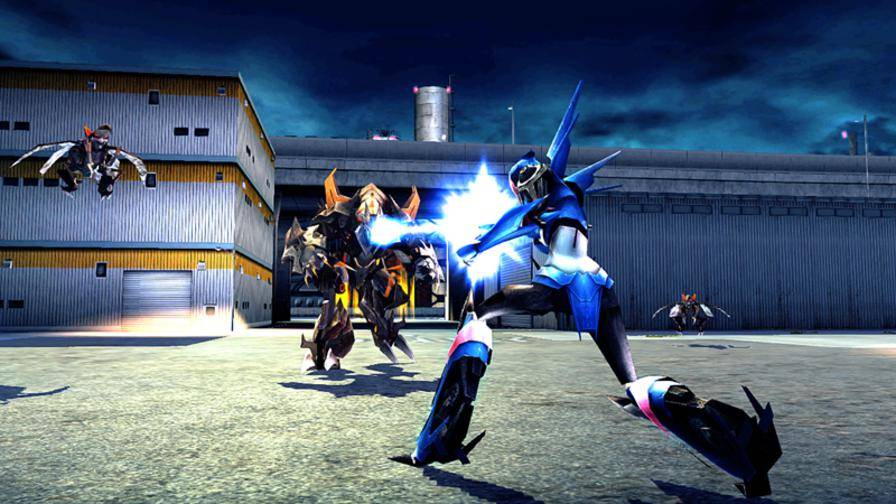 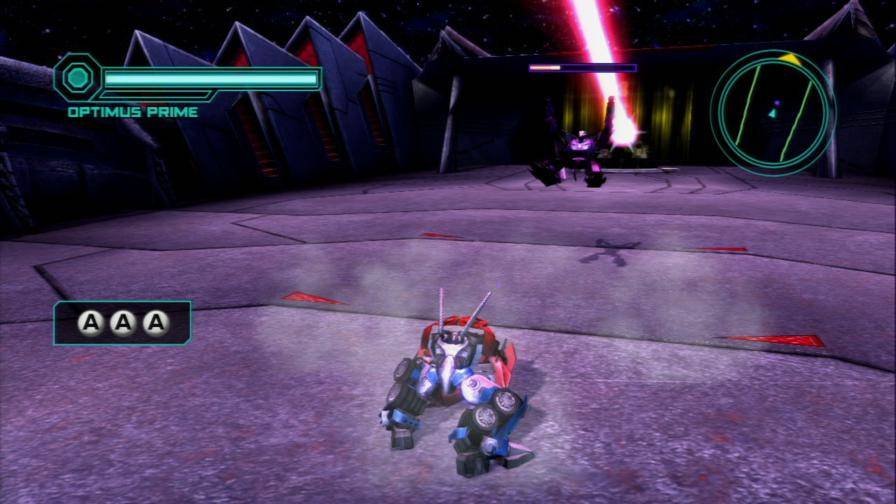 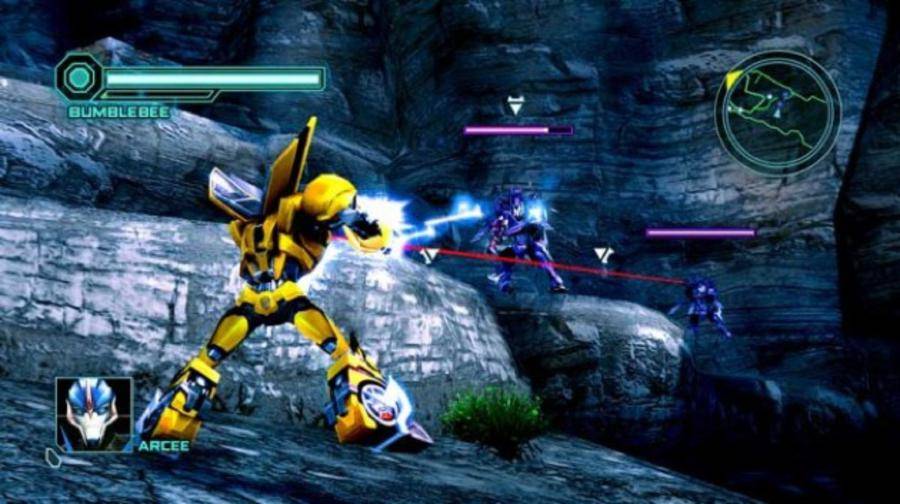 That won’t be easy though. A meteor (containing Thunderwing) exploded while the Autobots were on it, and they each fell to Earth in a different place. It’s your job to take on any of the attacking forces that have tracked them down, and to save your friends (when you can). The ultimate goal is to get them all together in time to stop Megatron and save the world.

The story isn’t especially deep, but fans of the TV show should be fairly happy.

The gameplay for Transformers: Prime is basically split in half. There are driving segments and fighting segments.

The driving segments usually have you rushing somewhere or rushing away from something. Controlling using the motion controls of  the Wii U Gamepad, you must dodge obstacles, jump gaps and shoot enemies. The controls are just strong enough to work most of the time, and there’s some quite challenging moments. This stems from poor level design more than anything though.

Driving forward in a straight line is the name of the game, almost as though the developers have taken notes from the endless runners that are so popular at the minute. Without the accuracy of a touch screen or mouse though, there are parts that become stupidly frustrating.

The gameplay for Transformers: Prime is basically split in half

The brawling is much better, but fighting only a few very similar enemies in a row, defeating them in the same way each time, then moving onto the next set of enemies isn’t especially exciting for long periods of time. The developers have “fixed” this problem by only having the game itself last about four hours. There are collectables to grab which may well take that total time up, but they’re not especially well hidden and the chances are you’ll get most before you reach the end. That’s it. Money spent, game over.

The fighting itself is pretty standard brawler fare. Some enemies can just be pummelled with everything you have, while others require you to think a little more about how to approach them. You’ll usually fight only a handful of enemies at a time, and there aren’t really any deeper features to watch over to hold your attention. You end up with something that isn’t entirely like Dynasty Warriors or Devil May Cry, but isn’t unlike them either.

The developers have actually managed to capture to look of the show quite well, although it doesn’t work out as massively impressive when you see it in game form. If it wasn’t so similar to the TV version, Transformers: Prime would probably be mildly underwhelming. It does what it needs to do and rarely disappoints, although the transforming animation is one of those disappointments.

The voice cast from the show reprise their roles for the game and this works as well as you’d expect. They know the characters, they know the situations – it all sounds natural and the cast do everything they can with what they’ve been given. There are a few characters that might annoy, but that is in no part thanks to the actors behind them.

Transformers: Prime is a decent take on the TV show, but there are problems with it that make it a definite rental or bargain basement purchase. The length, the repetitive gameplay… these outweigh any semblance of potential that the rest of the game might show.

There definitely was something here though, and, with a little more time and effort, Transformers: Pr could have been a much better experience all round.