Nintendo Land quickly became a joke when it was first revealed. Core gamers everywhere, unconvinced by the Wii U, saw Nintendo end their E3 2012 conference on a mini-game collection built around the franchises they’d used too many times before and that was it. They couldn’t understand how Nintendo could go so wrong.

Those that doubted did so because they’d never played it. Nintendo Land isn’t only some of the best fun to be had on the Wii U, it’s one of the few recent gaming experiences that will make you laugh out loud, with friends via local multiplayer.

For what it is, it can’t be beaten.

Nintendo Land is a series of mini-games based around various popular Nintendo IP. Legend of Zelda, Metroid, Yoshi, Luigi’s Mansion, Donkey Kong and, of course, Mario are all represented, each with short levels that show off both each individual franchise, as well as some aspect of the Wii U. There are twelve games in all, each based on a different Nintendo classic, and most are unique and devilishly playable.

Oddly enough, only about half the games are playable with a friend

The trip around your very own personal Nintendo theme park is led by Monita. Monita is a robot whose wise words act as a tutorial for both the hub and for each of the individual games. It doesn’t help that she sounds almost exactly like something out of a David Firth cartoon. These tutorials take on a new meaning when you start thinking of Salad Fingers. 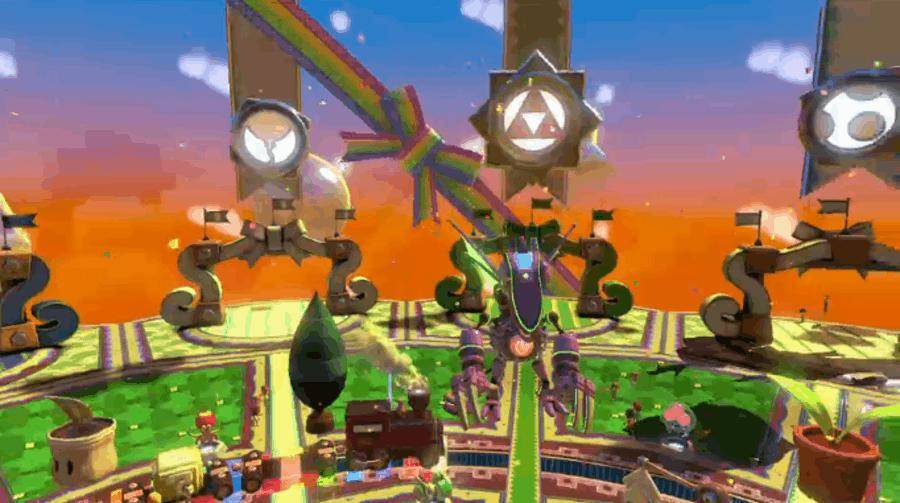 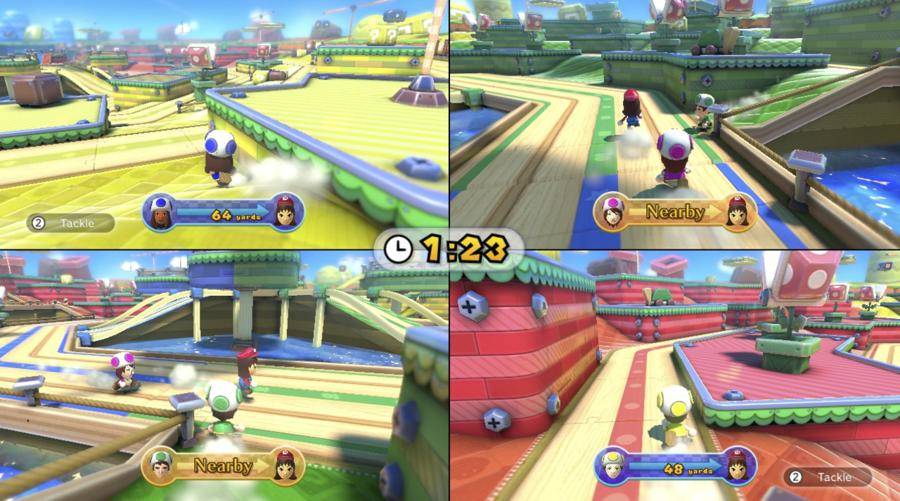 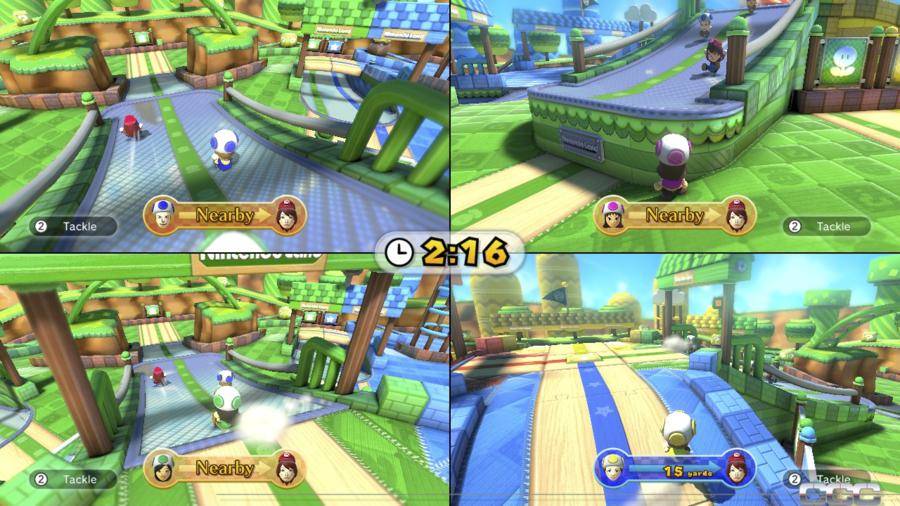 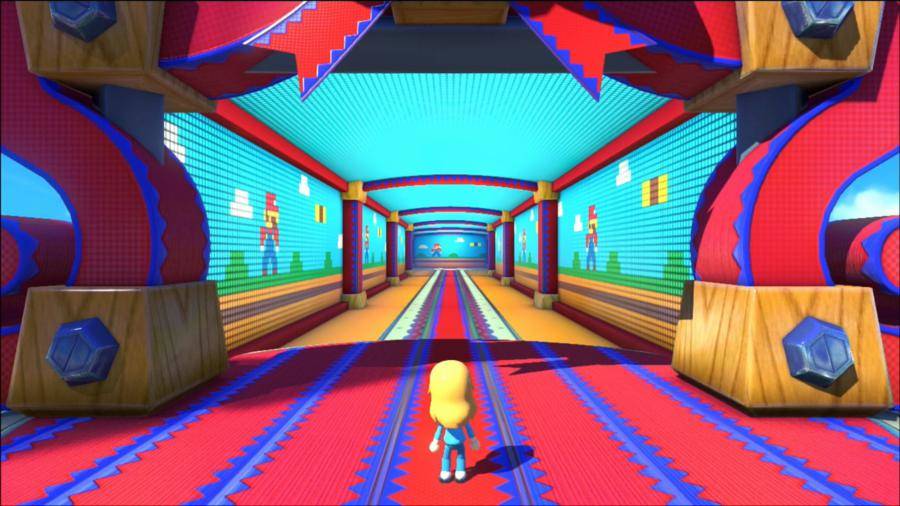 Monita also tends to be quite long-winded and appears far too often, usually repeating things you already know or could have worked out for yourself. Most of this can be skipped, but it can be especially annoying if you just want a quick game before heading out. Aside from that, loading is quick and and you can be beating your friends in minutes (even more so if they win a mini-game).

The games themselves – apart from a few that are a little too similar – are energetic and have often had me in stitches. The matches are generally very close, almost tense affairs, and narrowly dodging an opponent or smacking them on the head with a Pikmin is bound to get a reaction from across the couch.

Oddly enough, only about half the games are playable with a friend. The others are all individual, and while you can pass the gamepad and change your Mii, it isn’t really the same. The six single player games are interesting enough, and quite fun in their own right, but should have included a multiplayer component, just so the option is there.

Nintendo have found an interesting way of getting around the one-gamepad-per-console problem. By utilizing Wii remotes with Motion Plus, the two (to five) players have different things to focus on. As in the Pikmin game: the gamepad user can utilize the stylus to throw around Pikmin, while Wiimote users are Pikmin themselves and so jump around and attack as though it was a regular game.

These different styles mean that each game can be approached in two different ways, adding new life to each experience.

The developers have done a fantastic job of boiling each of the franchises into a mini-game. While Metroid’s more arena-based gameplay isn’t all that reminiscent of the original games, the atmosphere is spot on. This is helped by a LittleBigPlanet-esque approach to the graphics, in which worlds have been built from felt. This is especially well done on the brighter, more colourful levels.

Some of the mini-games have multiple difficulty levels and can get pretty hard. You’ll need a team of decent gamers to get through to the end of each world, and even the single player games can make you think a little bit.

The games wouldn’t have been representative of their various franchises they didn’t borrow some of the audio design. It’s fantastic to hear Saria’s Song in the Legend of Zelda levels, or some of the Mario stuff on his levels.

There’s also stuff to collect, although it’s not really collecting as much as it is buying. Similar to Super Smash Brother’s, unlocking random things with coins will have it appear in your theme park. This is pretty cool, but doesn’t really feel like a challenge and isn’t at all incentive to keep playing the games.

The incentive for that is totally in the games themselves.

Whether you’re shooting a blaster, driving a futuristic race car or swinging a sword, Nintendo Land gives you a brief look at the future of the Wii U, and does it in a way that’s addictive and fun. It should have been included in each and every console, exactly like Wii Sports, but even on its own it could represent tens of hours of fun.

On the Wii U, that’s something that you absolutely can’t take for granted.