Fast and Furious: Showdown tries to mimic that style.

It’s a little like the DIY Maserati that your friend’s dad made up in his garage out of toilet paper tubes, sticky back plastic and an old toaster. It’s just nowhere near the same.

For Franchise Fans Only

Perhaps it goes without saying that you’ll actually need more than a passing interest in Fast and Furious 6 if you want to play Fast and Furious: Showdown. You won’t at all follow the story if you haven’t. There’s zero context, very little explanation and no real reason to be doing the things you’re doing.

I didn’t know what was going on, and nothing about the way the character’s spoke to one another or interacted with their environment made me at all interested in finding out. While some games act as an advertisement for the film they support, this is a supplement, and not a very good one.

Taking to the Streets

The developers of Fast and Furious: Showdown make no attempt to hide the problems with their engine. The first level has you flipping cars by driving full speed into oncoming traffic and hitting the Y button as they drive up onto the front of your vehicle. This doesn’t just flip them, but it sends them flying tens of metres into the air. 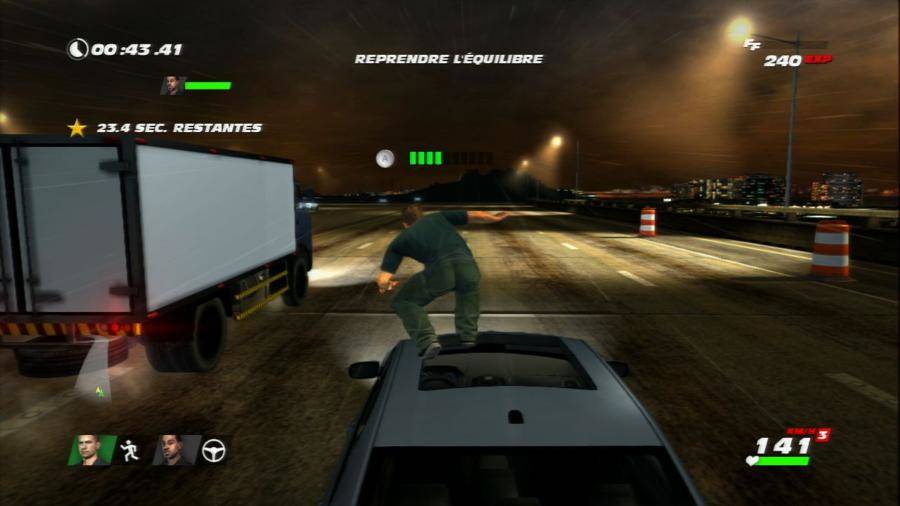 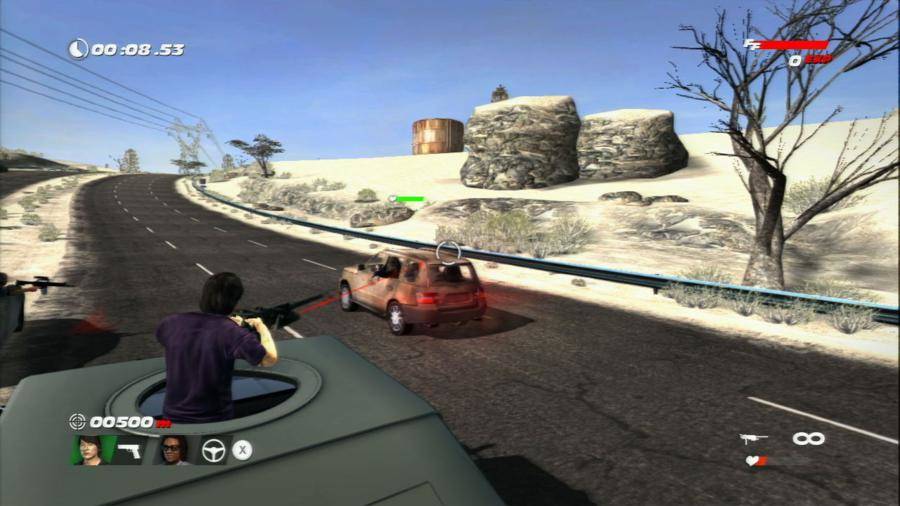 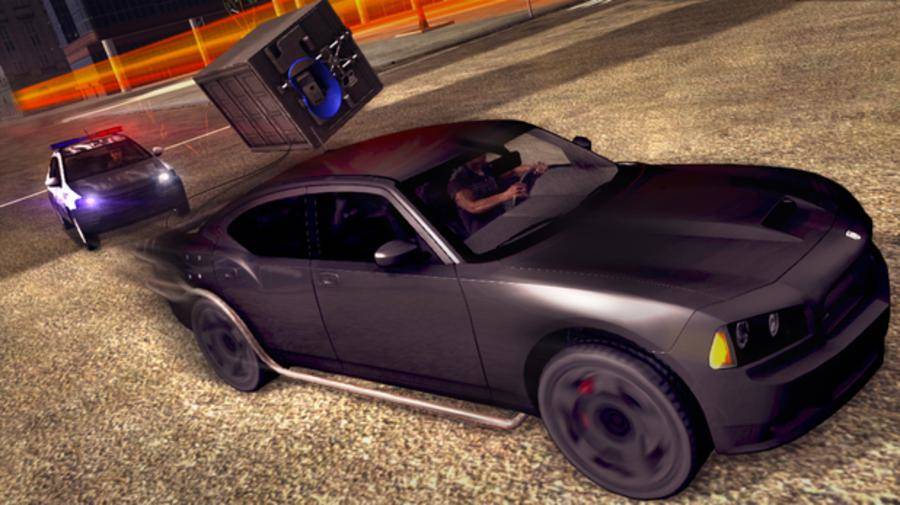 The next mission just makes things more obvious. You bust a safe out of a wall and it moves around the road as though it was made of feathers and filled with helium. I’m still not sure why we had to take the safe anyway, but it was sure as hell easier than I ever expected.

Missions tend to move between straight up races, escaping from the police and then the above sort of scripted objectives. The fact that nothing is as fun as it should be means switching between missions types as you work through the story is incredibly underwhelming. Whether you’ve got a safe strapped to the back of a car or a gazillion cops on your behind, it still feels like you’re driving to work during the rush hour.

This is made slightly more interesting by a co-op system that allows you to take multiple roles within a single mission. If you’re driving, you can switch to the gunner and aim (rather badly) for the people attacking you. There are also times where you’ll hijack trucks, and being able to switch between rolls is interesting and might add a degree of replay value to those that have the stomach to play more than once.

Perhaps the best thing about Fast and Furious: Showdown is that the AI is so utterly inept, it almost feels like I’m playing with other versions of myself. That I’m not the only person on the road swaying uncomfortably like an old man whose drink was spiked is something that I’ve never experienced in a racing game before (or in real life…). Of course, that might not be everybody’s cup of tea.

“You’re not going to keep me down”

If you’re not enjoying the game itself, the music is definitely designed to get you pumped up. There’s largely just a few songs played on repeat, but what songs! There’s not a single one that doesn’t have lyrics along the lines of “I’m not going to give up, I live life my way, hit the streets, run over some boy scouts.”

Fast and Furious: Showdown isn't especially difficult, it's not especially fun... it just is

I made that up. If you’d actually heard the music in Fast and Furious: Showdown, you wouldn’t be able to tell.

It’s so utterly inane that the only reason I can imagine they’d put it on repeat is so that you’ll experience some kind of calming effect. I fell asleep twice. I still managed to win the race.

And this is where the problem comes from. Fast and Furious: Showdown isn’t especially difficult, it’s not especially fun… it just is. There’s no real reason to keep on playing it, especially on Wii U. Where trophies and achievement might have been incentive enough to play through to completion, on Wii U this game is just a barrier between you and the cash you might get at trade in.

Straight from the DS

Firebrand Games, who made Fast and Furious: Showdown, have largely been involved in portable racing titles, and that totally shows. As a casual arcade title for kids, everything begins to make sense. The glorification of reckless driving and stealing aside, this is exactly the sort of game you’d expect to find on your DS.

Fast and Furious: Showdown is a throwaway title that some will get a lot of enjoyment out of. I can’t imagine those people will be rushing to buy it on the Wii U, nor on the Xbox 360 or PlayStation 3, because there are already better games to spend your money on.

But it’s there, and it’s probably going to give somebody a good time. To that person I say this: buy it cheap.