The world of the Heretic Kingdoms is in hideous disarray, with the citizens turning on their leaders and each other. With no true ruler there is utter anarchy, and dark enemies are starting to re-emerge from the shadows. The opening of Shadows: Heretic Kingdoms sees a powerful and intimidating demon named the Devourer brought forward to take control of the world before it spirals out of control. You take control of the Devourer and choose from three classes of ancient hero to play as your re-animated puppet. You may choose between the archer, the warrior, and the mage, and can then switch between the demon and the human to take down your foes and lead the way to victory.

Shadows Heretic Kingdoms was developed by a growing new company called bitComposer Games. The independent publisher was established in 2009 and since then has managed to release a well-rounded and somewhat sporadic list of titles. Shadows comes in hot on the heels of a big success for bitComposer, a game they released last year called Shadowrun Returns. Shadowrun received a lot of praise for its tactical game play style and originality in story and world creation. With this success under their belt, bitComposer Games looked to create another game of this nature, and decided on doing a sequel to an RPG tactical game released in 2005 by the same studio, called Kult: Heretic Kingdoms. Kult is a much older game with many flaws and poor graphics, and bitComposer sought to bring the game back to life with updated visuals and a compelling new story.Set for release this year, Shadows is currently in Steam early access. 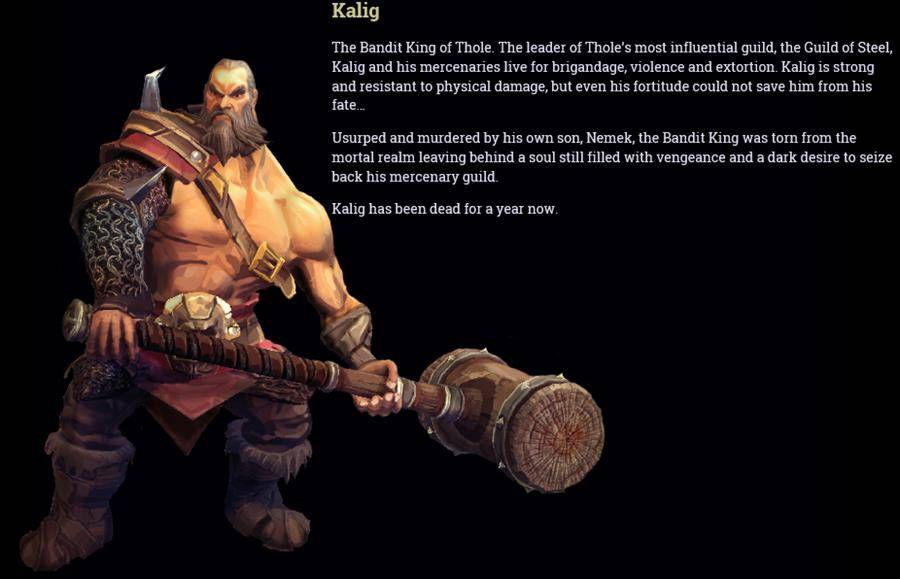 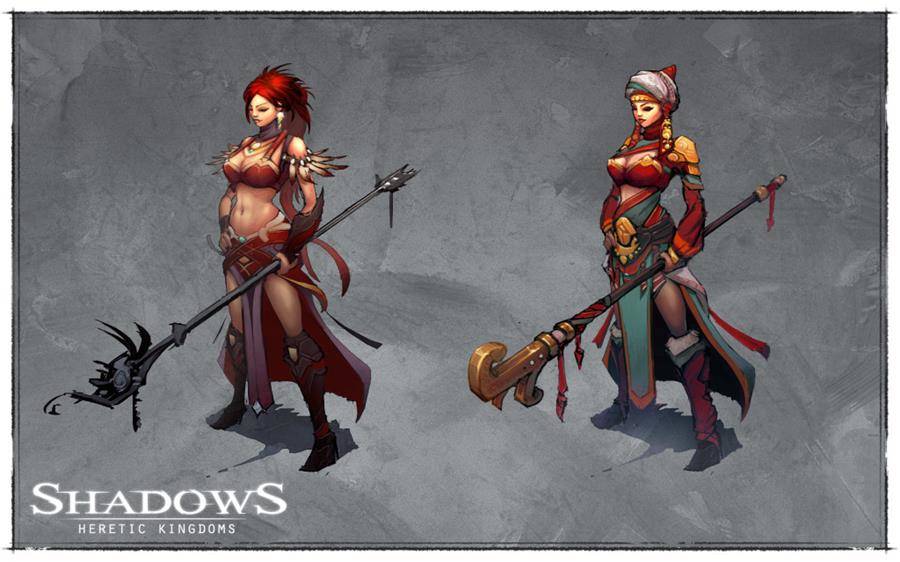 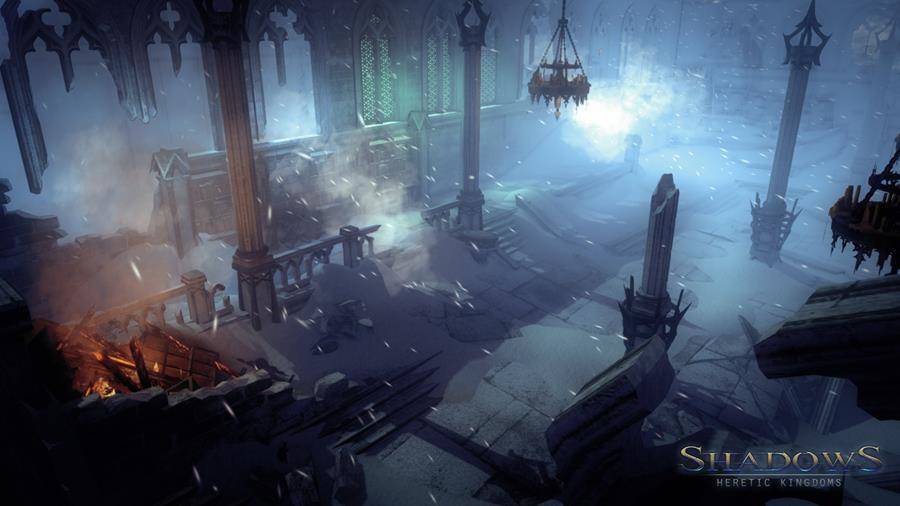 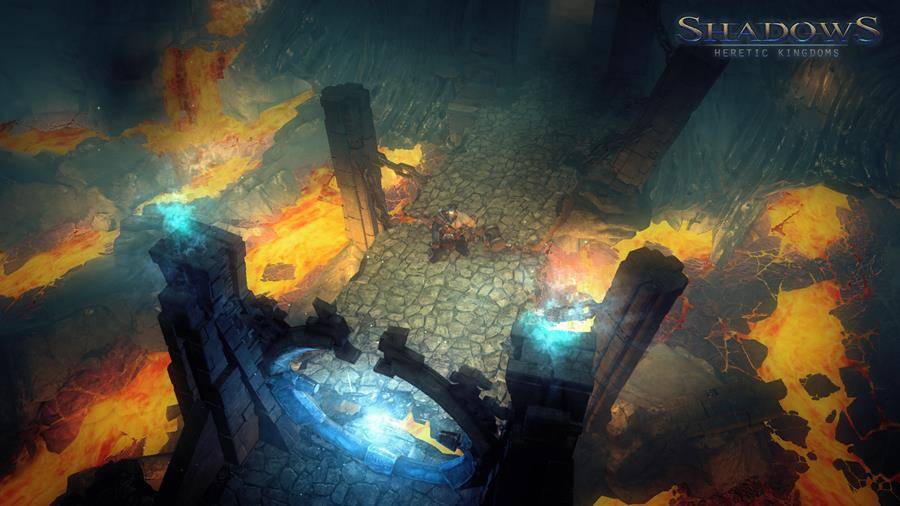 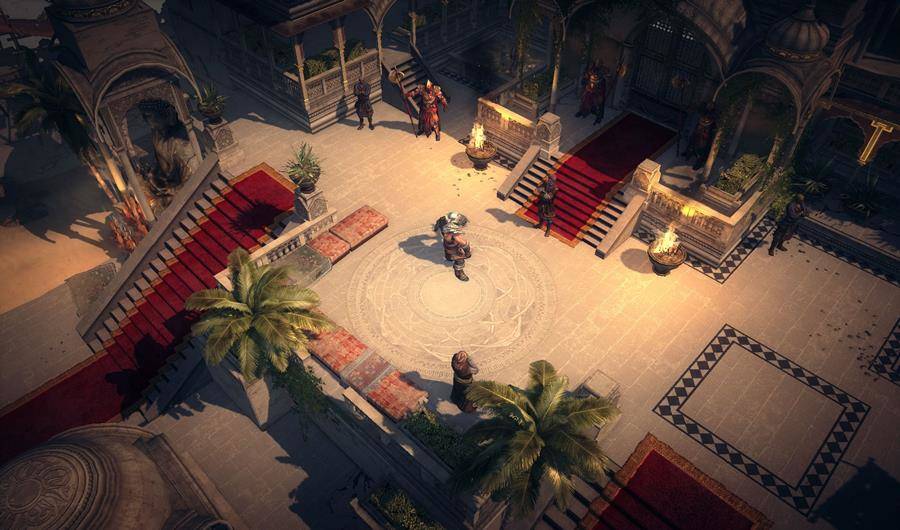 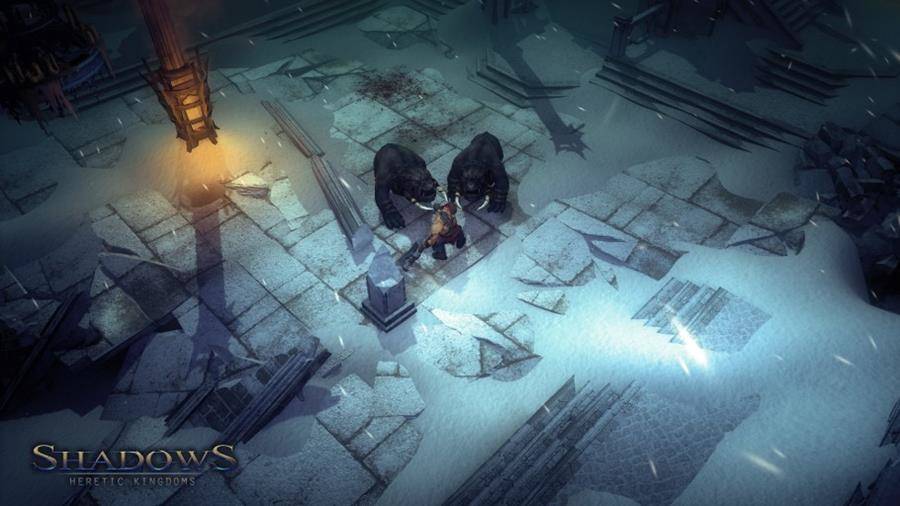 BitComposer made a smart decision in offering this option in order to get feedback on the game before it is officially released, and they even put a disclaimer at the start of the game informing you of what glitches and errors currently exist and what the demo exactly allows. By being so honest, bitComposer comes off as a modest company truly looking to build a better tactical RPG adventure game. With another success like Shadowrun under this company’s belt, they will surely make a strong name for themselves in the gaming community.

The gameplay of Shadows relies heavily on a party system. You spend the game switching between your spirit demon self (the Devourer) and whichever human puppets you pick up along the way. This style is interesting, challenging, and fun. Puzzles become more complex when you must switch midway through to a character that can float across a broken bridge or use their force to knock down a solid wall. One interesting addition this game format is that each time you switch between characters the enemies in the surrounding area will spawn once again. The enemies faced in the spirit world and the real world are completely different and really keep you on your toes.This element of character swapping really helps to make the combat, in a game that often feels very repetitive, feel much more enjoyable and challenging. Each character also has their own skill trees, inventory, and equipped list. The modification opportunities are fun and can shape your gameplay style tremendously. Swapping also changes the world around you. The spirit world is dark, ethereal, and scary while the real world is full of sounds, energy, and lovely visuals.

I must admit that I have high expectations for Shadows: Heretic Kingdom. This isometric RPG offers a lot in the way of originality and ideas. Using a format that is fairly typical and overdone, bitComposer manages to breathe some new life into a very old franchise, and give it new legs to stand on. With the game’s full release steadily approaching, I expect to see more improvement in gameplay functions, the cosmetic details and voice acting that are currently missing, and final improvements to the look of the user interface.Shadows promises to be a really fun game in its genre, and may very well be another big success for bitComposer if marketed well and released at a reasonable price. Its a smoothly running game with an interesting story and new ideas that has every chance in the world of being a huge success. If I offer any apprehension or warning regarding Shadows it would be to remember that games of this style will always feel heavy handed and repetitive, but that Shadows really tries to break the mold and create a game you wouldn’t mind repeating.