“Too crazy for Saint’s Row.” That’s how the developers at Volition describe the new DLC pack Enter The Dominatrix. Or rather that’s how the characters in the game describe their new adventure. Fans of the series know that parts of Saint’s Row IV were originally intended to be a DLC pack for Saint’s Row III, but there were still a few missions and characters that never made it into SRIV. These scattered missions and incomplete cutscenes have been released in their unfinished state as a DLC pack for Saint’s Row IV and the experience is presented in the same way that movies present bonus content on DVD’s.

The cast starts mocking their own game, much like the gang at Mystery Science Theater 3000

The characters sit around their space ship discussing the cut sequences, why they didn’t work, what was supposed to happen, and even whine about their best scene getting cut from the game. Indeed, this is so crazy that only Saint’s Row could get away with it.

Enter The Dominatrix is a set of missions that can be played in the same way that other side quests are handled, and it become available after the Player completes the introductory section of the main story (About 2 hours in). It starts with fictitious news reporter Jane Valderamma asking the Saints for an interview about the deleted content. This massively self-aware gag will help explain the premise to non-fans who aren’t already familiar with the sudden collapse of the company that published the older Saints Row games. Using this framing device the characters can be openly aware that they are in a video game. 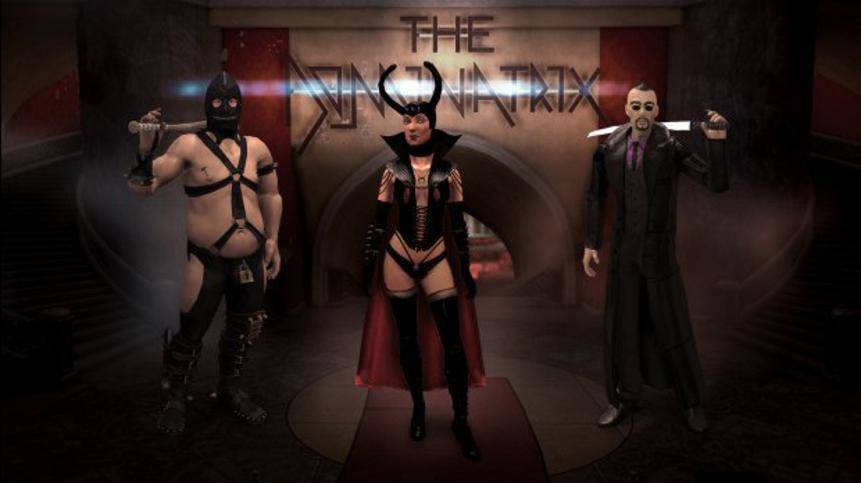 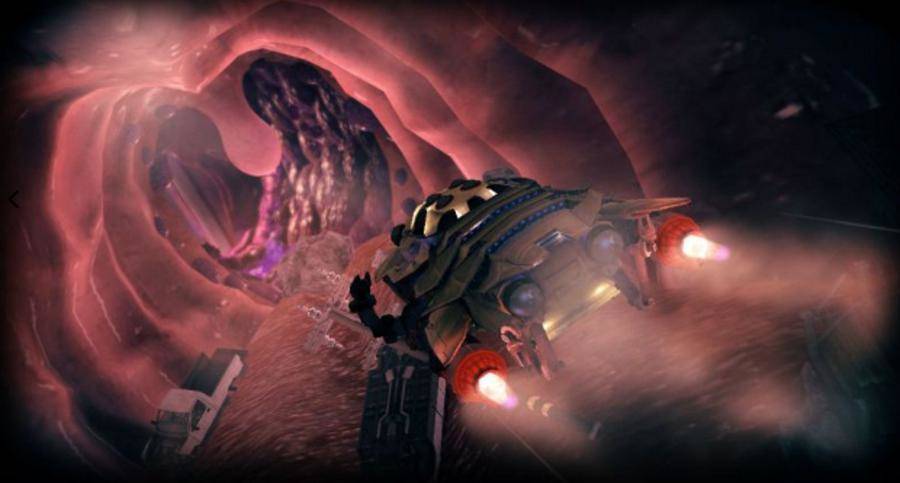 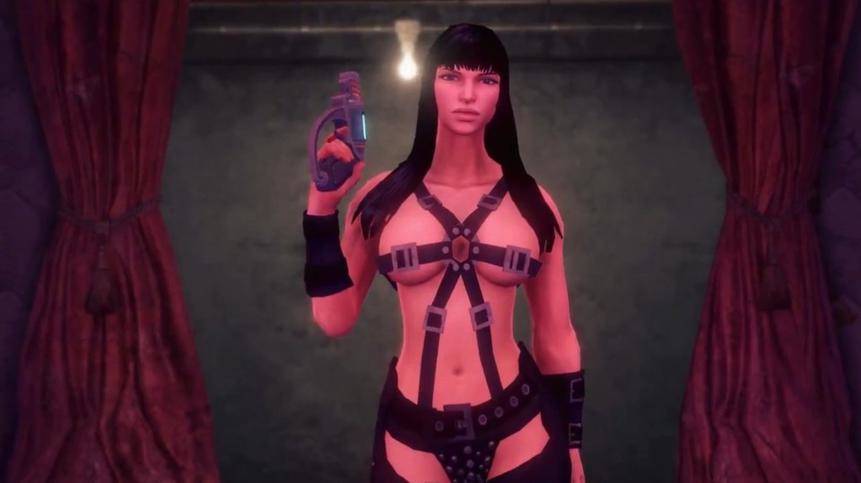 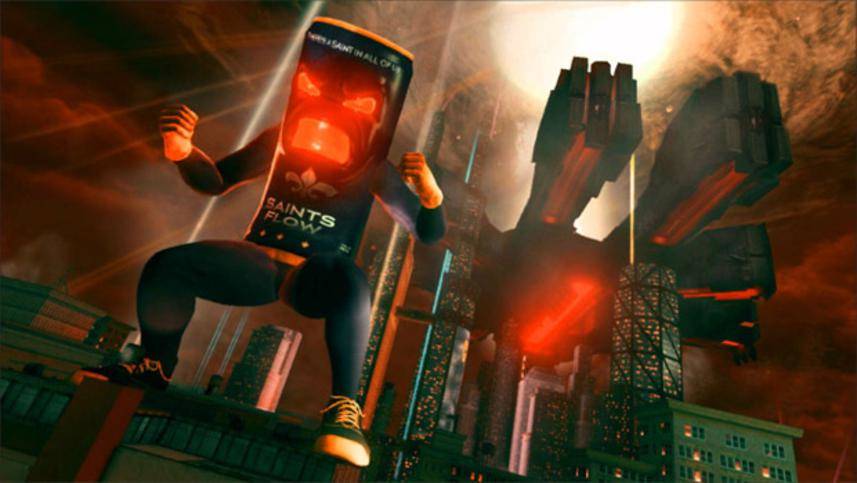 Dialog is partly composed of what was supposed to go in the game, but there are also moments when the cast starts mocking their own game, much like the gang at Mystery Science Theater 3000. Some of the missions are rather lackluster, and the characters often comment on the formulaic nature of mission structure in games, including what they call the “Widget Factory Mission”. Presenting these outtake missions as originally intended definitely wouldn’t be as fun as what the developers ended up doing.

So Smart You Won’t Even Notice

This post-modern narrative where the game designers are making their characters tell the story of how their own game was made would come across pretentious if it were done by an indie studio trying to show how smart they are, but as a Saints Row DLC the cleverness is concealed behind a wall of strippers, furries and leather gimps.

The S&M theme is carried over in numerous ways. The alien soldiers are replaced by S&M troopers who drive gimped out cars with ballgags on the roof and leather bras over the grill. One mission takes place in a sex club where the Boss has to wrangle escaped furies. Even the human pony race from Saint’s Row The Third returns.

Many of these S&M themed items and characters will carry over into the rest of the game as unlockables. These include a few guns and vehicles, but fans will be very happy to hear about the new Homies it adds to the game.

A few popular characters who were in Saints Row The Third didn’t make it back for SRIV. Enter The Dominatrix adds in a few of these familiar faces as companion characters (No spoilers). Then there are the new homies who are completely unique to this content. They add in some fresh chatter while the Player is running around causing trouble, and provide a little more variety for players making a second trip through the game.  Given that it can be played soon after the start, and that it’s a little too easy for a maxed-out character, this is a good excuse to start up a new game.