One of the most successful game franchises of all time, The Sims, offers players the opportunity to build their own worlds filled with people of their creation whose lives and happiness rest in the palm of their hand. Whether you are creating massive family lineages, successfully raising your “Sim” through the ranks of a selected career, or watching your beloved Sim graduate college, you are in control of their every move and you have the power to give the best (or worst) life possible. This God formula is addicting and endlessly fun for millions of fans around the world, and every time a new chapter of the franchise is released, players get to fall in love all over again and explore a whole new way to play. The Sims 4, recently released by EA Maxis for PC, strives to continue this success while growing into its own shoes, and in that the franchise succeeds yet again. Fans will not be disappointed.

Every now and then a game franchise brings something totally new to the table and gets people hooked for decades to com, and The Sims is one of the most successful franchises to accomplish this. EA has released Sim games for almost 15 years, and they continue to succeed because they understand something a lot of games don’t: keep the core formula, add new features. There is also the originality of the franchise; no other game is like The Sims and because of that, it has gained the monopoly on the life simulation gameplay experience. EA Maxis’ new addition to the franchise rides on the success of its predecessors and changes just enough to be fresh without alienating the fans that fell in love with the original concept.

As each new Sims release makes it mark in the game industry, new features are added and old features are removed. This cycle of re-birth keeps ideas fresh and gameplay familiar but interesting. EA Maxis is smart enough to understand that fans want to see small, beneficial changes that don’t hinder the beloved gameplay they have come to know so well. The Sims 4 manages this with beautiful ease.

With the theme of Sims being to create a perfect human representation that you can control from birth to death, EA Maxis has always strived to create the most in-depth and detailed character customization possible. Each game in the franchise has offered more and more options to make your Sim absolutely perfect for you, and in The Sims 4 they have stepped forward leaps and bounds. Players are given new customization options in this installment such as choices of abnormal hair colors and picking a unique walking style. These small details really start to add up, and are topped off by newly added sliders that the player can use to adjust any section of their Sim’s body and face at will.

One of the most evident and successful new additions to this installment is that Sims now fluctuate between different emotional states. For example if a Sim is feeling ‘inspired’ due to the creative artwork around them, they might suddenly desire to talk about those inspirations or to create something for themselves. Emotions are something that has never been featured in previous Sims outings and this addition brings an entirely new level to gameplay, with the moodlet (as it’s called) affecting every action your Sim takes. This feature is a phenomenal choice both in making the game more realistic to life and in adding a new exciting element for longtime fans to play with.
The Sims 2 was the first in the franchise to introduce the idea of a Sim having aspirations. These ranged depending on the personality type you chose for them. They could aspire to make millions, raise a happy family, or even to become a renowned genius. 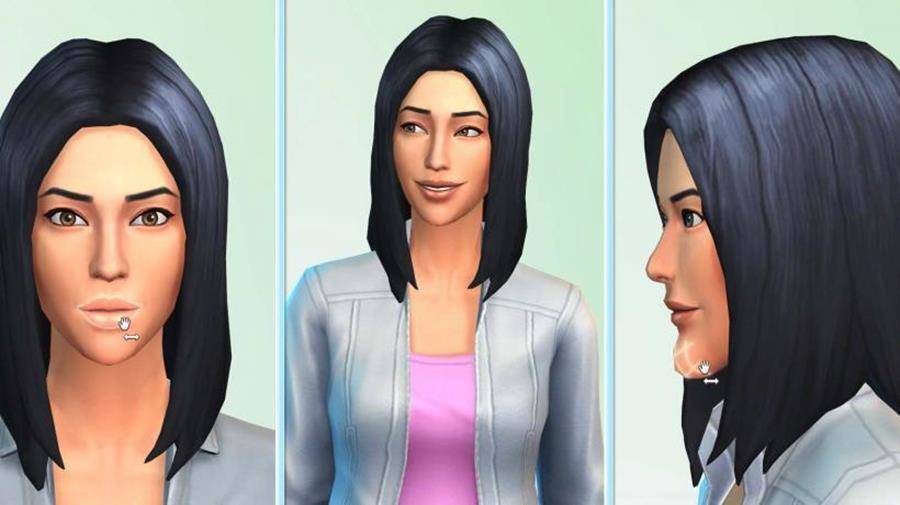 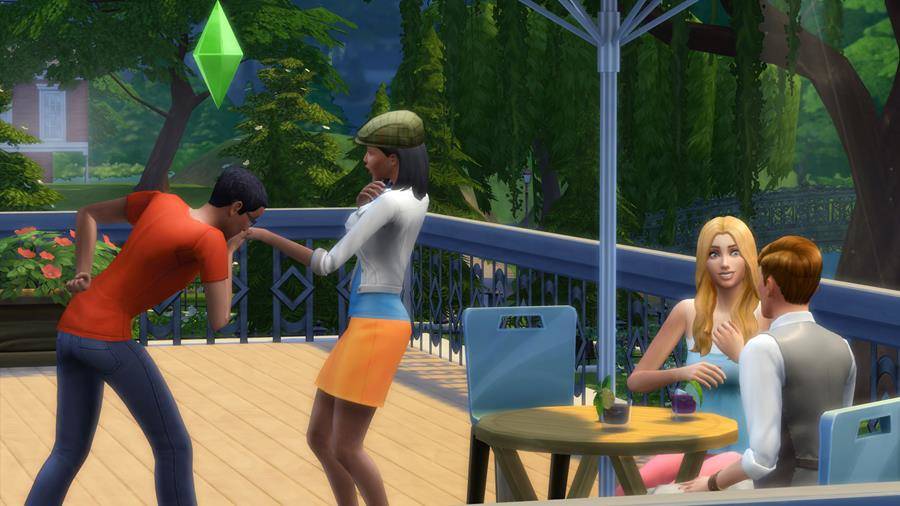 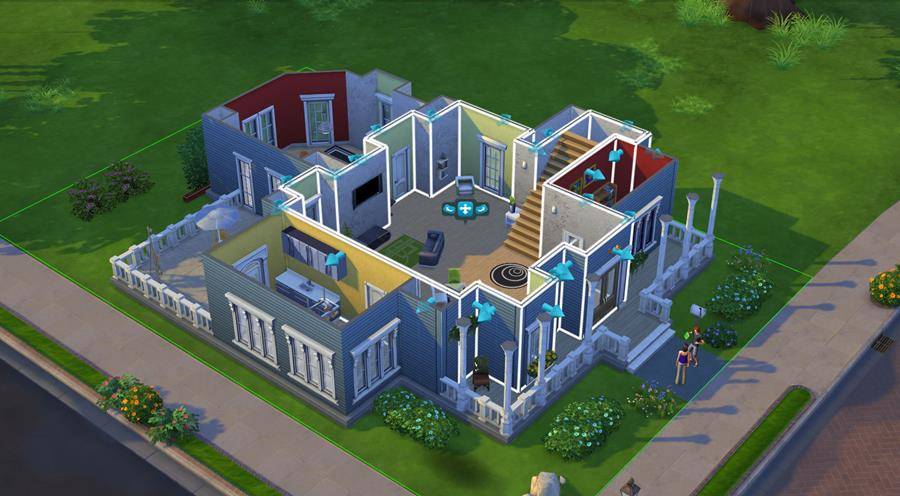 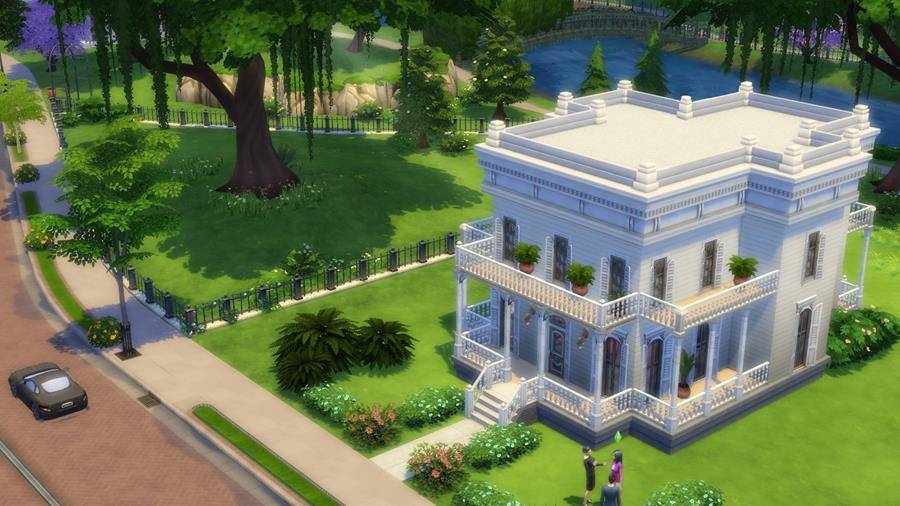 Accomplishing small sub tasks called “wants,” the player would earn points with which to purchase a variety of interesting aspiration-themed items that made their Sim’s life easier and better. The Sims 3 kept this highly well received feature and made the aspirations more specific to their career choices, still having a points reward system that offered interesting gadgets to make the Sim’s life more pleasant.
This aspiration system was retained in The Sims 4 but with some interesting format changes. The Sims 4 offers a new ‘Rewards Store’ where the player can spend points earned from completing tasks with their Sim on potions to help their Sim’s mood, and even new personality traits to give to their character.

Just before The Sims 4 was released, some controversial lists were put together compiling all of the features that were not going to be brought back for the new game. Some of these adored elements were, to name a few: no more swimming pools, the elimination of the toddler life stage, the removal of family trees, and taking away the open-world introduced in The Sims 3. As avid fans of the franchise, it was frankly difficult for people to accept these changes that they were sure could have been kept and whose absence would inevitably hamper gameplay. However, the additions of new features and the removal of other features is a common equation for the franchise and people have always adjusted.

The Sims 3 was such a step away from the first two games that it faced its own controversies upon its release, and several of the changes made during production of The Sims 4 moved the game back to the more popular format of The Sims 2, a change that should see most fans of the franchise elated.

With so many elements both removed and added The Sims 4 is a sure step in the right direction for EA Maxis. They seem to have finally found their stride within the franchise, with a clear idea of the kind of life simulation game they want to produce. In many ways, The Sims 4 is a welcome return to the original format of the first two games, while keeping some of the more modern additions brought in by The Sims 3. The Sims 4 is a fantastic blend of its predecessors and will be sure to bring in new fans as well as continue to captivate its loyal audience.