After being announced in 2007 and having been over a decade of waiting, Starcraft 2 : Wings of Liberty fell into every gamers hands in 2010 and what a whirlwind it caused. The Starcraft series is notably one of the biggest RTS (real time strategy) games for the PC and the original still reigns as one of the biggest competitive games held at many events across the world.

Star Craft 2: Wings of Liberty, is part one of three planned expansion packs to be released by Blizzard over the next following years, allowing the gamers to play the story from completely different races. Just like its predecessor, Star Craft 2’s universe revolves are the classic races. The ancient and intelligent alien race, the Protoss, the hive creatures, the Zerlings who are controlled by their queen, Sarah Kerrigan and the exiled race of humans known as the Terrans, who take the central focus of the first Starcraft 2 release.

Wings of Liberty is a direct sequel to its predecessor and you begin with a battle ravaged and bitter version of Jim Raynor, the Terran captain from the original game. After 4 years from the events taken in the first game during the Brood War, you find youself in control of Jim Raynor and his newly formed “Raynor’s Raiders,” in a revolution against the Dominion, another faction, who now hold the most power in the galaxy. Sarah Kerrigan, the Zerg queen from the original game, has taken her zerg swarm and vanished after gathering at a location known as the Char and the Protoss now own a large state in galactic affairs. You’ll pilot Jim Raynor and your troops to retrieve artifacts left behind from the Xel’naga, a race that was considered to be the most powerful beings in existence. 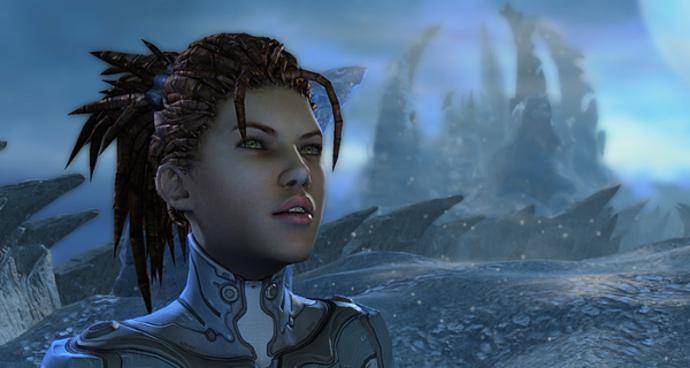 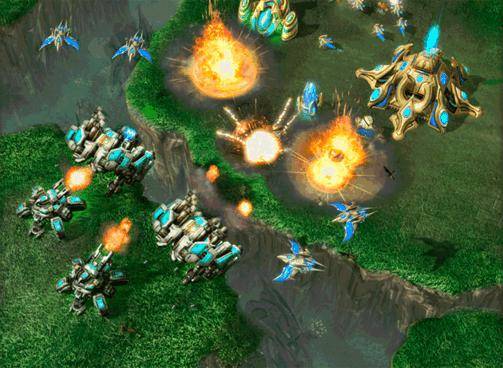 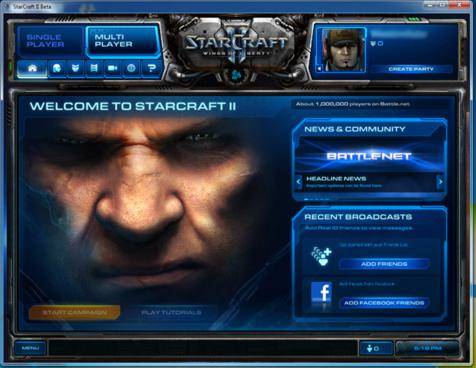 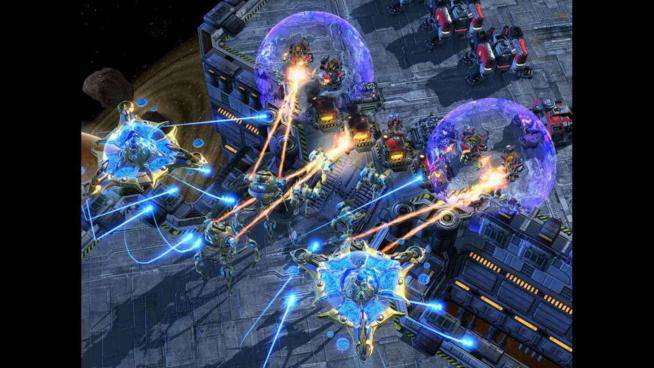 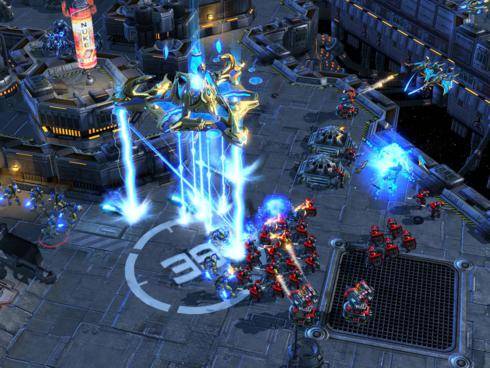 Along the way, you’ll find your own comrade Tychus who will play a large role in your travels. You’ll also find yourself in the aid of a psychic assassin, Gabriel Tosh, and a researcher by the name of Ariel Hanson who are saved by Jim Raynor’s team and the return of the dark templar protoss, Zeratul, from the original game. After receiving a future telling psychic crystal, Jim sees that this war is about to get a whole lot more messy. After making a deal with one of the Dominion warships who ends up being the son of the current leader of Dominion, you’ll receive help retrieving the last artifact in an effort to stop the impending return of the Zerg and restore Sarah Kerrigan back to her human form. After a long battle and an surprising mutiny, the game ends with Captain Raynor carrying Kerrigan across the battlefield in his arms.

If there is one thing that Starcraft 2 accomplishes, it’s what Blizzard does best and that’s to create an immersive video game experience. Aside from an amazing, 27 missions that all come with their own purpose and add to the replay value of the game. You’ll even find yourself branching out on optional side missions to get additional items and money for your units and cause. The action is over the top as ever and fast paced, nothing is more exhilarating that creating troops in preparation for an impending attack. You’ll find yourself locked in multiplayer games for hours trying out the new units like the Terran Repears, the Protoss Colossus or even the the zerglings new explosion move. As the saying goes, “if it ain’t broke, don’t fix it,” and Blizzard stuck by that motto when they constructed Starcraft 2. Seeing as it’s predecessor set the bar for any RTS game, it makes sense that they would want to stay true to what they as well the gamers all love and enjoy about the series. Little added features like an improved camera and shadows changing during through the day shows some of the aesthetic details Blizzard paid attention to.

Starcraft 2: Wings of Liberty has what every gamer and lover of the franchise is looking for. A great an immersive storyline, lots of action, a superb soundtrack, new units and with two more expansions confirmed and heading our way, with the newly restored Sarah Kerrigan being the central focus of March 12th, 2013, now would be a great time to go and pick this title up.