9Based on
2 ratings
Login / Register to rate.

Set one year after the events of its predecessor, the Dark Knight returns in his never-ending crusade against crime and villainy in the second installment of the new Batman games. All the inmates of Arkham Asylum and Blackgate Prison have been put in a walled off part of Gotham City dubbed “Arkham City” and left to fend for themselves, with old enemies coming out of the shadows all the while, some to form gangs and vie for power amidst the chaos of the prison-city, others biding their time and hatching secret diabolical plots. The sequel to the critically acclaimed Batman: Arkham Asylum takes crime fighting to a whole new level and will hopefully usher in a new generation of superhero Action-Adventure games that aren’t campy or poorly made.

Armed with the Detective Vision, Batarangs, Batmans Fists (which are devastating weapons in their own right) and a whole bunch of brand new, shiny Waynetech gadgets, you assume the role of the world’s greatest detective once more but this time with an entire City out to get you. The developers have really avoided a common pitfall in the going genre while making this game, which is keeping combat exactly the same, and although the brutal-yet-sophisticated fighting style of Batman hasn’t changed, we do see the addition of some extra take downs, gadget combos and even multiple enemy take downs, adding some nice spice to game-play that keeps it from getting stale and feeling like a recycled version of its predecessor. 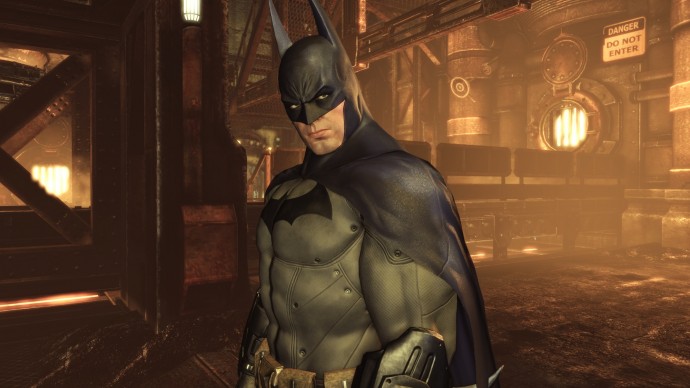 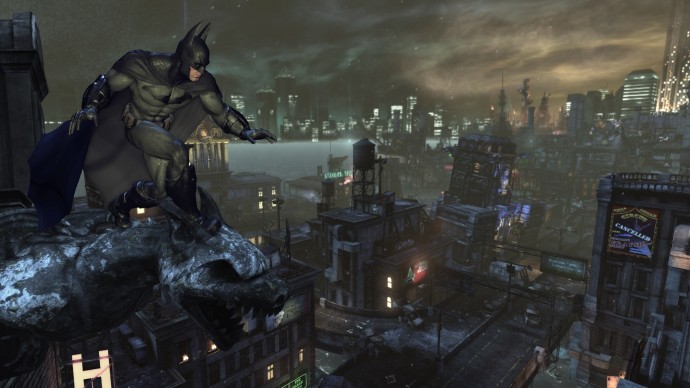 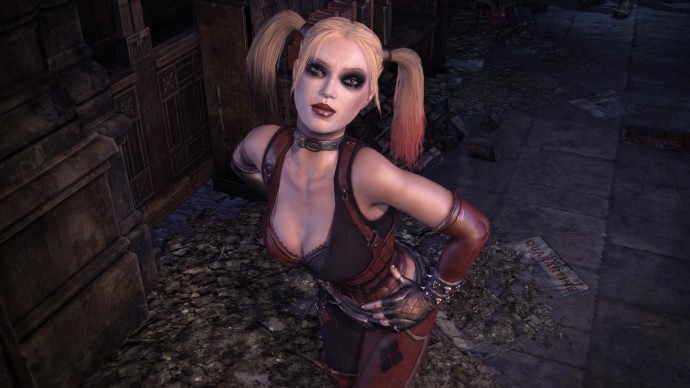 Another welcome addition to game play is the ability to play Catwoman (in both story-mode and challenge-mode), and although the radical difference between Selina Kyle’s wholesale nfl jerseys style and that of “Bats” takes some getting used to, it is an extremely fun and rewarding experience. Playing as Robin or Nightwing is also possible; it is however a bit disappointing that they are only playable in the challenge mode, although you get to play as Robin in the DLC story-mode expansion “Harley Quinn’s Revenge,” which is better than nothing. The play-styles of the former and current sidekicks will definitely keep players hooked for hours, each coming in with their own fighting style, gadgets and take downs.

Much like the previous game, as you progress through the Story-mode you will find trophies and puzzles placed throughout Arkham City by The Riddler, and as you collect them you get access to some very interesting Unlockables such as Concept Art, 3D character models, interesting back-story and challenge-mode levels. The challenge-mode is an arcade style mode separate from the story-mode in which you take on fighting or campaign missions. You’ll test your skills as any of the four wholesale nfl jerseys playable characters and try to beat high scores; very fun, addictive and entertaining even far after you’ve finished the game, as you can always return for a quick round of bashing henchman face and breaking henchman bone.

Once players have finished the story-mode they will undoubtedly be craving more Batman; it’s just that good. And for that purpose the creators of the game have added in a “Story-mode plus,” an increased difficulty version of the campaign mode in which you start with all the gadgets and upgrades that you unlocked in the regular story-mode but you’ll be also up against tougher opponents with improved AI. Although it is an admirable effort to cater to some of the more hardcore gamers, it still feels a bit easy for a hard-mode

The game overall has a shallow learning curve meaning that you can jump straight into the action when you start, but the challenge somewhat diminishes as you progress. The boss fights are a little bit on the easy side as well, which will leave some of the more veteran or hardcore gamers craving a bit more challenge.

Gotham as you know it from the comics and cartoons comes to life! From the first moments of entering the game you notice the gloomy and grim tone of the corrupt and crime ridden city, with the dirty streets, the worn out structures, the rubble and debris and the architecture; the artwork really does make the Batman universe come alive around you and makes you feel as if you really are inside your own batman comic or movie. The design of the fictional city-within-a-city is simply stunning.

The character design is a 2013! thing to behold, the models looking great and the animations seamless and smooth even when you’re facing over twenty enemies in cheap nfl jerseys a single fight. The character design is heavily inspired by the comics without being too unrealistic or over the top, and the nice selection of different skins to choose Advertising from keeps things interesting; players are given many Batmen (?) to June choose from, including Beyond Batman, Animated Batman and (my personal favorite) Dark Knight Returns Batman. We see nearly all the characters in grittier and more realistic versions of the costumes that they’re remembered for in the Comics. Top-notch work by the graphics department is instantly noticeable and much appreciated.

You can’t have a good [PS4] Batman game without a good story to keep you on the edge of your seat with excitement; a game like this would be very much dependent on good story telling and staying true to the Batman universe and it does not disappoint one bit. Continuing in the same narrative as the previous episode, we get to see some more of the classic batman villains Fifa we all love (or love to hate), including The Penguin, Two-Face, Dr. Zsasz, Mr. Freeze, Dr. Hugo Strange and more. Also returning from the previous game are of course The Joker, Harley Quinn and The Riddler. The game is like a super-villain all-star and they’re all out to get a piece of the Bat. Brilliantly written, the story is well paced, consistent and will take you on a roller coaster of excitement as you meet (and beat) the villains you’ve read about or watched as a kid.

The excellent voice acting really helps bring the storyline to life, starring once again Mark Hammil as The Joker and Kevin Conroy as The Dark Knight; the two’s experience and chemistry from working together on the animated series for years makes the characters come to life and really adds that extra dose of awesome.

The overall sound design of the game is spectacular, punches start sound like punches and not someone slapping a water balloon and the good quality of the sound effects helps keeps you immersed and further sucks you into the game.

And of course no Batman is ever complete without an epic orchestral score that really gets you into the gloomy and Gothic mood of Gotham. Featuring Ron Fish, one of the very talented people who worked on soundtrack of the God of War series, the score feels inspired by the orchestral tracks of the old 1992-1995 Batman: The Animated Series, but it takes it a step or two further into its own genre, a genre which can only be described as “Batman Music.”

At this point readers might be wondering why I praise the game so much and almost never mention any flaws; well, that’s because there’s hardly anything wrong with the game! cheap jerseys free shipping It’s just one of those rare cases when a game is genuinely good and the developers know what they’re doing, with good writers, good artists and good programmers. All in all, Batman: Arkham City doesn’t leave much to be desired, apart from another sequel. This game is a must play by any standard and is highly recommended. The question remains, though: how will Rocksteady Studios top it with their next release?