Ridge Racer 3D – now over a couple of years old – is staunch reminder of two things. First, arcade racers are awesome. More titles should drop the realism and rap music of recent racing titles and should instead employ someone to shout down the speakers at you.

The second reminder is of how little we expected from the 3DS at launch. For all the things it does right – and it does do some things right – it feels like there would be very little reason to buy it today.

Ridge Racer 3D is an arcade racer through and through. You drive very quickly around tracks around the world in fancy sports cars, trying to beat a certain time, then you rinse and repeat. For some, this will sound like the most boring thing in the world, and Ridge Racer will do nothing to convince you otherwise. 3D wasn’t ever going to be the poster child for the franchise, nor the genre, and it certainly wasn’t going to convert anybody. 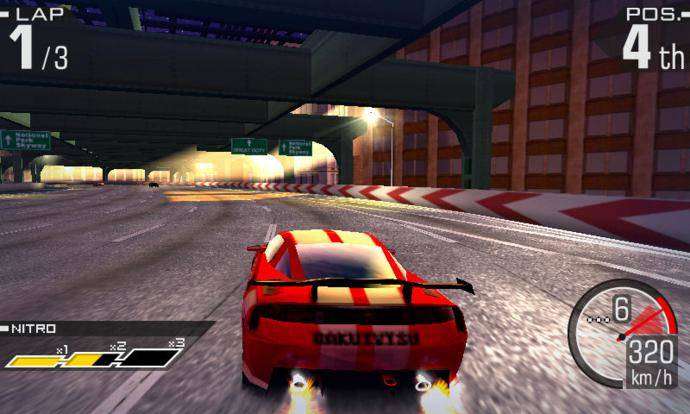 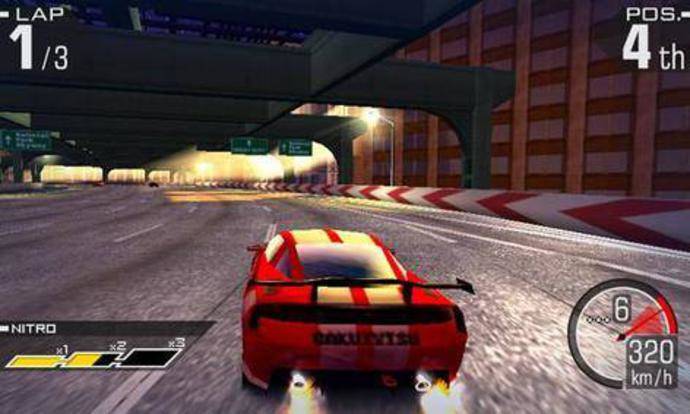 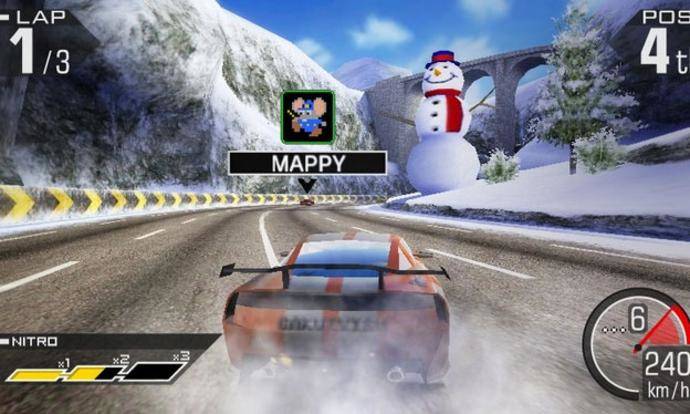 And funnily enough, nostalgia is exactly what you’ll get from Ridge Racer 3D, visually, if in no other way. The game doesn’t look great. As sexy as the cars appear to be, it’ll feel like something more Gran Turismo 2 than it will 3DS current-gen. This is disappointing, especially since we’ve seen titles in the time since – Kingdom Hearts and Metal Gear Solid spring to mind (both more complicated games) – that prove the 3DS is actually quite a capable machine.

I've seen Ridge Racer 3D described as solid. I agree, to a certain extent, but only in as much as it's a foundation to something that could be far better.

It was a launch title, and it’s important to remember that when playing.

None of this is important, however, as what you really want to hear is how well it handles. Unfortunately, the answer is not especially well. It just about works – going around corners almost feels you might get the hang of it, with time and practise, and the sense of speed is definitely there. If I was desperate to play something, anything, that would take me back to the Ridge Racer and Need For Speed games of the PS1 era, I probably wouldn’t be disappointed by 3D.

I wouldn’t be super thrilled, but my time with it wouldn’t feel like time wasted.

There’s a wide degree of cheese on offer, from the music to the speech from the commentators/co-drivers, and this helps in the effort to not take anything too seriously. It’s just silly enough to pay off, and you might not mind the occasional shortcomings of the control scheme.

How soon that day will come depends entirely on how much you rely on online multiplayer for longevity in a racing game.

There’s a local versus mode, but you’ll need more than one machine and it doesn’t quite make up for global matchmaking. If you’re the sort of sad, lonely person who doesn’t know a huge amount of people who can’t wait to play local matches with their 3DS, you’ll be doomed to playing single races over and over.

I’ve seen Ridge Racer 3D described as solid. I agree, to a certain extent, but only in as much as it’s a foundation to something that could be far better. With some polish, a facelift and a load of extra features, Ridge Racer 4D could be something very special, an arcade racer that gives fans everything they want and a reason to keep returning.

Until that day, this game will remain “solid,” a title that you’ll probably replace as soon as you find something better. And today, there are definitely games that are better.