Attack of the Friday Monsters A Tokyo Tale Review

Attack of the Friday Monsters A Tokyo Tale

Attack of the Friday Monsters! A Tokyo Tale Review – Intorduction

Remember what it was like being a kid? Playing outside, making up weird games with friends, being confused by everything that grown ups do, and having an overactive imagination? If so, good, because that’s exactly the nostalgia Japanese developer Millennium Kitchen taps into in Attack of the Friday Monsters! A Tokyo Tale.

Friday Monsters was originally released in the second installment of developer/publisher Level-5’s Guild series, called Guild02. The majority of the games included in these compilation packages have been given English translations and ported in digital-only format for the Nintendo 3DS eShop.

The story has some wasted potential

Each game was conceived by a notable Japanese developer, like Goichi Suda’s Liberation Maiden, and Keiji Inafune’s Bugs vs. Tanks. Millennium Kitchen’s claim to fame is their Boku no Natsuyasumi (My Summer Vacation) franchise, which, like Friday Monsters, focuses on the adventures of a young boy.

Set in 1971 in a small town on the outskirts of Tokyo, the game stars Sota, a kid that just moved to the area with his parents. As a life sim of sorts, most of the time is spent talking to people, with Sota lending a helping hand, engaging in shenanigans with his friends, and exploring.

Like many kids in Japan during the 1970s, Sota and his classmates are obsessed with the monster programs on TV. These shows often depicted a gigantic human and beast facing off in the middle of a city. However, in this town, the monsters are real, and have started to show up every Friday night to do battle. Naturally, Sota and the rest of the gang want to get to the bottom of this, so they embark on quests to uncover the mystery. 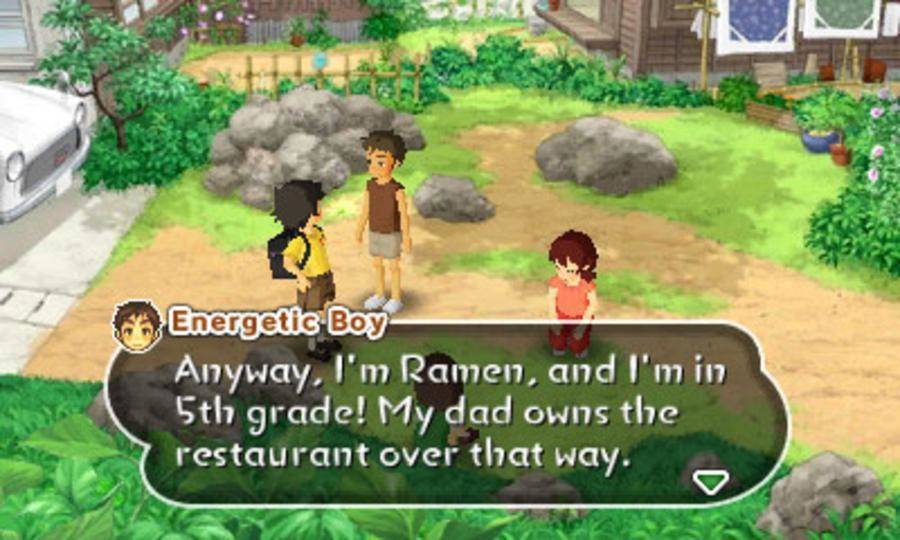 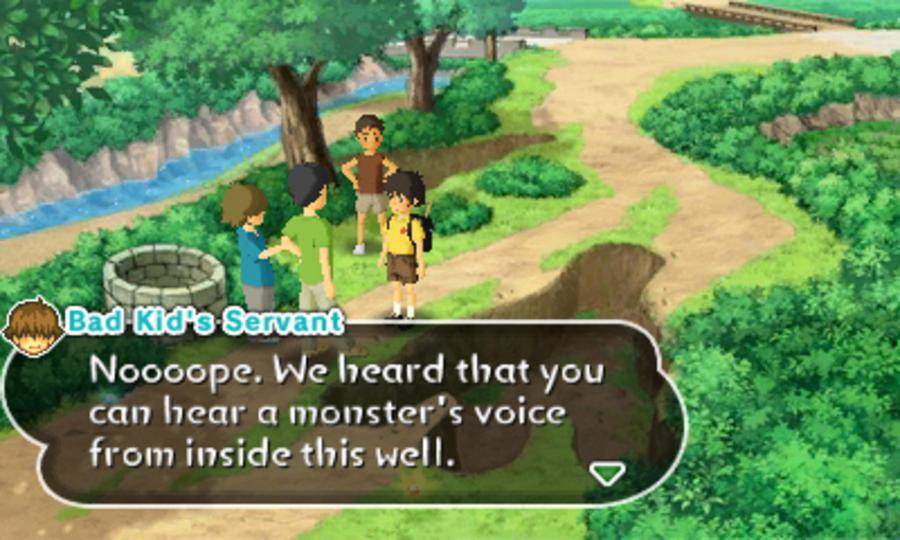 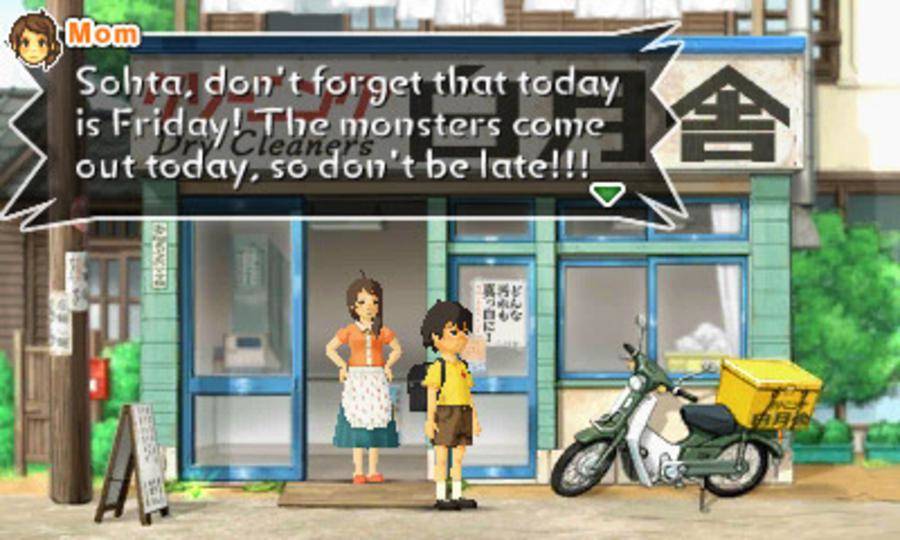 The quests are split up into episodes. The map shown on the 3DS’s bottom screen shows where some of the episodes start, but many are triggered automatically just by speaking with the right person. This can be a little confusing, as Sota will be in the middle of, say, episode two, then suddenly activate episode nine.

Despite how scattered this seems, most of these missions can only be finished after others are turned in, so even though they appear to be out of order, there is a structure at work that keeps the narrative flowing. Still, a better presentation would have been nice.

The Ancient Art of Roshambo

Other than wandering around chatting with citizens, the other aspect of the gameplay is Monster Cards. Littered throughout the map are glowing objects called Glims, which are apparently dropped by the monsters and left behind after they fight. Collecting enough of them will yield a card that’s used in a game that Sota plays with his friends.

Makes for a pleasant trip down memory lane

Monster Cards is a basic, rock, paper, scissors style card battle, but it’s kind of fun to play. The biggest problem with it, however, is that it’s really only required to play three or four times, which makes all this running around to find Glims in order to build a full deck and create better cards seem wasted.

The story has some wasted potential, as well. It starts out fine, and is mostly charming, but it starts becoming nonsensical around the mid-point and doesn’t stay as grounded as it should. The ending comes too soon, as well, and isn’t exactly satisfying. There is a nice free-roaming epilogue, though.

Friday Monsters would be a more worthwhile experience if the plot didn’t crumble and fall flat, and if the gameplay held up. It makes for a pleasant trip down memory lane, and Millennium Kitchen’s goal to recreate the fantastical aspects of childhood ring true. Beyond that, it doesn’t have much else to offer.