If you haven’t played any of the Mario & Luigi series, I strongly urge you to do so, as they are some of the most thought out, inspired and creative titles Nintendo has ever developed. From exploring the Beanbean Kingdom in Superstar Saga to Mario & Luigi trying to communicate with baby versions of themselves in Partners in Time, the series stays true to its tried and tested gameplay, with the addition of a few new features in Dream Team.

Very rarely have I played a sequel that reignited my passion for the series, making me want to go back and revisit those previous quirky and adorable adventures. Dream Team has been successful at doing just that. After the 45 hours and 13 minutes it took me to complete everything, I immediately dusted off my – quite worn out – copy of Superstar Saga and started a new game.

Very rarely have I played a sequel like this, that reignited my passion for the series, making me want to go back and revisit those previous quirky and adorable adventures

This time round, Princess Peach and her loyal subjects are invited to a resort of sorts located on Pi’illo Island. After a few heartwarming sequences which act as tutorials for newcomers, the main antagonist of the game, Antasma, appears. He then goes on to capture Princess Peach, – no surprise there – taking her to the dream world.

Mario must then enter Luigi’s dreams in search of Princess Peach. During their rescue, Mario & Luigi will discover the true mysteries of the island and how everything relates to the Dream World. Rest assured that’s only the beginning.  After all, it wouldn’t be a Mario & Luigi game if Bowser wasn’t involved…

Now, with 2013 being the year of Luigi and all, I have to say the developers have done a fantastic job of portraying Luigi as a true hero. Throughout the game he is looked down upon and constantly considered a second class citizen. What Dream Team manages to do is capture Luigi’s inner bravery and heroism. Through the medium of the dream world, all of Luigi’s subconscious thoughts and emotions are, quite literally, displayed on screen. By doing so, Dream Team becomes its own unique entry in the series, adding a much, much deeper emotional level than in previous entries. 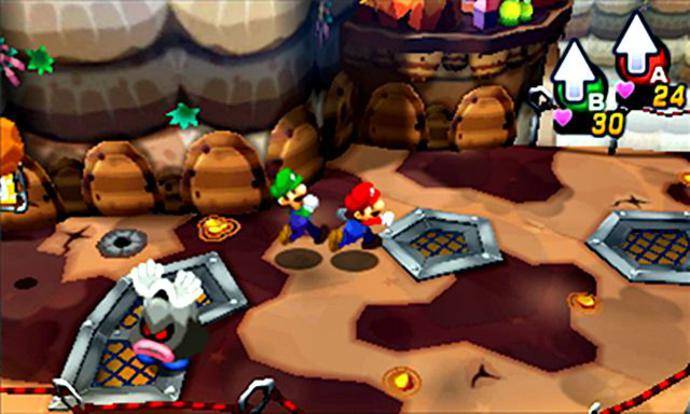 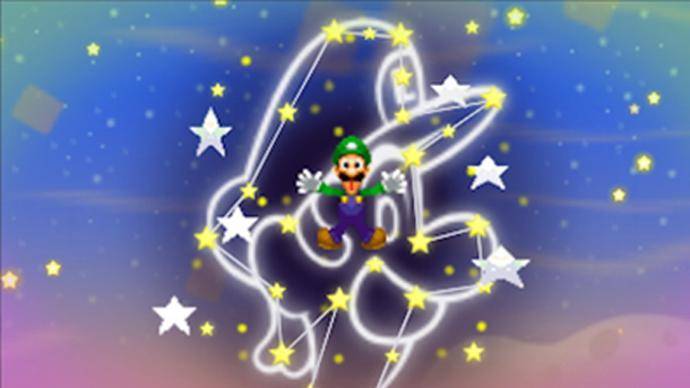 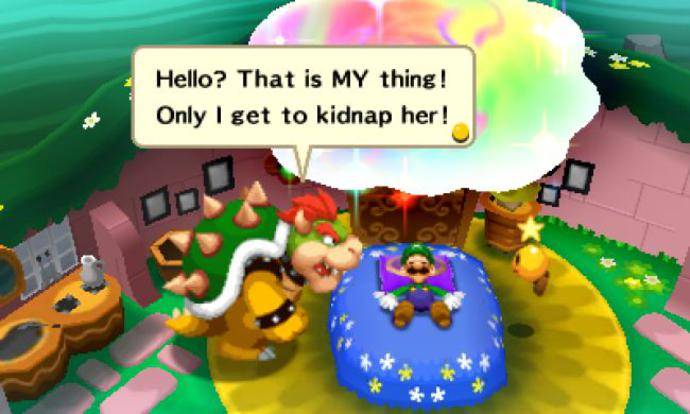 Mario & Luigi Are Back

You don’t need to read a review to know what combat in Mario & Luigi is like. Dream Team is no different, with battles following the – turn based – attack, dodge, attack, counter system. A surprisingly pleasant feature is the inclusion of the ‘expert challenge’ award system. Throughout various areas in the overworld you’ll receive awards in the form of points (E.g. No Hitter 1 for dodging attacks 10 times in the first area of the game). While it might seem like it’s just there for show (and bragging rights), quite a few ‘gear’ pieces, such as wear or gloves rely on the expert challenges, boosting your stats according to the cumulative amount of points.

Most of the changes to gameplay come in the form of the dream world and the abilities you gain when deep within. When entering the dream world, you’ll see the world change from a 3D perspective to a 2D platformer-esque environment. The Dream World is truly unique, enveloping Mario and ‘Dreamy’ Luigi within a magical, surreal world, where Luigi is all and all is Luigi.

The Dream World is truly unique, enveloping Mario and ‘Dreamy’ Luigi within a magical, surreal world

If you thought that Mario & Luigi’s actions in the overworld were varied, you’ll be astounded by the incredible options that the Dream World opens up.  Every area in the overworld is portrayed differently in Luigi’s dreams with key objects such as trees and drills becoming fully interactive.

These dream objects are controlled by interacting with Luigi on the touchscreen and this is, without a doubt, where the game truly shines. If you remember the enjoyment of grabbing Mario’s ears, nose and whatnot on the title screen in Super Mario 64, then Dream Team will not disappoint. Grabbing Luigi’s body parts and basically mutilating them to your advantage make for some of the most enjoyable – and hilarious – moments in the game.

There aren’t any traditional collectibles in Dream Team, instead Mario & Luigi are tasked with finding the original inhabitants of the island trapped in the Dream World. There is little reason to go back and find them all, though, as you will have saved almost all of them by the time you reach the final boss.

Hilarious, Charming and Slightly Stupid (In a good way)

The remade sprites in Dream Team are as gorgeous as ever, with the 3D effect having been implemented in a subtle, yet evident way. The animations also have the same charming effect they did in previous entries, making for a lighthearted adventure filled with chuckles from start to finish. Any fan of the series will surely appreciate what Dream Team has to offer.

The dialogue is… well, it’s what you would expect from a Mario & Luigi title. At times, I hoped for a little more of that playful pappati-poopity banter between the brothers – as there is a little less than previous entries – but the amount that’s there will make you laugh – or cry – yourself to exhaustion!

Mario & Luigi: Dream Team relies very heavily on nostalgia and in order to truly appreciate it one should play through any previous entry first. Of course, the game stands very firmly on its own two feet, but having experienced everything the brothers have had to go through adds that much more to the overall experience.

Don’t write this one off! Bowser’s Inside Story might have been a little lackluster at times but Dream Team completely reinvigorates the series, adding levels of emotion and more of that incredible innovation that Nintendo is known for.

Let’s just say that this is a dream you definitely won’t want to wake up from.