When Nintendo releases a game, it is generally a normal experience.  At the worst, it’s perhaps a Mario game with a twist, ala Mario Galaxy.  However, Nintendo’s latest release – yes, this game has been available in Japan for over a year – is completely off the wall. For a title that does so little, Tomodachi Life is insanely addicting, witty, and often downright strange. It does, however, deserve your attention!

Is it Really a Game?

To call Tomodachi Life a game would be stretch. To liken it to the Sims, which many including myself have done, would also be completely incorrect.  And comparing this title to Animal Crossing is like comparing apples and oranges. Tomodachi Life is probably most like those Tamagotchi toys so many of us had when we were young. You are tasked with keeping a group of Miis happy by completing the tasks they each have. These range from feeding them food, buying them clothes or new apartment themes, or even introducing them to other Miis that have landed on the island.

For a game that does so little, Tomodachi Life is insanely addicting, witty, and often down right strange

Each Mii has his own unique likes and dislikes. These preferences are based on how the Mii is initially set up. Players can choose how normal or quirky their Mii is, if they are relaxed or tense, and a number of other characteristics. How these questions are answered will determine what personality your Mii will have; furthermore, it will define your Mii’s likes and dislikes.

The only disappointing customization feature is the voice acting. It is downright horrible. It does not matter how much time you spend trying to customize the voice, it will always sound incredibly robotic. 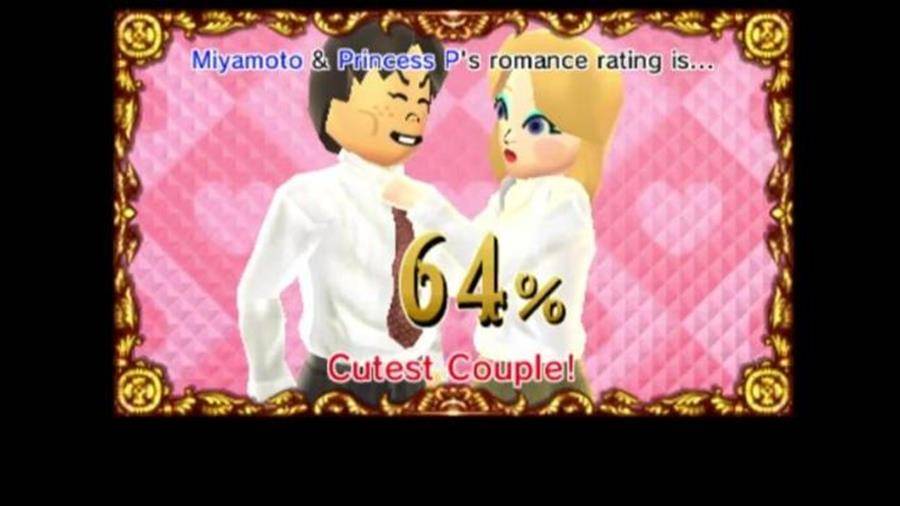 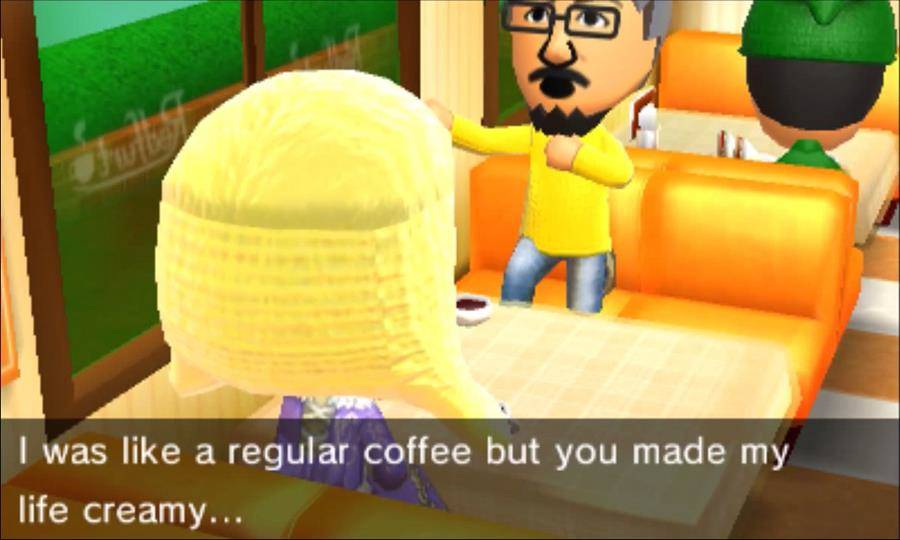 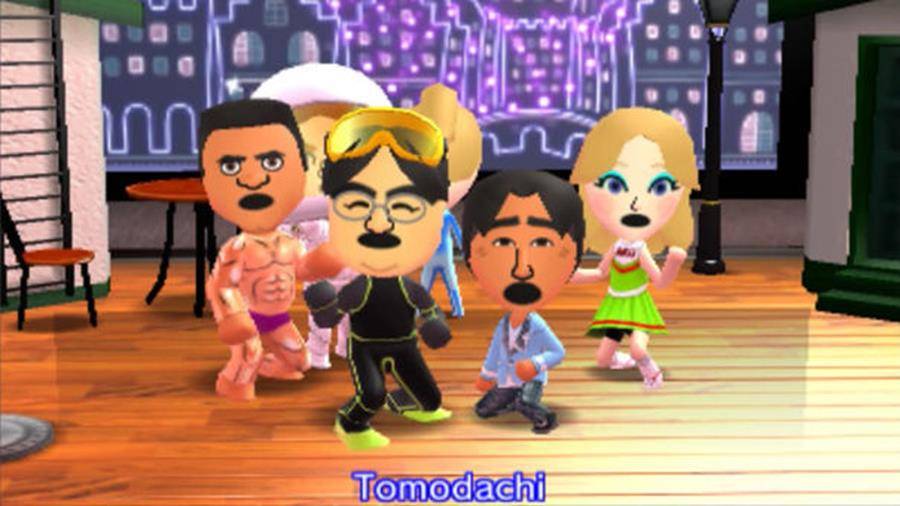 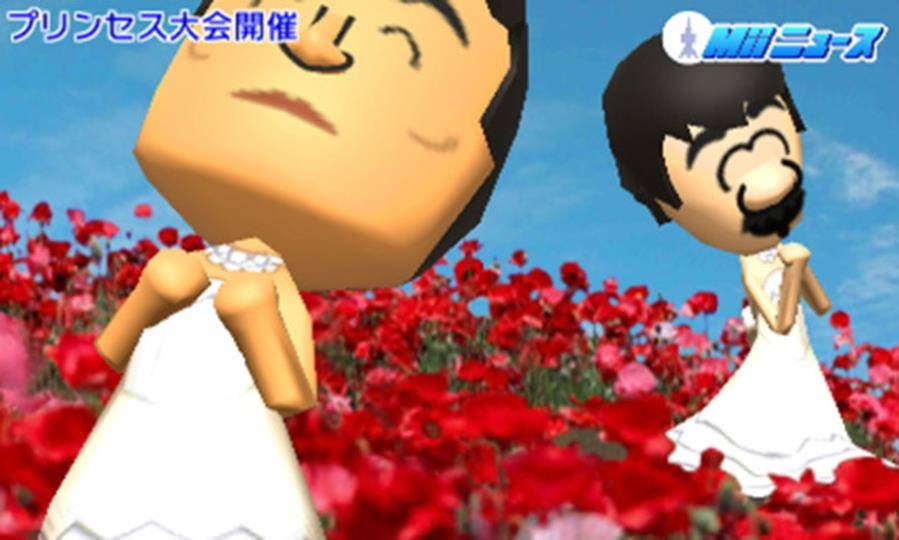 As the player, you collect money in a variety of ways, and then spend that money on new outfits, hats, food, entertainment and more, all with the end goal of keeping your Miis satisfied. Miis will give you collectible items that can be sold at a pawn shop when you complete the mini games they present you with. The mini games are not challenging, and it seems like a missed opportunity at adding more depth to this game. In a nutshell, this is Tomodachi Life.

Innovative, but at times, Lacking

What keeps me coming back to Tomodachi Life is the desire I have to see what new, wacky things my Miis are doing. Sometimes, I will catch them farting, running around the room with their arms outstretched pretending to be an airplane, or simply rolling around their apartments. At night, I can infiltrate their minds to see what weird dreams the Miis have. For example, I recreated my five year old son in the game, and apparently, his worst fear is being hung up on a conveyor belt and dipped in paint. Odd? Yes. Funny and quirky? Absolutely.

The problem is that there is not a whole lot to do. If you purchase this title, it’s definitely a plus if you buy the digital version, allowing you to jump in and out without worrying about changing up cartridges. For myself, I play the game in 15 to 20 minute segments. I quickly take care of the Miis, purchase what ever the daily specials are in all the shops, and work towards collecting all the items in the game. But this is it. This is the game. But it is definitely something I will be returning to daily for weeks.

Tomodachi Life is definitely not the craziest game to be released in Japan, however, in North America and Europe, this game hangs off the edge of crazy

My own love for the game is not indicative of what the general public is going to feel. Few people will pick up Tomodachi Life because they won’t be able to justify the cost of the game for the content it contains. It is an unfortunate reality, but one that Nintendo may not have thought through completely this time around. It’s odd that a Mario franchise title such as Mario Golf can deliver loads of content for only 34.99, but Tomodachi Life, with much less content than Mario Golf, retails at a steeper price of 39.99. Until this game gets a significant discount, sales will not be what Nintendo may have been expecting

Designing for the Future

In my opinion, Tomodachi Life is simple because it needs to be simple. It’s definitely not the craziest game to be released in Japan; however, in North America and Europe, this game hangs off the edge of crazy. If Tomodachi Life sells well, I would not be surprised to see a more complete game in the future, with more customization options, housing options, and interactive options. I expect a future game more in the vein of Animal Crossing and the Sims then what it is now.

Tomodachi Life is not a horrible game. It is just simple, and simple is not always bad. It makes excellent use of the Mii system like no other game has done in the past. Sure, I can whack a tennis ball around or race against Mario and friends, but until now, my Mii has never been more alive and active in the Nintendo universe. Regardless of it’s lack of depth, I continue to go back to it day after day, to observe the wackiness that goes on. The long list of collectible items also drives me back. I enjoyed handing my 3DS off to friends and family, having them create their own Miis that I can interact with later. It is unfortunate that gamers will only be able to enjoy this title at a steep price. Overall, it’s a great release my Nintendo, and hopefully they will build off this in the future.

If you love creating and interacting with Miis in other Nintendo titles, this game is definitely for you, and the price will probably not be a deterrent. If you are just simply interested in experiencing the craziness that Japan has to offer, definitely pick this title up the moment you see it on sale. It is very worth your time.