When Metal Gear Solid 3: Snake Eater came out in 2004 the world had gone past fear of a Third World War and shifted its focus to the War On Terror. Inter-Continental Ballistic Missiles were passé, replaced by thoughts of Dirty Bombs. So instead of setting Metal Gear Solid 3: Snake Eater in the near future, Kojima Productions chose a Cold War setting filled with quaint talk about the good old days when people only feared mutually assured destruction. Now, nearly ten years later, the notion that Saddam Hussein will unleash his dreaded Weapons of Mass Destruction is gone, and the world has once again turned its eyes to ICBMs in the hands of those pesky Commies!

By the time Snake Eater arrived, the continuity of the series was hard to follow even for loyal fans, so Snake Eater was a prequel set long before the other games. It chronicles the early adventures of the villain from the first game as he sneaks through Russian jungles in an attempt to avert a nuclear war. It’s a good introduction to the franchise for people who haven’t tried the others, and players don’t even need to have played the other games to understand what’s going on (There are plenty of insider gags, though). 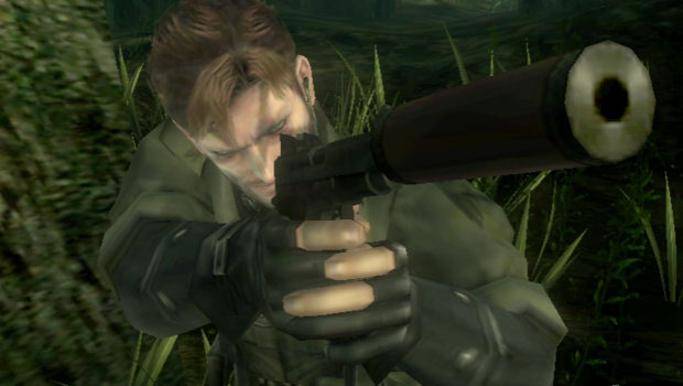 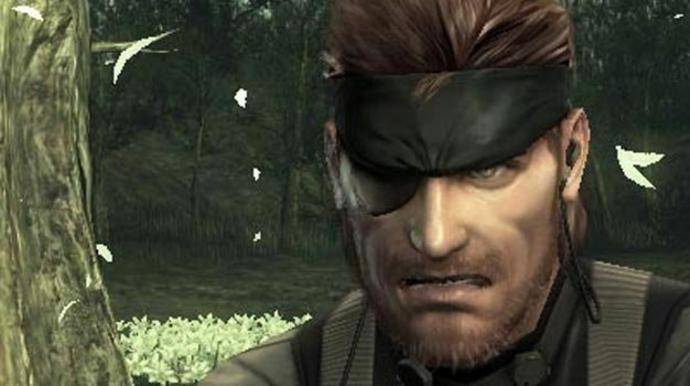 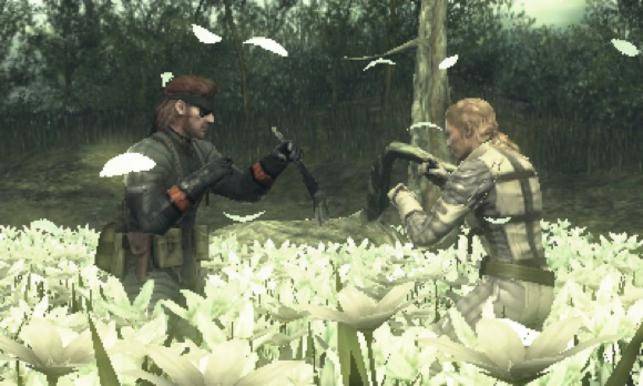 Metal Gear Solid 3: Snake Eater received well-deserved acclaim upon its release. The story and gameplay definitely hold up years later, and are arguably even more relevant in the 2013 political climate. It went on to have several enhanced editions ranging from the Subsistence version in 2005 to a HD edition and ultimately a 3D port for the 3DS. Each new release brought something new to the party, and the 3DS version has numerous unique features to justify its existence.

The 3D effects are fantastic in the custscenes. The game wasn’t made with 3D in mind, but it does have lots of dynamic camera angles where characters aim guns and knives at the “Camera”. When originally made, this was to mimic the sort of cinematography used in old spy films, but it definitely suits the modern use of 3D.

When the cutscenes have rolled, the 3D still has its uses. As a stealth game, the main character Snake will often crouch behind cover in the foreground while enemies patrol in the distance. The illusion of depth is very effective, although it puts a particularly heavy strain on the eyes.

Snake has a ridiculously complex inventory system. Aside from the usual guns and support equipment, he also has a separate menu for his camouflage, his food, medical supplies, and his radio frequencies to speak to chatty NPCs. The console version of the game was difficult to get through, but on the 3DS these sub-menus are all mapped to the touch screen. It’s still unwieldy, but certainly more streamlined.

Other 3DS features include the accelerometer being used in situations where Snake needs to keep his balance, like walking on rope bridges and tree branches. Players can also the camera to make custom camouflage for Snake’s uniform. Alas, there’s no use of Streetpass or Playcoins.

The Circle Pad Pro accessory is practically mandatory to play Snake Eater. Without it, the camera controls are mapped to the face buttons, making it extremely difficult to play. With the Circle Pad Pro, this game becomes an entirely different experience. With the dual analog controls, Snake Eater plays more like a modern third person shooter than the original version, and this will make it a must-own title for 3DS owners who invested in the little-used accessory.

While Snake Eater 3D remains an excellent game, it isn’t necessarily suited to a mobile gaming lifestyle. Snake and his pals are a very talky group. Cutscenes and radio conversations take a long time to play out, and there isn’t an autosave feature. Players looking to put in a quick game between subway stops or while waiting in line will find themselves having to wait for Snake and the gang to quit yakking.

While this isn’t the definitive interpretation of Metal Gear Solid 3, the 3DS version is still a terrific game. People looking to explore the franchise would do better with the HD re-release collection for their console. However 3DS owners who want an engrossing game for their gadget can consider this one of the best titles for the system – assuming they have a Circle Pad Pro.