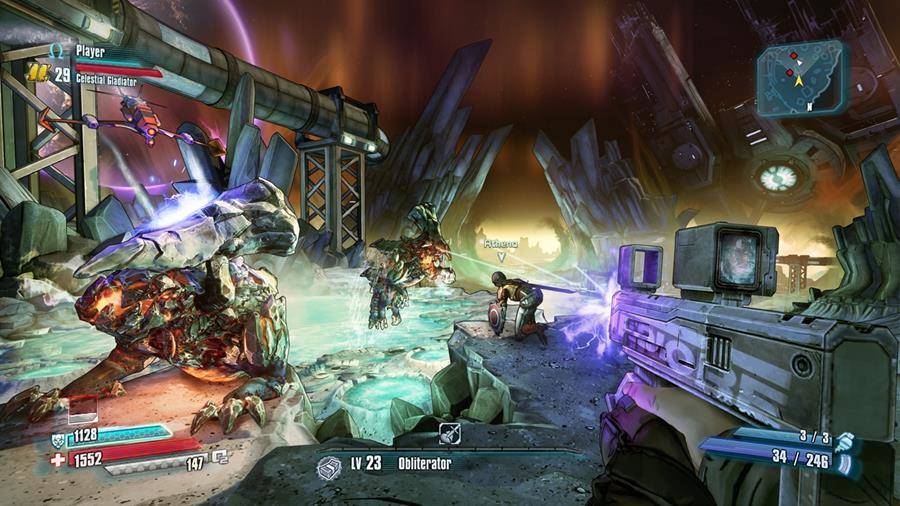 Backwards compatibility is rolling out to all Xbox One user this holiday, but Microsoft has been busy ironing out all the kinks through their Xbox Preview Program. Today, Microsoft announced that all of the Borderlands games on Xbox 360 will now work on Xbox One, and this is great news considering the next Borderlands title is still a ways off.

Many people bought into the Borderlands: Handsome Collection, but they will have noticed that the original title is not included in that package. Well, Xbox One owners can now play it, and the other titles via backwards compatibility, which almost makes buying the Handsome Collection a useless endevour – unless of course you are looking for the update, Xbox One graphics. If you have already played Borderlands on your 360, all of your save data will transfer over to the Xbox One, allowing you to continue right where you left off from?

The Borderlands games have always been a personal favorite of mine. I’m not sure if its the interesting characters that you encounter, or the oddly satisfying graphics. What ever it is, Borderlands is one of the best action-adventure, first person shooters I have ever played. With sprawling worlds across a few Bordrelands titles, Xbox One owners who are looking for something cheap have found something to do. Used prices on Borderlands 1 and 2 come in anywhere from 4.99 – 14.99, depending on where you look. The prices for digital copies on the Xbox Live store are also very reasonable.

So Xbox One owners, will Xbox 360 compatibility be completely worth it, or is this just an added frill that few people will actually take advantage of?