Bet you never thought a mobile game could have you grinning, cursing at your phone and trying to get inside the mind of a player on the other side of the world. Turtlestrike requires more thought and cunning than the average mobile title, but the excitement and satisfaction it brings towers above the average match-3 or endless-runner.

As a stripped down multiplayer-only turn-based strategy game, you’re piloting a trifecta of three-turtled squads each equipped with two weapons. With each turn you’re faced with the choice of advancing on the enemy, taking up a shield or using one of the two weapons: a missile, whose curved flight path lands direct hits on the enemy, or a torpedo where the projectile follows a course traced out by your finger.

Turtlestrike’s brief tutorial introduces you to the simple mechanics involved, from there it’s up to your natural intuition and knowhow to out-smart, out-maneuver and out-bomb the opposing reptilian forces.

Colourful environments and fantastic water shading give Turtlestrike’s battles a nice sheen of premium aesthetics. It all becomes a little murky during turns, as animations are basic, projectiles are small and it’s difficult to see if you’ve made a hit, but that’s not where graphics really matter. 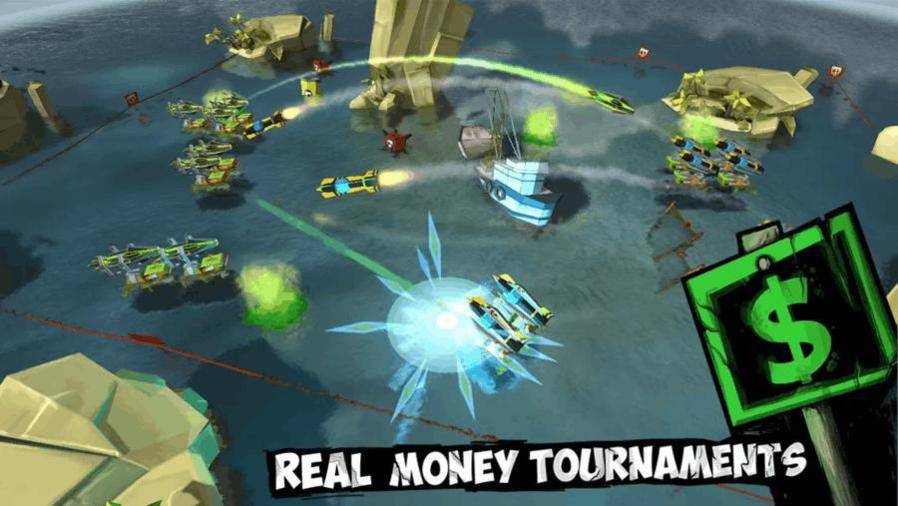 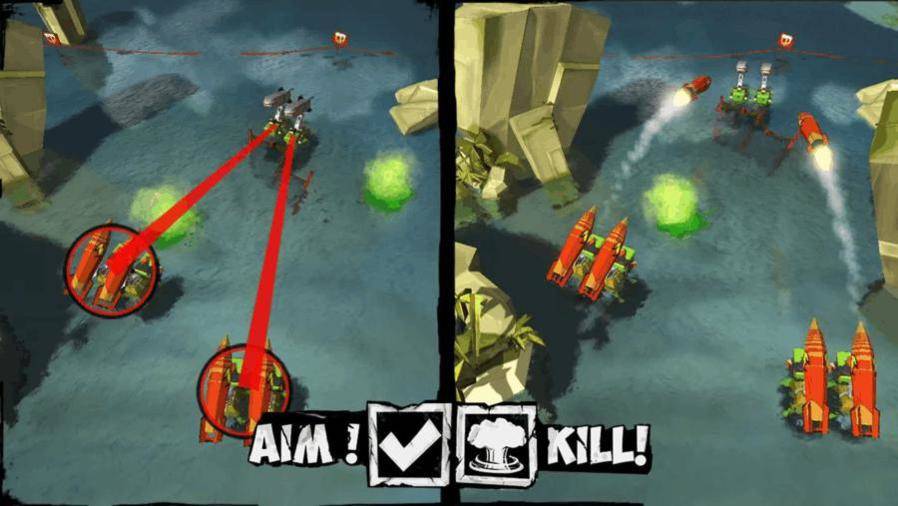 Dragging two fingers across the screen moves the camera, and it’s surprising intuitive and even cinematic. From the side, the battlefield is gorgeous and gives a great sense of scale, but when planning the camera moves top-down with bold coloured lines for your moves. It’s functional and engrossing.

The simplicity and scarcity of abilities means that gameplay is focused on your strategic choice and human-on-human mindgames – and this is where the fun lies.

There’s less to smile about knowing that your opponent’s health and damage advantage has been bought with microtransactions. While more powerful weapons can be achieved by kills alone, they’re much less frequent than if you parted with some cash: this is “pay to win” at its finest (or, most despicable, if you’d prefer). Yet, with eegons (the game’s currency) surprisingly well-priced, I’d gladly part with a few quid to kit out my army. If the player base become large enough to match equally equipped players against each other, it wont be a problem. Otherwise it could lead to game breaking unfairness.

Technically this is a mobile game, but with no offline play and battery-draining performance, it’ll kill your phone within the hour.

This is not a well-balanced, highly-competitive strategy game, nor is it a game where playing for hours will reap its rewards in the end.  It’s all about those turn to turn decisions, when you’re constantly on the brink of glorious victory or disgraceful defeat – and it’s addictive fun. Turtlestrike will keep you on the edge of your seat – just make sure it’s near an AC adapter.