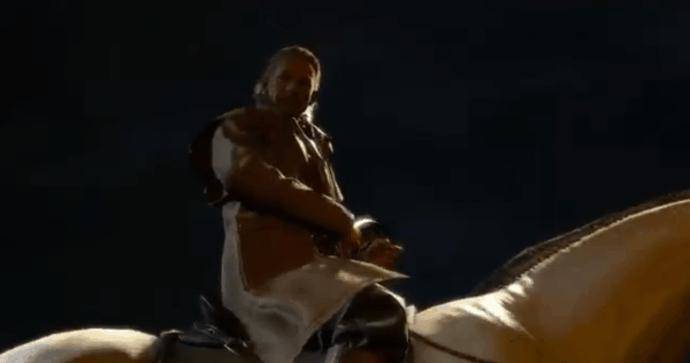 What’s a little Metal Gear hype without a few wild (and a few less wild) fan theories? We’ve all had over a week to watch and soak in the extended version of the first “proper” Metal Gear Solid V: The Phantom Pain trailer, shown at the beginning of last week’s Microsoft conference, and I’m sure we’ve all got our own ideas about what’s happening and how it all fits into the series as a whole.

Perhaps we’re not thinking about it as deeply as some of these people though, who predict clones of Master Miller, a ton of Snakes and the triumphant return of David Hayter…

Grey Fox is best known as the Cyborg Ninja from the original Metal Gear Solid, although he’d appeared in the MSX games before. His role as Snake’s old friend who wants only pain, the chance to live again, was especially memorable and there are many iconic lines and scenes attached to the character.

Big Boss and Grey Fox definitely knew each other, so we know that it’s only a matter of time before they end up going into a bit more detail on the character in one of these prequels. What we don’t know is how.

Perhaps not, but the argument here is pretty compelling. Laid out in a video by PythonSelkanHD, they point to a Fox Engine render that looks a lot like Grey Fox, and line up the Big Boss horn with the scar in the render (although the line doesn’t really add up when seen side by side). Grey Fox apparently takes Boss’s place as a body double, which at least explains why it appeared Ishmael was being played by Kiefer Sutherland in that original trailer (And why his head was in bandages, after the plastic surgery). 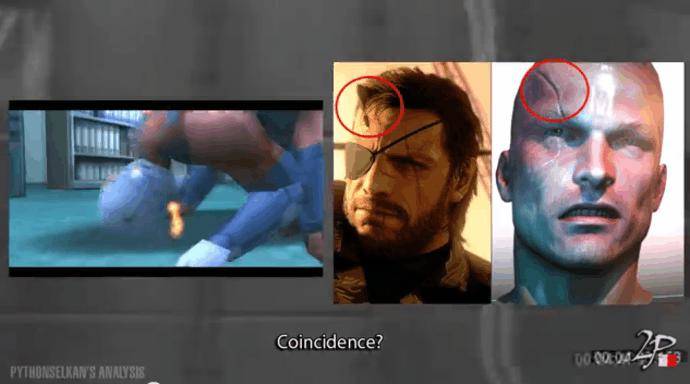 The render also looks an awful lot like quite a few of the characters from Peace Walker, so it’s difficult to say with any certainty that it was supposed to be Grey Fox, but the evidence is titillating nonetheless, and the video is definitely worth taking a glimpse at.

Rating: 7/10 – The base idea is fascinating, and they pick up on things that are almost certainly clues towards something. That it’s this, I’m not so sure.

Another from PythonSelkanHD. They noticed that the Big Boss from the E3 trailer has green eyes, whereas Boss has traditionally had blue eyes. 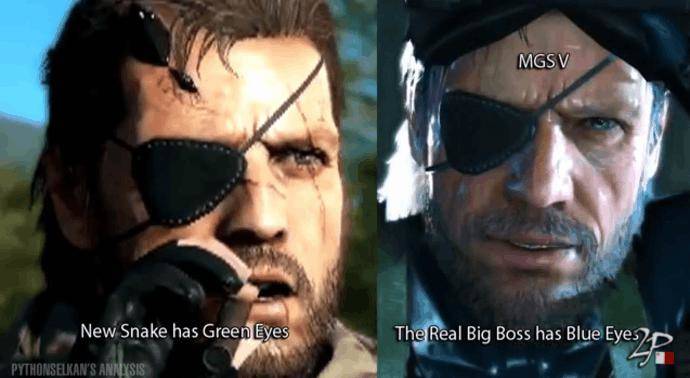 It seems unlikely that it’s just a coincidence or a mistake, so the eye colour is definitely going to come into play somehow. Is this proof that we’ve actually seen two different bosses?

Rating: 5/10 – This is an important point, which is why I’ve separated it from the Grey Fox stuff. It’s has the potential of being everything or nothing, and until we get more information I’m not sure it’s worth even really considering it as part of other theories.

The video has spawned a meme of sorts, in which people try and work out who Big Boss/Solid Snake really might be. So far I’ve seen suggestions of Master Miller as Solid Snake and Solidus is fake Big Boss. It’s a meme I hope continues to take off, because if nothing else it shows how easy it is to prove anybody is anybody else in the Metal Gear universe. Hell, next people will be saying that the DARPA Chief was Sigint or something. 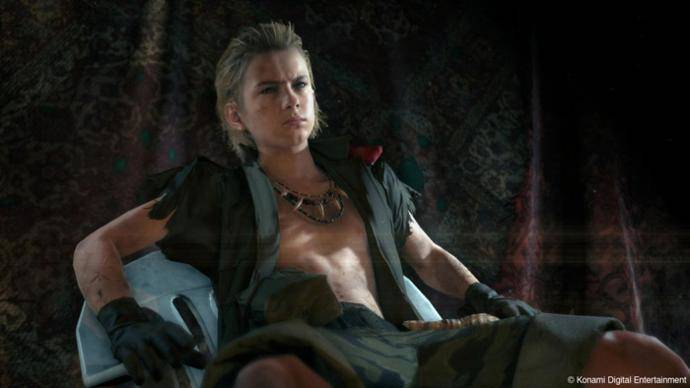 Although the other “Character X is Character Y” theories may be a little off base (or a lot), this one is actually quite interesting. We know that Liquid worked alongside Big Boss, and there’s story there that may be open to further development. The way he sits, the open coat – it does seem very liquid-like, but is that because Kojima wants us to think that?

Rating: 9/10 – I’m not a betting man, but I’d be willing to put money down on this one. Although there’s not an awful lot to go on, the dates about match up and it seems like a good opportunity for Kojima to deal with this part of Liquid’s past.

This scene in the Phantom Pain trailer is almost certainly a reference to Psycho Mantis and it’s definitely an implication that the boy in the picture above is Psycho Mantis himself. Whether it is or not is less certain, but I think it’s a safe bet. Mantis isn’t the only boss that’s supposed to be returning though, with mention of Sniper Wolf and Volgin making a return as well, as well as Liquid.

While Mantis seems like a foregone conclusion, Sniper Wolf would be far too young to be Quiet (the sniper mentioned in the E3 trailer), and Volgin, while the burnt man in the original trailer certainly held a resemblance, would be a strange addition to the game (unless Snake somehow continues to blame him for The Boss’s death). It’s also worth noting that the latest view of the burnt man looks nothing like Volgin at all.

Rating: 6/10 – This is an idea that seems to have been hinted at, and people have just run with it. Parts are true, parts are possible, parts aren’t going to happen. At the very least, Psycho Mantis looks like he may be an important part of events.

After Kiefer Sutherland was revealed to be playing Snake in The Phantom Pain, David Hayter made a reference to “New Coke.” New Coke was a product released by Coca Cola that nearly bankrupt the company (and is often mentioned as part of the “Blade Runner curse”). There’s a conspiracy theory that states that Coke did this on purpose, so that sales of Old Coke would increase when it was brought back.

The theory is that by having Kiefer as the supposed voice of Snake, the return of David Hayter will be all the more glorious as a result, both critically and financially.

Rating: 3/10 – Anybody that was watching Hayter’s Twitter feed that night saw the actions of somebody who was having a really crappy day. He said a lot of things, did a few things that perhaps weren’t super sensible (although considering the news, who can blame him?) and I don’t think that was fake. While Hayter probably will return at some point – I can’t imagine they’ll get Kiefer Sutherland for the next Smash Bros (or similar cameo appearances) – New Coke has little to do with it.

Everybody knows that there’s never been an error on the internet movie database, so explain this!

The Paranoid Gamer, a site dedicated to both gaming and the occult – a Fox news story waiting to happen – reports that David Hayter has appeared on the Metal Gear Solid V IMDB page. Although they stress that that might not mean anything… well, it might, mightn’t it?

Following even the tiniest thread of possibility, many have taken that this is proof that he may just make a return. An inadvertent leak or somebody who might just be lying on the internet?

Rating: 2/10 – It’s hard to take this one too seriously. Although there are occasional leaks from the IMDB, a result of over-enthusiastic agents and actors not sure what an NDA is, there are far more hoaxes. It seems only weeks since Nolan North was listed as the main character in The Last of Us, with his sidekick played by Ellen Page. How did that one work out?

It seems unlikely that David Hayter, after faking what can only be described as a mini-breakdown of sorts, after thanks fans for the long and dedicated support, after lying to countless people hoping he will make a return, would add him headshot to a listing on the IMDB.