Broken Sword is one of those point and click titles that just keeps on trying. Like Leisure Suit Larry and Monkey Island, there’s something about the nostalgia behind those original titles that have kept people asking for more. Broken Sword 5: The Serpent’s Curse is the latest in the franchise, and on the whole it’s rather successful, just so long as you know exactly what it is you’re going in to.

Broken Sword 5 The Serpent’s Curse was funded by fans and so the game has definitely been made for those that have already paid for it. Forget about the gameplay changes that came about with the third and fourth entries; if you were to see a still image of Broken Sword 5 you’d almost believe it was entirely 2D, and it definitely goes back to its roots. There are times where you might swear you’ve gone back in time.

With a patch, and when paired up with episode two, Broken Sword 5 is going to be a new high for the series

You join George and Nico on yet another criminal investigation, which becomes more and more surreal as you play. A relatively worthless painting has been stolen and man killed, and you’ll need to stick your nose where it doesn’t belong to find out just what’s going on. Speak to the right people, interact with the right things and you just might be able to work out what’s going on.

You’ll do this across a number of locations, each beautifully designed and presented. I can’t stress enough how beautiful Broken Sword 5 is. I’m not sure I’ve seen so much effort put into background design since the likes of Curse of Monkey Island, and the result could be something out of a Disney movie. The characters are 3D, but blend perfectly when they stand still, or if they walk forward towards the camera at just the right angle. At most other times they ‘merely’ look fantastic.

Then there’s the odd occasion where things go completely wrong and the 3D almost seems to show multiple frames at once. You end up with characters that appear to have multiple heads and limbs, and everything else looking so perfect just serves to make things stand out even more. It’s a small problem, but one that desperately needs fixing. 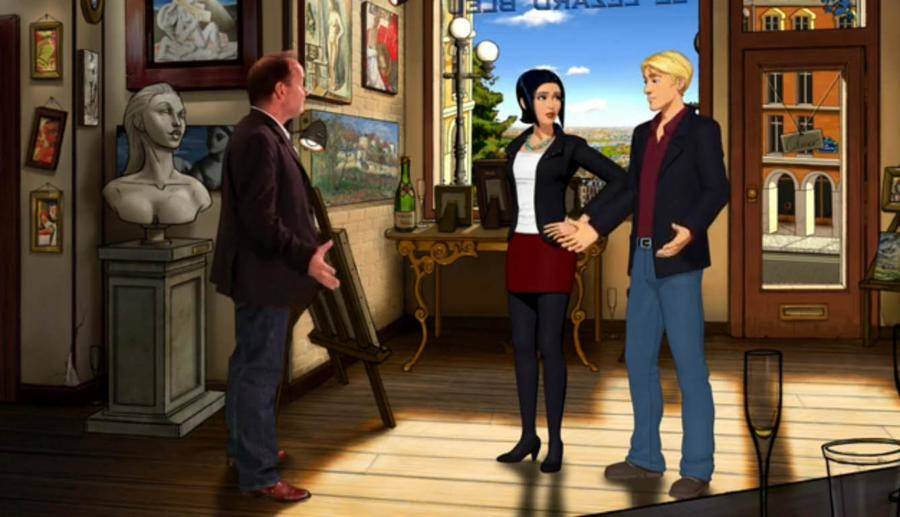 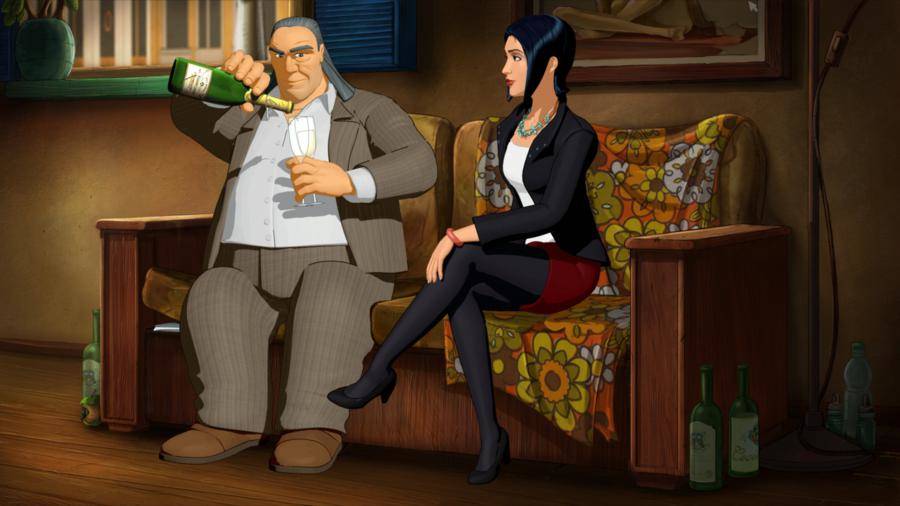 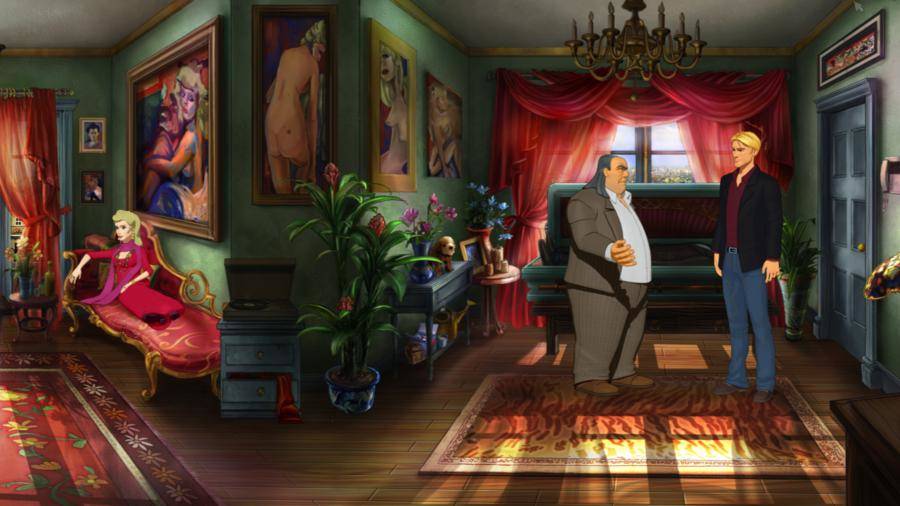 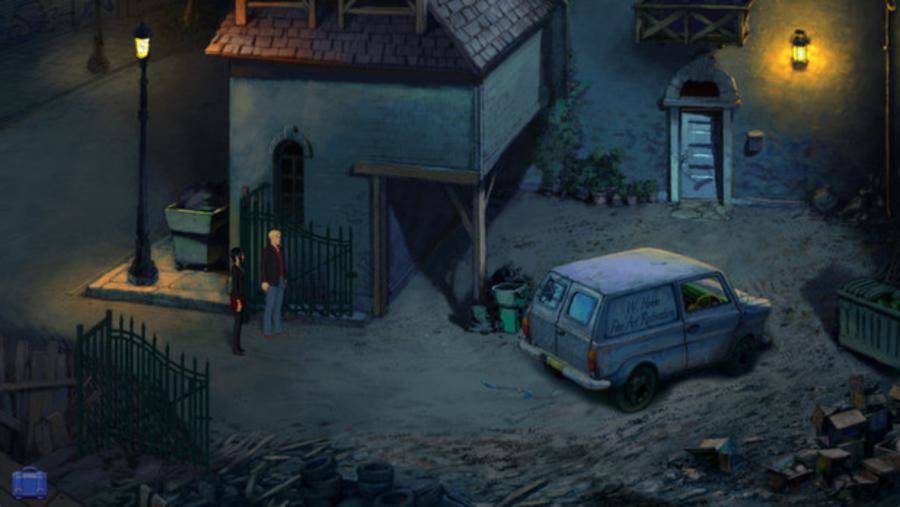 It becomes especially apparent considering the amount of exploration you’ll be doing. Broken Sword has always felt quite slow. The conversation isn’t as hilarious as Discworld or Monkey Island (although it has its moments), and there’s not any real action to speak of. What you end up with is a reliance on well-written dialogue and beautiful environments, which won’t be to everybody’s tastes. If you’re not enjoying the pacing, one difficult puzzle could put you off for good.

Not that there’s much risk of that happening. The puzzles really aren’t as complicated as they used to be, which isn’t really a problem as it helps things flow a little better, but veteran point and clickers might feel they’ve been ignored. Everything is pointed out fairly obviously, sometimes laughably so, but it’ll keep you pointing in the right direction. Those there for the banter will appreciate the momentum.

And how well that banter is presented. The voice acting is incredibly strong almost across the board. The characters come to life. This is how a point and click game is supposed to be presented, with people that seem so real, each with a part to play, none of them breaking the immersion.

The puzzles really aren't as complicated as they used to be, which isn't really a problem as it helps things flow a little better

The music is beautiful as well. It’s often calm, quiet, but never far away from energy and intrigue. It’s tantalizing, a score that makes you play on.

And play on you will. If you listen to every piece of dialogue (without skipping it mid-way, after you’ve read the subtitles) there’s probably quite a bit here to see. If you speed through the puzzles though, or skip conversations, you could probably finish the whole game in a matter of hours. This isn’t something new – older point and click games can sometimes be finished in minutes, if you know what you’re doing – but the fact that The Serpent’s Curse is only part one of the story means that it’s even shorter than before.

It also means it ends on a cliffhanger, albeit one that’ll definitely have you ready to continue when episode two is released later down the line.

Broken Sword 5 is exactly what you’d expect it to be. The characters are tight, the graphics stunning, the voice work expert. If you’ve ever played a game in the franchise before, especially the earlier games, returning will be like slipping on an old glove. It’s more of the same, in as fantastic a way as possible.

It’s only when you reach the end that you might be truly disappointed. You’ll never have struggled, you’ll have finished quickly and happily, but you’ll be hungry for more. It’s a good thing to have to complain about I suppose; at least it isn’t another Sleeping Dragon.

With a patch, and when paired up with episode two, Broken Sword 5 is going to be a new high for the series, a lofty place it hasn’t reached since the original in 1996.