Naval combat is sorely underdone in video games for a multitude of reasons.  The sea isn’t perhaps the most engaging of environments, due in no small part to the over-abundance of blue, and actually having your boats interact with it realistically is a challenge.  Does ‘Victory At Sea’ bring enough to the table to provide us the spectacle and awe that naval combat deserves?

Once you press start you’re offered a choice between campaigns, historical scenarios or custom battles.  What at first appears to be a wealth of choice, boils down to nothing more than an illusion.  There is only one historical scenario, and once you’ve loaded it up it appears no different from any other generic battle within the game.

The campaigns feel significantly heftier, but there's not enough difference between them to warrant all three

The campaigns feel significantly heftier, but even then there’s not enough difference between them to warrant all three.  The only significant change between all 3 is where you start, and that’s it.  Each one begins the same, with the same tutorial, and once you’ve successfully gotten past that point you’re left to take the numerous ports left around the world.

The gameplay is enjoyable, but ultimately unsatisfying.  You sail around the world map, assessing threats, and engaging should you feel confident enough.  Once in combat, you shift to combat cam, in which you meticulously place your ships to fight off your encroaching enemies.  For the most part, this will consist of moving towards them, and firing every weapon at them once they’re in range.  The different weapons provide their own challenges, such as firing torpedoes without accidentally hitting an ally, but for the most part you’ll be right clicking maniacally at the enemy until they’re sunk. 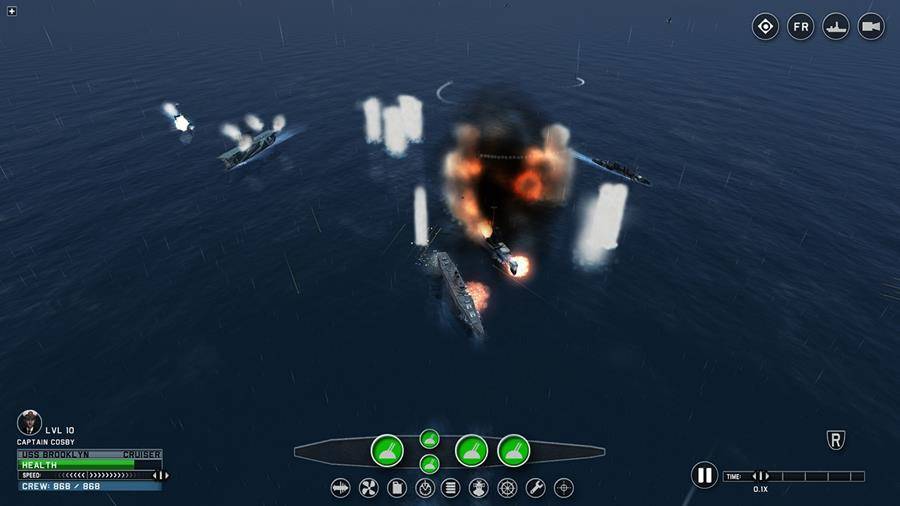 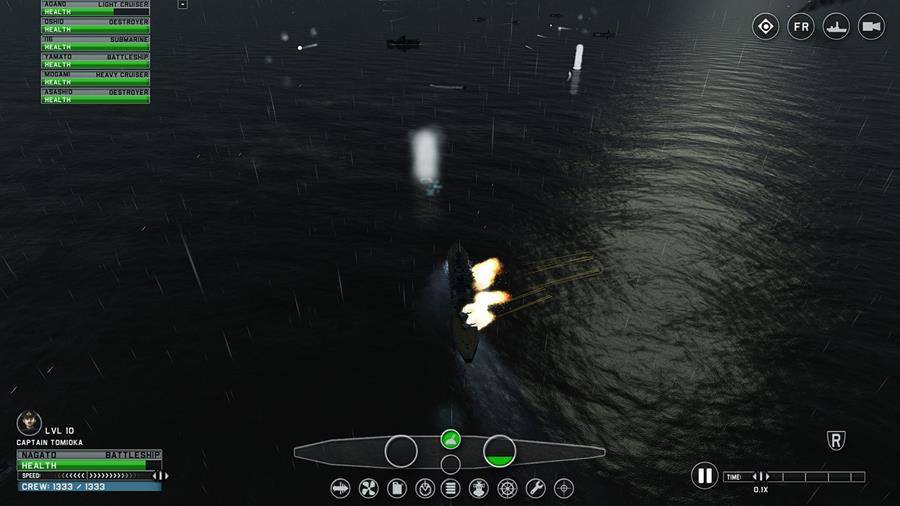 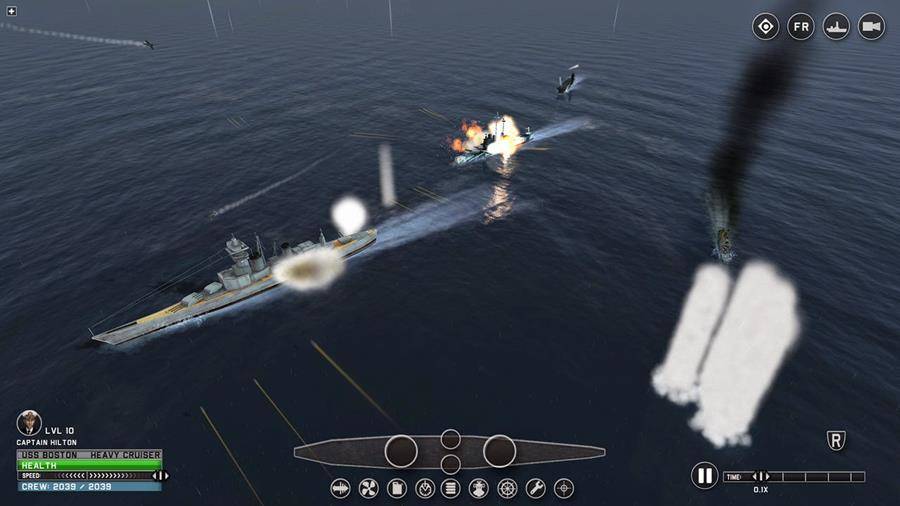 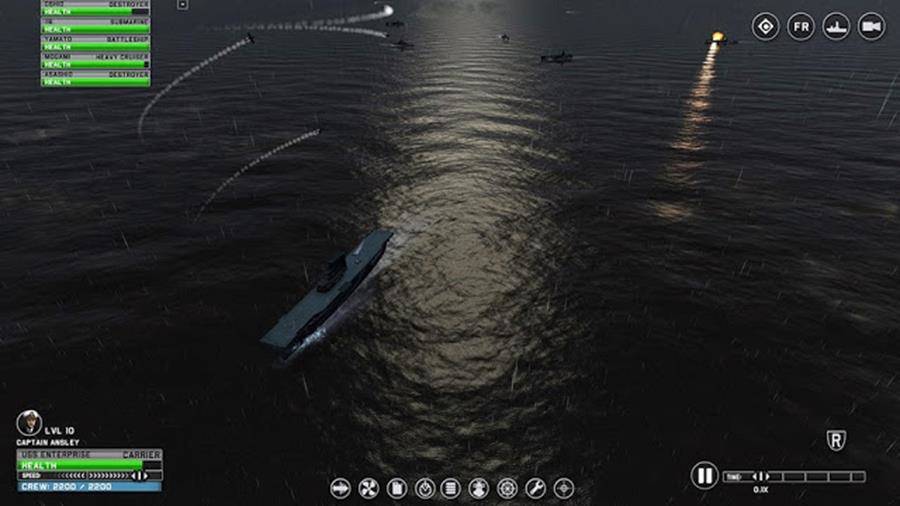 The biggest issue is tactical cam, a bird’s eye view of battlefield.  From a gameplay perspective it is undoubtedly easier to navigate your units than in regular combat cam, but the view is so clunky and boring that I found myself avoiding it altogether.  Firstly, the second you activate tactical cam, you’re as zoomed out as possible, looking at nothing but a vast expanse of blue with a few flags indicating friend or foe.  Secondly, when it comes to meticulously placing your units around the battlefield, the camera jumps to each unit that you select, losing where you’d been previously hovering.

The more ships you have, the more complex the game becomes, and I can see how people would enjoy the challenge on offer.  However, I found that the game swiftly descended into heavy micromanagement, and I found it difficult to enjoy any success as I relentlessly zipped across the battlefield attacking and defending.

One of the biggest problems with the game is the lack of variety with its environments.  The Atlantic, Pacific and Mediterranean look exactly the same, like green continents with ports dotted around at equal distances from each other.  This, coupled with the sea’s tendency to remain calm and blue, makes for a game that’s monumentally bland on the eyes.  The problem becomes acute in combat cam and  worse in tactical cam.  Each battlefield feels like an Assassin’s Creed loading screen, only less interesting.

With that said, the ship designs themselves are very impressive – it’s just a shame that the lack of variety in the environment let’s them down.

Sound is the most effective tool used to make you feel like you’re in World War 2.  The use of war drums, coupled with the blasting of cannons and torpedoes keeps you immersed in the battle, so long as you’re actually doing something.  The use of old jingles for the tutorial screens were inspired, though it would have worked more had the narrator made more of an effort to sound the part.

It’s an ambitious effort for an indie game, but there just isn’t enough here to really compete with already established games.  Campaigns only differ in what map you’re fighting on, environments are lazy and two tone, and combat feels far too much like micro-management.  Despite being  10 years older, Sid Meier’s Pirates has a lot more to offer.