Elena Elkhorn cant sleep at night since her father went missing and she knows exactly what she has to do to find him. Her father has been missing ever since going to his job as the groundskeeper at the menacing Willows Manor. With her sights set on the imposing mansion, Elena accidentally loses her footing and finds herself trapped underground in the dark Willows Catacombs. Utilizing the strange amulet given to her by her father from his tribal ancestors at her disposal, Elena finds that she can leave her body and enter that of a celestial spirit being who may just be able to help her rescue her father and escape the manor alive.

As Elena delves further and further in to the frightening old home, she starts to uncover other spirits and secrets trapped there, but will she be able to make it out in one piece?

Up and Coming Studio

It was released for sale July 9th of this year, but Whispering Willows first hit the internet as a Kickstarter project headed by David Logan and his team at the start-up indie game studio Night Light Interactive. While Logan has worked on small projects, this is the first full-fledged game he has headed up.  Like most indie games without a big company behind them, he faced some struggle getting the project approved, but eventually the Kickstarter met its goal of $15,000 and even surpassed it, landing just over $20,000.

A key to Night Light Interactives Kickstarter success and the games success itself is one and the same: an engaging story.  The art featured on the Kickstarter page promised a uniquely animated game with diverse characters and a spooky tone, all of which it delivers. Night Life Interactives mission statement is to create something totally unique while still keeping the old elements of classic games that we all love, and thats really the perfect way to describe the play experience of Whispering Willows.

Willows is a side scroller puzzle game that runs a little slow but which has a storyline that is so engaging you may not notice the pacing. There are, at most, about five different commands and play doesnt require a mouse at all. In truth Whispering Willows is fairly simple, with a few achievements and little in the way of collectables, save a group of informative secret letters scattered throughout the game. If the player actually takes the time to read these letters, an interesting and well thought out storyline begins to unfold around the head of the mansion, Wortham Willows, and those who loved and worked for him. This flavor text is so enjoyable and thoughtful that I found myself at times more invested in the ghosts prior lives than I would have expected. 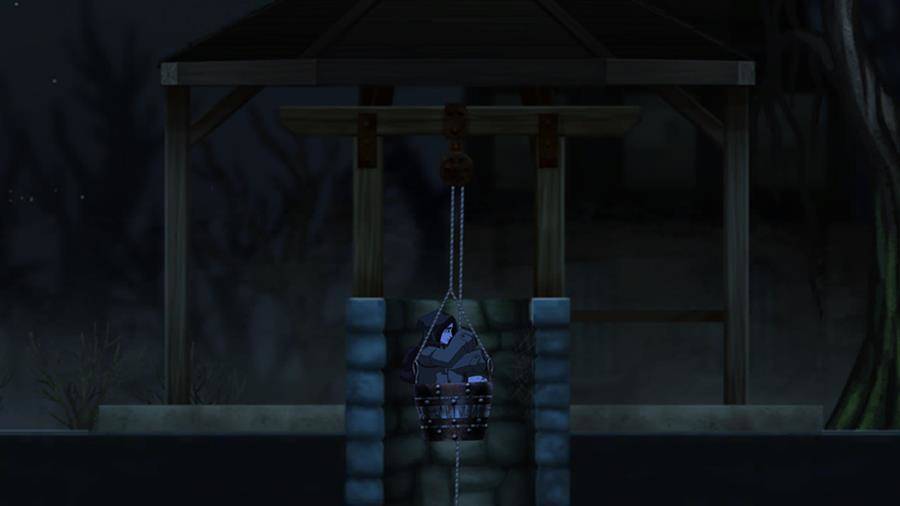 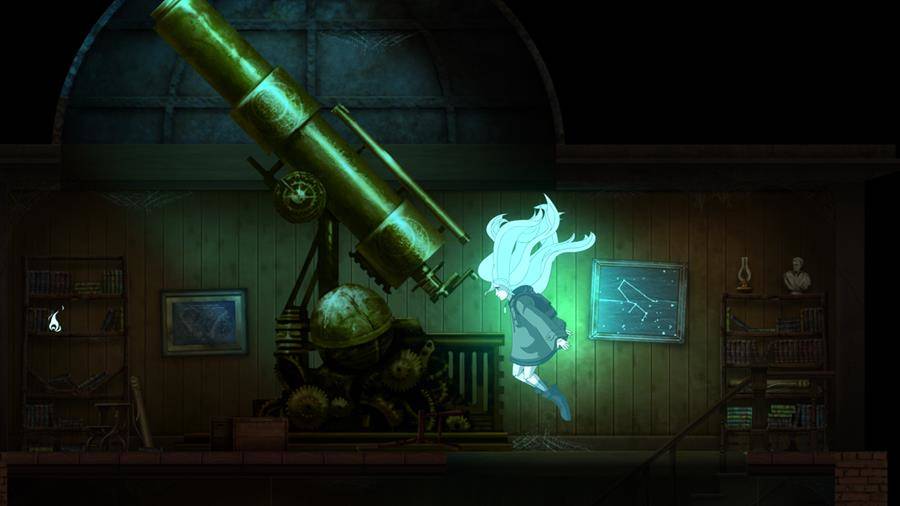 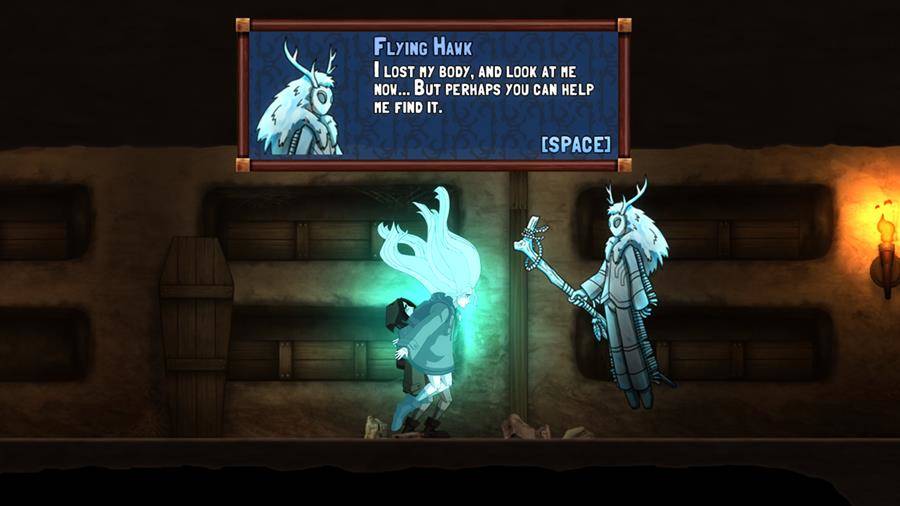 There is no combat to speak of in Whispering Willows; its more the element of avoidance and timing in the presence of enemies. There are few enemies, but they do occasionally turn up and are frankly one of the most frustrating things in the game. They appear as albino beetles that walk the floors and ceilings of the manor, slipping between the waking world and that of the spirits. Avoiding these little bugs takes a certain amount of timing and thought. Being touched by one of these invisible nuisances will result in being sent back to your last checkpoint as well as an increasing urge to reach through your monitor and squash them yourself.

The amulet heirloom that Elena possesses gives her the ability to leave her conscious body and explore the house in a more otherworldly form. While doing so, you inevitably meet dozens of other ghosts trapped in the manor, some killed by the hand of the ominous head of the house Wortham Willows himself.  These ghosts will send the player on quests throughout the mansions property including locations like the observatory, wine cellar, garden maze, and guest house. These locations and the murder mystery story start to give off a vibe like a classic game of Clue, and only get more and more interesting as the game goes on.

One of the most unusual aspects of Willows is the ability for Elenas spirit form to possess certain items and manipulate them to her whim. This ranges from getting things down from high shelves by knocking them over to taking over a candle in order to re-light it. This adds a fun and interesting element to gameplay that nevertheless can at times feel a little repetitive. Elenas spirit can also be used to travel between cleverly hidden cracks in the floor and ceiling in order to access a room that her physical self cannot yet reach.

I have to admit that while everyone loves a good old fashioned FPS or MMO, it is highly refreshing to see games like Whispering Willows come along. True, this is a short game that doesnt have the best possible graphics and that occasionally can feel tedious. But there is so much in a game like Willows that you just wont see in the new up and coming war-based shooters or a city free roam game.

Willows offers an stimulating and smart storyline that includes puzzles easy enough that you wont be yelling at your screen but hard enough that they take that little extra time. I always have to give credit to a game that tries something new and challenges the typical standards of its game type. Most people playing a side scroller arent looking for horror themes or a complex story and somehow Night Light Interactive took these elements that dont usually work together and melded them into something lovely.

Whispering Willows is a good play and worth spending the cash to support a growing team of creative people trying to bring new ideas to the table and challenge the typical gaming experience.