Sword of the Stars The Pit Review

Sword of the Stars The Pit

Sword of the Stars The Pit Review

You are the last hope for mankind as a deadly plague is killing your world. Your mission is to travel deep into an alien facility that may or may not have the necessary resources to create a cure. This place is called The Pit and all who have entered have never returned. Can you survive the dangers that lurk within, or will death take you?

Sword of the Stars: The Pit is a turn based rpg with roguelike mechanics and the added twist of a sci-fi setting. It is also an Indiegogo success story. While not getting the entire amount of money they requested, Kerberos Productions were still able to complete the game and have since gotten a lot of praise while maintaining in the top 50 during their first week on Steam. SotS: The Pit is actually a spin off of other Sword of the Stars strategy games that Kerberos Productions had made in the past.

I Can’t Hold All These Items!

Being a roguelike, the levels of the game are randomly generated to make each playthrough unique. There are 30 levels that have you climb farther and farther down in a style similar to Dungeons of Dreadmor. Although turn based, the gameplay is fast and exciting, with several weapons at your disposal. 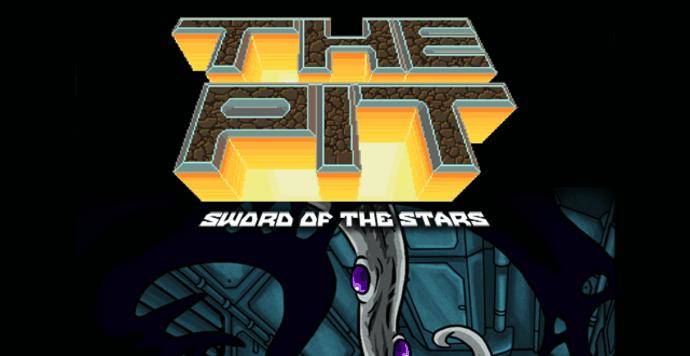 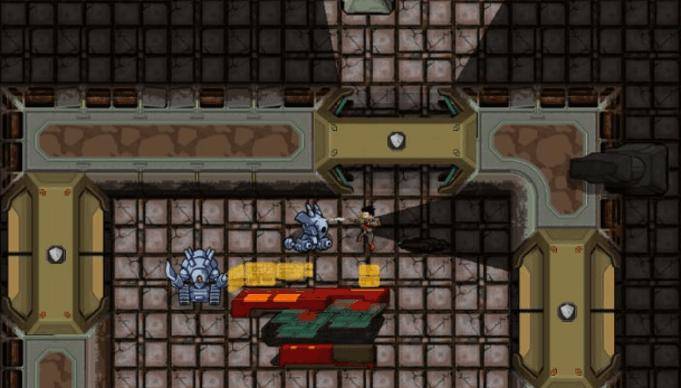 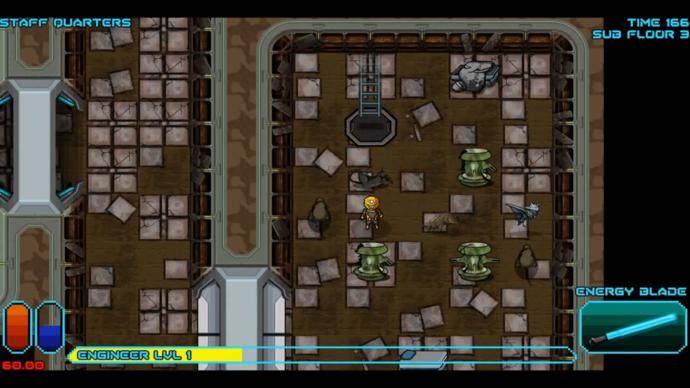 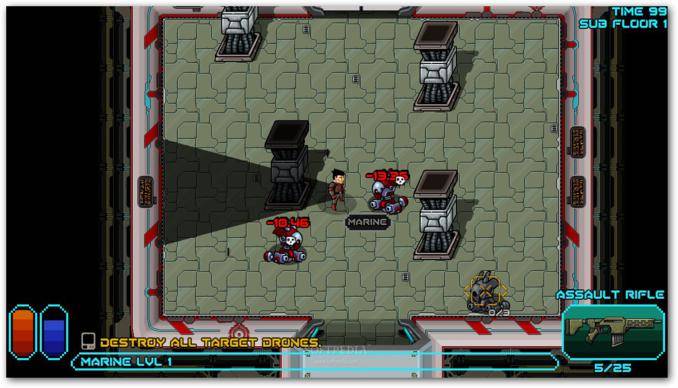 As an RPG, leveling and skills are an integral part of the game. You start by choosing one of three classes that focus in either might, finesse, or brains. Each time you level up you can add points to these three attributes and also to other skills such as lockpicking, pistol, and computers. These skills will help you open doors, see traps before triggering them, hack computers, pry open lockers, fire weapons accurately, etc.

To add even more depth to the game, there is a robust crafting system. You will collect many different items from monsters and containers that may be combined to craft an assortment of items. A cooking station is used to craft food and medicine while a lab station crafts tools, weapons, and armor.

There are over 50 different types of degradable weapons and armors in the game providing several interesting ways to defend from and kill enemies. In addition to this there are augmentations that can be applied to your weapons and armor or to yourself. The abilities are generated randomly for each playthrough and while some will give benefits others can actually harm you. Same goes for certain traps in the levels, which is interesting because you rarely see a game that has a trap that gives you health! Oh, and did I mention permadeath? Yes, once you die, you must start over. It makes the game more challenging and more tense, especially when you’ve made it so far only to die at level 28. And you will die, many times.

Permandeath makes the game more challenging, especially when you've made it so far only to die at level 28

Not only do you have a health meter, but a hunger one. If your hunger bar reaches zero you will become weak and lose some points temporarily in might. And if you wait too long, you will die of starvation. My first playthrough, I died by starvation on the 3rd level. Depending on the hand you are dealt, the game can get very challenging.

The look and feel of the game is very sharp and clean. The visuals are pleasant to look at and have a classic feel to them. You can zoom in and out a little to help your view of the level and there is also a map that displays parts of the level that you have discovered. The 16-bit soundtrack for each level may not be something you would throw money at, but it gives the game an old school feel which fits its roguelike style.

Besides the music, the other noises you will hear come from the monsters as they move about. This is important because your field of view is only in the direction you face. If a monster is behind you, you will not be able to see it unless you turn around, making noises a good indication that something is following you.

Sword of the Stars: The Pit makes a solid delivery, especially for old school players. The game never holds your hand (except the optional tutorial) and delivers harsh but fun gameplay. Most other roguelike games I’ve played have a more fantasy dungeon theme while SotS: The Pit gives an excellent sci-fi setting that adds interesting gameplay mechanics like hacking computers, deciphering messages, and using lab stations.

Although the story is something quickly forgotten, it does not prevent you from enjoying frustrating experience of fighting down 30 levels of monsters, traps, and goodies. The game might not make any groundbreaking changes to the roguelike structure, but gives a “just one more time” addiction that is hard to resist.