Facepalm Games is a small developer that’s had some buzz surrounding them ever since they debuted The Swapper a couple of years ago. Since then, the game has received plenty of accolades and awards in the indie scene, and those that have heard of the game have been anticipating its full release.

After spending some time with this psychological, sci-fi puzzler now that it’s finally here, I can say without hesitation that The Swapper definitely deserves the praise.

The player controls someone in a spacesuit as they play detective on a derelict space station called the Theseus. Upon arrival, it’s obvious that something is amiss, and that some strange new technology might be the cause.

Using clay models, the developers were able to create some unique visuals to compliment the stark tone. The space station and everything found therein are dark, ominous and richly detailed, and at times I felt like I was experiencing something very real. Their use of sound added even more to the aesthetics, with the creaks and groans of the station and other eerie noises filling the atmosphere, with some poignant, moody synth played at opportune moments. 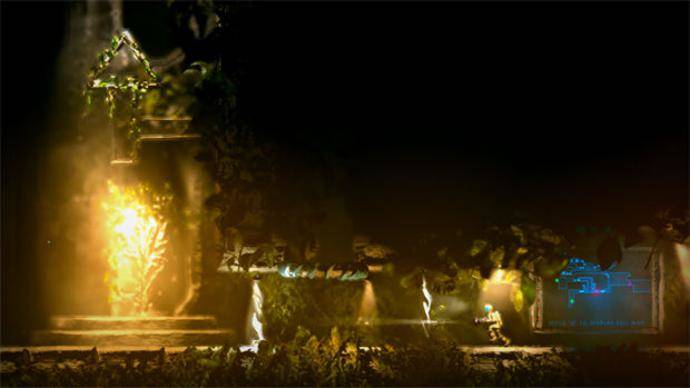 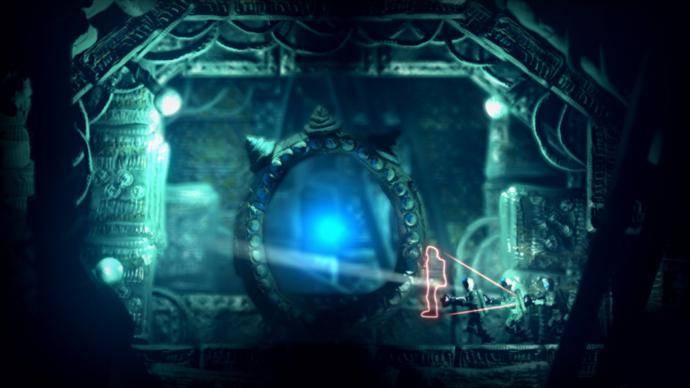 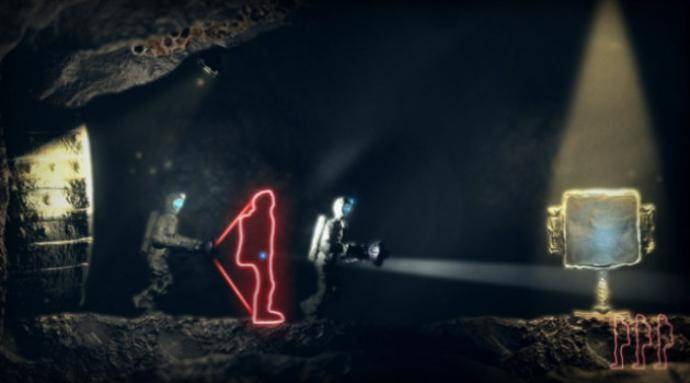 All of this sets the stage for a puzzle game that contains a clever mechanic that I really haven’t witnessed before. Using a device called a swap gun, players are able to create clones and switch between them in order to solve the game’s many puzzles. It’s a concept that’s surprisingly easy to get used to, and even feels natural, thanks in part to how the narrative is structured around this mechanic.

The story, at first, is presented in esoteric fashion via vague logs found on the Theseus’ computers and existential musings that pop up on the screen whenever the player passes by one of the gigantic, alien rocks that are scattered throughout the ship. However, this is a story that gradually builds, and as it unravels it quickly becomes clear that both the swap gun and these weird boulders had something to do with the crews’ disappearance.

Then there’s the stranger, someone who’s apparently the lone survivor of whatever madness ensued on the station. She’s a mysterious figure that adds to the intrigue, showing up periodically to offer some more insight into the situation and asks for assistance. This is where the puzzles come into play, puzzles that are designed efficiently and are completely engaging.

The goal for every puzzle is to obtain orbs that are used to access or activate different parts of the space station. Beams of light that render one of the swap gun’s features useless block the path, however, like blue lights that allow for swapping but not cloning, red lights that allow clones but not swaps, and purple lights that allow neither.

Some puzzles even have devices that shift gravity, boxes that must be moved around or switches that turn lights on or off. This makes for some interesting solutions that require figuring out exactly where to place clones, which ones to swap to and how to move them around in order to reach the orb.

The intuitive gameplay makes solving these puzzles satisfying and accessible. They become more difficult as the game progresses, but they rarely, if at all, go into the realm of frustration. Every solution is one step closer to solving the mystery and viewing the ending, a conclusion that might be expected but is still haunting nonetheless.

The puzzles in each area don’t necessarily have to be done in order, either. There is plenty of exploration and multiple paths to take as the plot moves forward. I never found myself getting lost, and in fact I was compelled to search through every room, solve every puzzle and really soak up the surroundings. It’s truly an accomplishment that a game this subdued is never boring.

The only downside is that it doesn’t take very long to beat (four hours or less on the first playthrough), which really hurts in terms of replay value. The challenge of the puzzles towards the end of the game can certainly make the experience run longer, but even then it’s not enough to make up for its relatively high (for an indie game) $15 price tag.

The Swapper is easily one of the best indie games to come out this year, and is perhaps one of the finest puzzle games I’ve played in recent memory. In spite of how short it is, it’s one that I can see myself revisiting often just to be able to witness its fascinating game design and philosophical narrative. In short, don’t pass up on the opportunity to play it.