Into The Dark Ultimate Trash Edition

What’s with the current trend of releasing games and then bragging about how bad they are? As YouTube has become more popular, these “joke” titles have become the focus of thousands who want to be in on the humour. Some of them have had redeeming features, titles worth checking out on their own merits. Others are as bad as their developers claim. Into The Dark: Ultimate Trash Edition trips, drunk teenager-like, into the latter category.

Into the Dark is a B-movie style horror first person adventure game not entirely unlike a modern version of the old Resident Evil games. You’ll fight the undead, solve puzzles and discover clues as to what is going on. Unlike those retro classics however, Into the Dark completely lacks polish or much in the way of substance. It’s purposefully broken, bad by design.

Into the Dark is a terrible game, made worse by the fact that the developer probably could handle something so much better

Within the first level you’ll see enemies appearing out of thin air, you’ll become stuck in areas that should be easy to escape from and you’ll hear some of the absolute worst voice acting around. Even the main menu looks like something put together for a bad Commodore 64 game.

It’s not really like Goat Simulator or Surgeon Simulator, where the negative qualities enhance a ridiculous and largely shallow gameplay. No, Into the Dark is terrible on so many other levels.

After hearing about an insurance claim from someone that doesn’t seem to have existed, Pete O’Brannon heads out to a house in the woods and is quickly attacked by a walking corpse. The story is delivered in short bursts of conversation, although the voice actors might have just been pulled off the streets and asked to read the script with as little emotion as possible. It sounds like a very bad audio book. 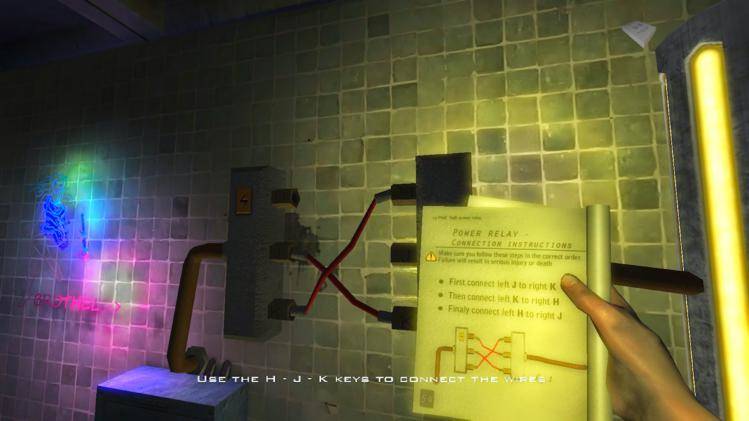 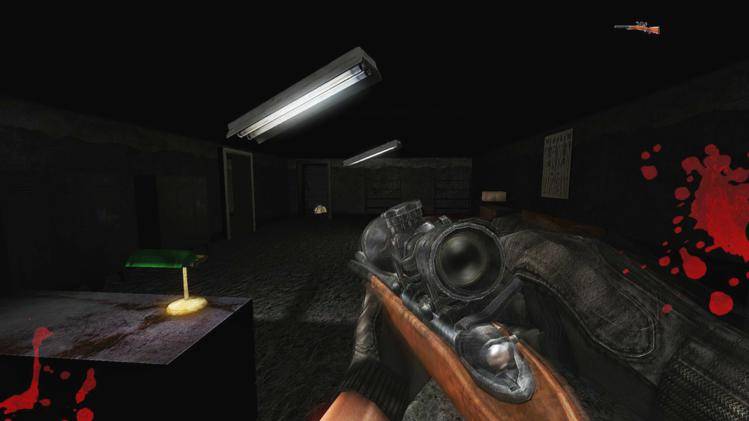 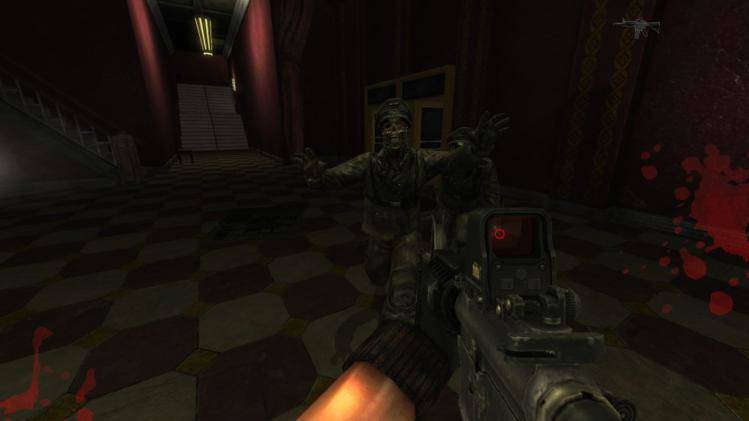 As you explore, you’ll need to interact with the world around you. Batteries will power up security systems and that sort of thing. It’s not a huge amount above the red key opening the red door of the Doom games, but it shakes up the modern FPS standards. It’s not especially difficult – not until you factor in the graphics anyway – but it does mean you can approach things in a variety of different ways. Sometimes you can decide to shoot your way through security glass instead of mucking about to open a door.

Shooting is average at best. It’s not the sort of title where a headshot is going to do much to help you, and in fact the zombies you’ll face soak up bullets fairly well.

The graphics for Into the Dark are surprisingly good, up to a point anyway. Locations are dark and tense and the textures are pretty well made. Unfortunately this too is let down by shoddy decision making. Blood splatters across the screen literally block your view, so that if you get hit it gets harder and harder to fight and explore. Enemy models look unimpressive and move woodenly. The spark of potential is let down, not quite the visual feast it appears at first to be.

Worse than that, enemies can basically walk through walls. The clipping issues are part of the official trailer, but that doesn’t stop getting hit through a metal door any less frustrating. This is another of those titles that glories in its failures, but it makes it no more enjoyable for the player.

Clipping isn’t the only problem you’ll come across. There are parts of this game that just won’t work how they’re supposed to. I’ve had trouble in the oddest of places, such as jumping up on a table to grab an item I couldn’t ordinarily pick up, only to get stuck on the table. There were plenty of full crashes as well.

There’s a decent amount of additional content in there as well. If you’re not enjoying the “so bad it’s good” humour (and it doesn’t always fall into that category), there’s plenty of laughs to be had in other places. Posters on the walls and notes left around will make you smile, while the dialogue has its moments as well.

The graphics for Into the Dark are surprisingly good, up to a point anyway

There’s also the inclusion of several old fashioned videos and, on top of those, the full Night of the Living Dead film. Strange bonus features, but welcome nonetheless.

Into the Dark is a terrible game, made worse by the fact that the developer probably could handle something so much better. The “Haha, we’re so bad” attitude is getting annoying at this point, and a decent horror game – something genre fans are desperate for – would have been favourable to another title marketed at YouTubers.