There have been a number of attempts to bring the MMO to consoles and they have, by and large, been unsuccessful. Instead of building a game to play with a controller in front of the TV from scratch, developers instead adapt a game built around dozens of keyboard keys and a mouse. They’re often surprised when that doesn’t work.

Defiance is a game that brings together the spirit of third person multiplayer gaming and the massive, persistent world of the MMO, and it does it so successfully you might begin to question why it wasn’t possible before. This feels like it’s the best console MMO going, even on PC.

Defiance begins like any other game, with a cut scene that shows important characters and sets up the world you’ll be playing in. Your ship crash lands into Earth years after it was abandoned. Thousands of people have died and the survivors are left to find supplies and to work out just what went wrong. The whole context of the game is delivered as it would be if it weren’t an MMO, and the game continues in that vein throughout. You’ll meet characters, defuse bombs and solve problems that everybody else is solving as well (sometimes while they’re stood patiently waiting their turn).

You’re first put through a short tutorial that teaches you the basics of the EGO system. EGO allows you to perform superhuman abilities, either causing more damage with your gun, running faster or creating a decoy which will draw enemy fire. Using this system with a controller feels very natural, and helps build a character around the style which you play. You’re given a few easy enemies to battle it out with, and then you’re sent out into the game-world proper, in which you can explore, complete missions and side quests and discover a wide array of different enemies. 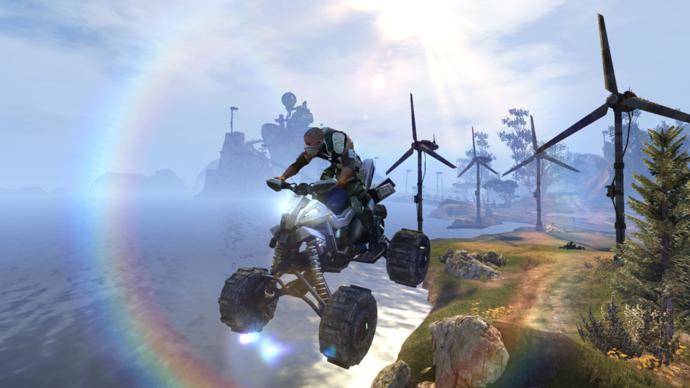 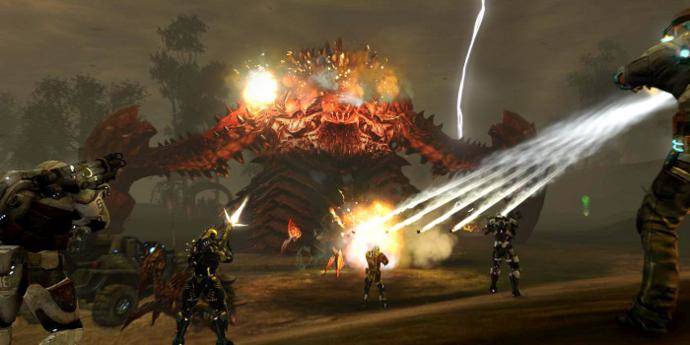 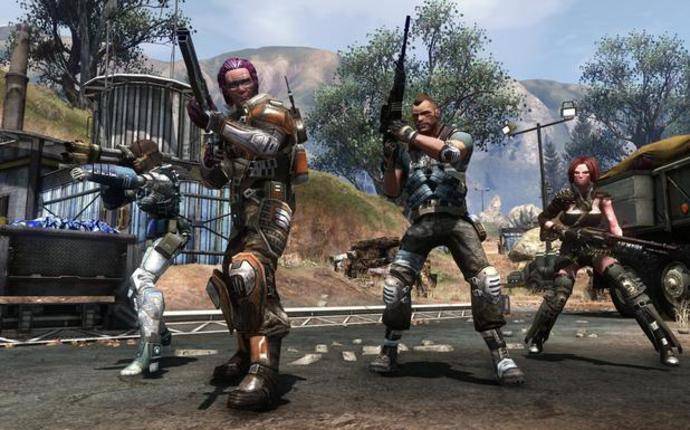 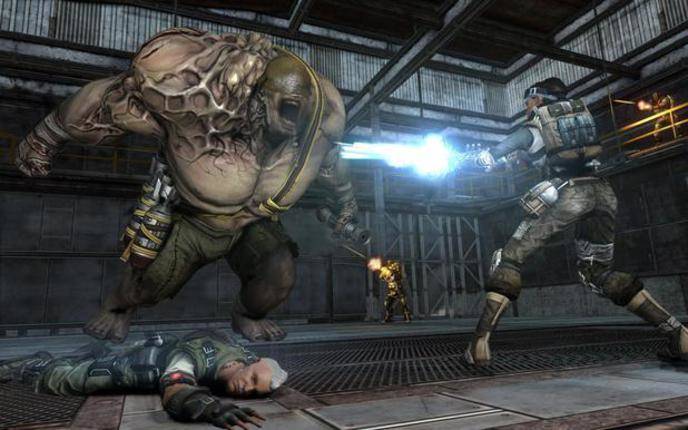 Again, when using the controller, combat is very smooth. You’re able to shoot, dodge and move in real-time, a feature many modern MMOs still fail to utilize. There are a variety of different weapons to choose from, but you’re never locked into using a certain item or venturing down a certain path. Letting players have complete control over their characters is obviously something Trion have focused on, and so restrictive classes and the like have been thrown out.

Perhaps, considering the huge variety of potential player characters, it’s funny that the storyline is so linear. You play along a single path, acting as if you’re the only person on the planet that matters. The game doesn’t really handle thing very well, but in trying to differentiate themselves from previous MMO efforts, I can understand why that would be difficult to pull off. You’ll still come across other players, you’ll still fight alongside them, but you also don’t feel an real connection to them.

To get around the world you’ll be given a vehicle which you can summon at any time. The driving feels pretty good, and the world itself is designed to be constantly interesting. There’s always something that will grab your attention, even if the visual style can be a little samey. You’ll come across random missions as you travel, most of which will have you fighting a sudden influx of enemies, but there are also things like races which are bound to shake things up a little.

In many ways Defiance doesn’t feel like an MMO – until you get to the skill tree. It’s obviously been designed to work with a controller, but it hasn’t really been polished out as well as it could be, nor is it explained especially well. You unlock new abilities and boosts as you progress, but until it’s improved, you’ll dread having to level up.

For longtime PC gamers, Defiance probably isn’t going to hold your interest. It’s a game that falls foul of many of the problems that are inherent in many console games, and almost everything that you could want from an MMO has been done better elsewhere. That’s if you’re looking specifically for an MMO, dislike the thought of using a controller and having watered-down systems to appeal to non-MMO gamers. If you’re after a fun shooter that you’ll be able to sink hundreds of hours into, and if you want to play with friends, Defiance is unlike anything you’ve played before.

You can tell, almost immediately, that Defiance has been made with consoles in mind. It looks good, don’t get me wrong, but it looks like a PS3/360 game. With titles like Guild Wars 2 and Planetside 2 leading the way for graphical prowess in the MMO, Defiance might feel a little like a step back.

It presents everything in a suitable way, has been designed nicely and your standards would have to be stupidly high to dismiss it based on its visual style. Just don’t expect the very best.

A big part of this game is its voice acting. With cut scenes being such an important part of Defiance’s storyline, it would have been distracting had the voice work not been top notch. Fortunately it’s more than passable, and a rare stumble isn’t enough to take from the overall feel of the game. The soundtrack, too, has an edge to it that’s bound to put you in the mood as events unfold.

Defiance is a great game and is the first of its kind. Trion Worlds have managed to create something that has been delivered very nicely, but that is also fun to play. That’s a pretty rare thing. Genre fans will either love it or hate it, but if it doesn’t garner a huge fanbase – in thanks part to the companion TV show – I’ll be very, very surprised.

If nothing else, this is a game that’s worth checking out.