When we last left Clementine, she’d either decided to save Nick, the young, slightly arrogant man who’d caused trouble all episode, or Pete, who had been bitten by a zombie. This probably best highlights the illusion of choice in The Walking Dead, as your decision didn’t at all matter. Other than a few altered scenes, the exact same things happen, at the exact same time. Knowing this, A House Divided feels way too linear, and without the plot needed to push it forward.

That’s not to say that there aren’t a few tense moments. The man hunting the group you joined in the last episode is still out to get them, and you’ll have a few run-ins with him as well. It’s these scenes that best show The Walking Dead’s strength, in which tight camera angles tease every outcome, and the wrong word could give away something you’re hiding.

Perhaps it's having played The Wolf Among Us, but The Walking Dead's 'combat' feels broken in comparison

Similarly, the vaguer exploration scenes work quite well too. Speak with your allies or examine things around you. It’s world building, and no matter the media, The Walking Dead has always been perfect for that. These moments come around rarely, but work nonetheless.

And then there are the action scenes. Perhaps it’s having played The Wolf Among Us, but The Walking Dead’s “combat” feels broken in comparison. You’re still expected to point and click within a certain amount of time, and with a controller this feels terrible. Want to hit a zombie in the head? You’ll have to slowly drag your marker across the zombies brain and then hit the button, all while the screen and monster are moving.

Ah, you might argue, but doesn’t that successfully highlight the struggle it takes to kill one of these things? Doesn’t it add to the tension? Those are both fair points, but it’s been done at the expense of gameplay, and you’ll find yourself needing to do things two or three times, because you just missed the target you were aiming for.

The story itself involves the return of a popular character from the first season. Set up with a new group, they welcome Clementine but are more suspicious of her new friends. And rightly so, considering her new friends had already accidentally killed one of their group. Knowing this, you must navigate the perils of strong personalities clashing, and try to avoid any trouble.

Take Me To The River

A House Divided is split into two clear sections. The first wraps up the events of the first episode and lets you get to know the new group a little better. As always, things are more complicated than you thought, and there are things happening both within the group and around them that will likely grow over the rest of the season.

Meanwhile Clementine is still dealing with the loss of her friend and parents at the end of the first season, as well as Christina, who she’s still trying to find. This comes up occasionally, but feels more like a something that’s getting in the way of fresh plot. It’s not always especially well handled. 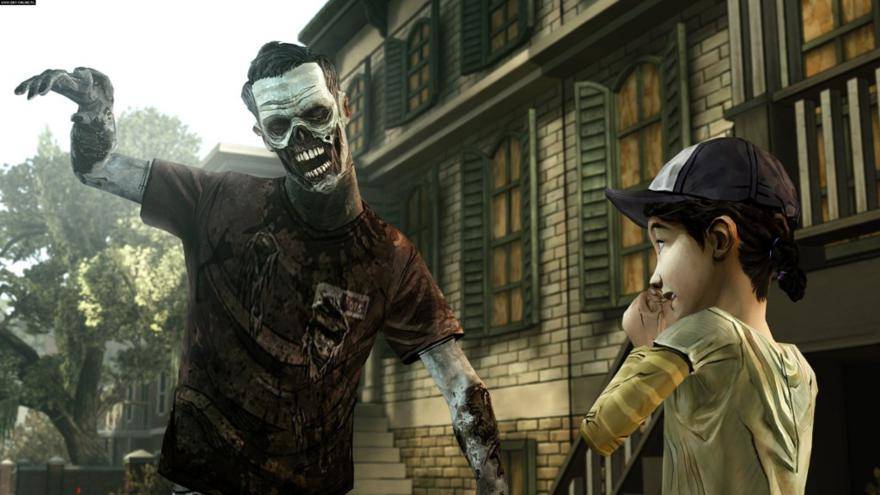 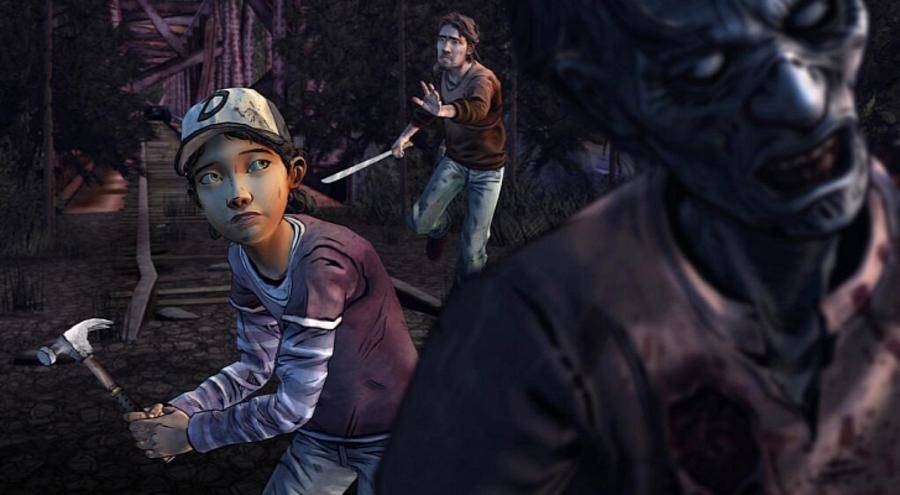 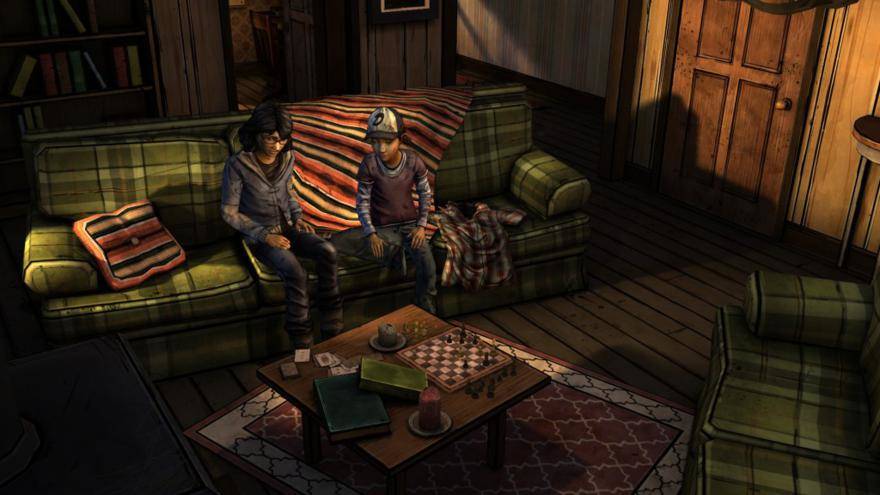 The second half deals with your old friend and their new family, as well as being hunted. As always, the Walkers are the least of your worries, and only generally pop up as part of some terrible semi-QTE.

The plot isn’t exactly ground-breaking, but it brings up some interesting issues and is delivered in Telltale’s trademark way, and so it’s well worth looking through. Morality, and that sticky grey area you’ll no doubt inhabit if you try to please everybody, is at the forefront of your adventure, and it’s excellent to be forced into something big.

Like the first episode, it feels slightly transitional, as though things are building up, and it probably wouldn't stand on its own

One thing that is quite noticeable this time round is that, as Clem, people expect a little too much of you. The adults around you are all too happy to point out the dangers of being a pre-teen girl in the apocalypse, but will then send you into abandoned buildings to find food, or onto high ledges just because. It makes sense, from a design stand point. You play as a little girl, but you can’t expect to only be given situations that are specific to that. You’d never leave the house.

But it does offer a jarring mismatch of intent, when someone is protecting you with one arm, then sending you to die with t

The Walking Dead always looked fantastic, and I have to say I think things have been improved. Telltale’s engine is well known for its occasional glitches, and this time around I was lucky enough not to come across any. The locations are nice, and that there’s not people jumping around randomly helps immersion considerably.

Facial expressions are still hit and miss though, and there are times when you’ll burst out laughing.

Voice work is as good as you’d expect as well. There are few franchises that you can rely on to be always good, and The Walking Dead could easily have gone wrong if it didn’t have the cast to back it up, but its consistent high quality makes it a world worth surviving.

Clem’s adventure continues, and that’s what this is. Like the first episode, it feels slightly transitional, as though things are building up, and it probably wouldn’t stand on its own. Beyond that though, it’s not an unpleasant experience. If you’re interested in seeing what happens after your big decision, you could do a lot worse than a chomp on A House Divided.