Telltale Games have truly outdone themselves this time, providing such a phenomenal, interactive experience which would make any Walking Dead fan proud. The Walking Dead: The Game features five 2-3 hour long episodes that will keep you intensely hooked from start to finish. All the episodes combined share a common theme of survival, but taken individually, each episode places the player in unusual situations that are hard to come by else wise. Standing out in its genre, the game is incomparable to any other adventure experience, and I can assure players and fans alike that they will not be disappointed. Not even a little.

(This is a brief synopsis of the story. I will only mention key points to avoid spoilers.)

Season One of The Walking Dead: The Game starts off with you, the player, assuming the role of Lee Everett, a History teacher and a convicted murderer. From the moment eyes are set upon him and through certain dialogue, it is evident that he is not a criminal, forming an instant sympathetic relationship between the player and the character. Through certain events, he comes across an abandoned house and finds an 8 year-old girl, Clementine. He then takes it upon himself to protect her from all harm and return her to her parents. 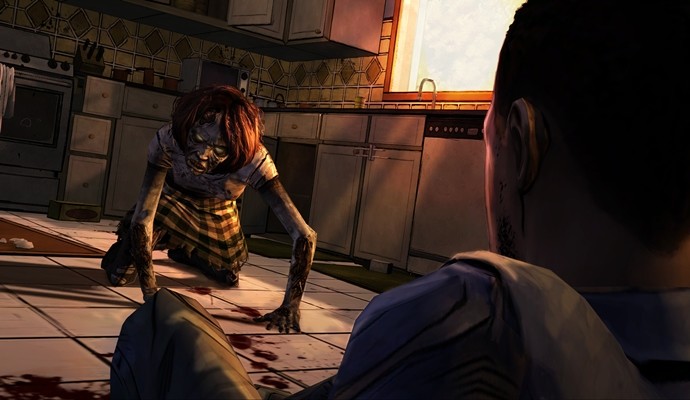 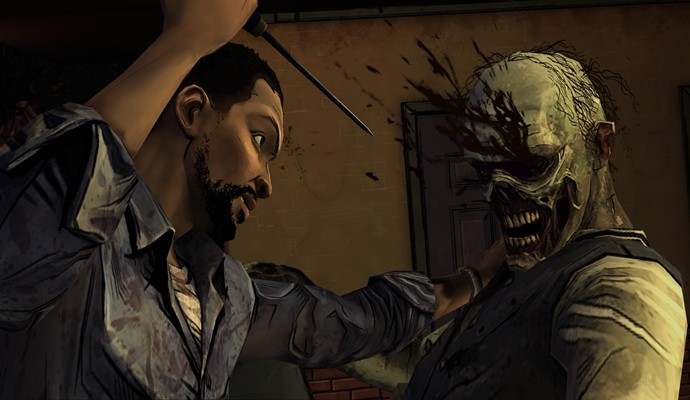 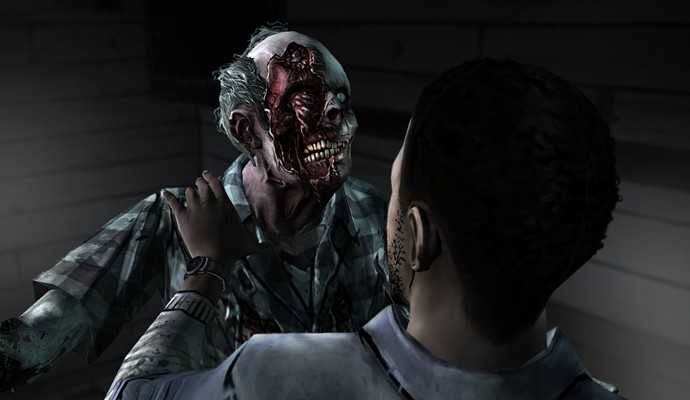 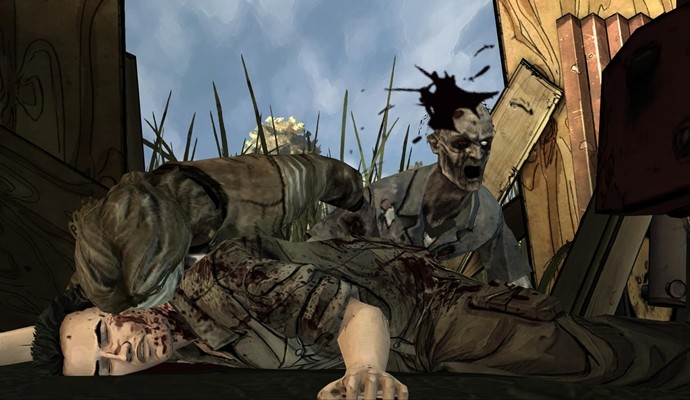 Soon after, you meet the basic cast of characters, some of which that will accompany you through the rest of the game depending on your decisions. In addition, the script of the game is unbelievably well written and flows perfectly from one episode to the next. From the classic tv show-inspired farm in the first episode to an abandoned motel in the following as well as a walker-infested town in the fourth and fifth, there is a plethora of environments to satisfy all your zombie-killing needs.

It’s hard to reveal too much, as it’s a game that is fully meant to be tailored to players choices and decisions. Furthermore, I would encourage players to dive in without much background knowledge on the plot lines of the game as it is such an emotional triumph, that any kind of spoiler would soon be regretted.

There isn’t much to talk about in terms of gameplay as most of the actions are limited. The game allows a little walking around (arrow keys or WASD) but mostly features point-and-click gameplay which is executed brilliantly, but is not without its flaws. Some actions feel a little out of place and players may experience a little lag on occasion. However, these issues are extremely minor and do not affect the gameplay as a whole. On the contrary, the game does so many things right that it’s hard to complain about such insignificant problems.

The most intricate part of the overall experience is how much freedom is given to the players to shape the events and conclusion of the story with their actions. Every single action and line of dialogue affects the relationship between Lee and the rest of the characters. Decisions will have to be made, that will make or break a relationship. Some of them simple, some of them heart-breaking. There’s no right or wrong, just instinct, making decisions purely based on what you would do in similar circumstances.

For those worried about how reliable the system is, the save data (in the form of player choices and dialogue) carries over from one episode to the next without any problems, and the content will be able to be seamlessly enjoyed from where it was left off. Just make sure to wait until the credits have rolled. (Better safe than sorry, right?)

Finally, for the ridiculously low price of 25 Euro, the game has enormous replayability value. Every time a playthrough is completed, the events will always vary from tiny details to huge plot point differences. For example, a formed relationship might become an on-going rivalry the second time round. When the time comes for a big decision to be made, it might be done differently, affecting the whole dynamic of the group. Long story short, no matter how many times the game is played, it will always end up differently. Be it slightly or drastically.

As the game, at its core can be compared to an interactive story, the comic book like, cell shaded graphics manage to portray a beautiful world that has been plunged into darkness. Animations feel just right, and the cinematography of a few cut scenes is pure genius, like something that has come straight out of Hollywood. Telltale games have made the right choice regarding the graphics as they compliment the atmosphere and the image of the game impeccably.

I’ll start by saying that the voice acting in the game is near perfect, especially between Lee and Clementine. That being said, there are moments where the dialogue feels a little bland, but only on rare occasion. The soundtrack is also highly commendable as it successfully manages to completely immerse you in the atmosphere of the game. It is truly an outstanding piece of work, and the cast and composers deserve praise beyond compare.

The first season of The Walking Dead is nothing short of stellar. Simply put, it is one of the best experiences of this generation. Its episodic content makes it feel closer to an interactive story rather than a game, but what it manages to invoke within you is beyond words. Every single moment is an unforgettable experience in the sense that every single action affects the progression and eventually the outcome of the story. With all the episodes readily available for your entertainment purposes, do not miss out on what undoubtedly is the best experience of 2012.