Chivalry Medieval Warfare released at the end of last year as a surprisingly good sword- fighting game from an independent studio. It successfully captured the finesse and brutality of hand-to-hand combat in the middle ages, but it had a few clear flaws. The handful of maps and game modes grew repetitive, and highly-skilled players often found themselves besieged by swarms of button mashers. The developer, Torn Banner Studios has released a large, free patch to correct some of these problems and now Chivalry has gone from a good game to a great one.

Chivalry: Medieval Warfare is essentially an online shooter, but with no guns. Set in a medieval kingdom, it lets players choose between two groups of warriors who slash it out for control of various locations like castles, villages and moors. Although there are a few projectiles like bows and throwing axes, the game is heavily focused on melee combat.

There are four classes, all of them some variation on historical soldiers (Sorry, no half- elven mages in this game). Each class has well-balanced strengths and weakness; a heavily armored Knight is a powerhouse, but moves very slowly when compared to the swift Vanguard. The Rogue can use bows, slings and a crossbow, but lacks the defense that a Man At Arms has. Unfortunately, the update does not add in any new classes, but the original four do offer a reasonable amount of variety. 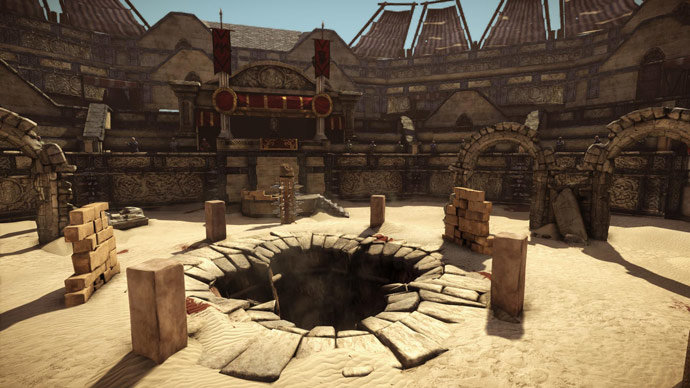 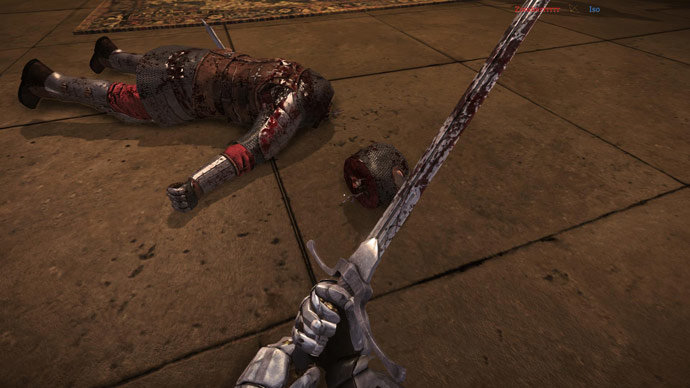 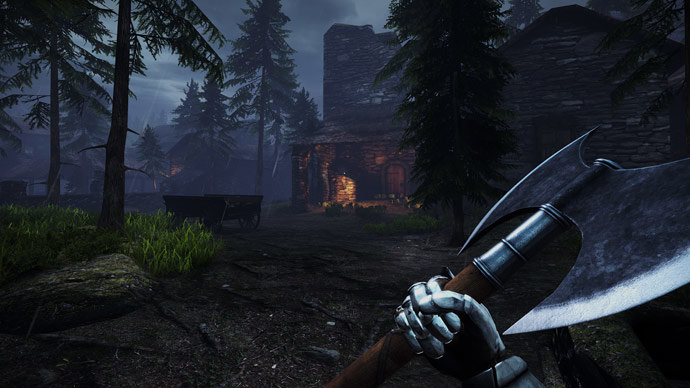 Each class has a large selection of weapons, made even larger by the new update. Every weapon has its own distinct traits; a ponderous flail can crush an enemy with one swipe, but the slow swing leaves the wielder vulnerable to nimble slashes from a short sword. A lengthy Pole Hammer can attack foes from a great distance, but that sort of two-handed weapon can’t be used with a shield.

All of the weapons have a tactical purpose, and it is the skill of the Player that determines who emerges victorious. As players make kills with each weapon type, they’ll slowly level up and gain access to more powerful versions of that particular kind of weapon.

This is a clever form of incentive in which the developers let players choose whatever loadout works for them, then reward diligent players with increasing powerful unlockables. This also means that players have to earn their power.

There is no grinding for Experience Points in this game, rewards only come by vanquishing lesser warriors!

Combat
The combat mechanics are deceptively simple. Clicking the left mouse button launches a basic attack, the right mouse button parries (Or raises a shield), while the mouse scroll wheel can be use to make vertical swings or a thrusting jab.

This plays differently than any other game out there, and button-mashing is not an option. Simply hammering the basic attack will get players killed, and the only way to survive a duel with a skilled opponent is to use all of the moves available.

Unfortunately, when the game first launched, it was very hard to have a proper duel. Chivalry: Medieval Warfare began as a team-based game. The only modes involved swarms of players slashing away at each other all at once (Up to 64 players on the same map). On large battlefields this would sometimes result in two evenly-matched swordsmen fighting mano-a-mano, but the game usually resulted in some jerk with a two- handed sword rushing in to ruin the duel.

Duel Mode
In the new update, there is a wonderful duel mode. This lets players fight one-on-one in private, using a set of new maps designed just for dueling. Players can politely wait to be challenged, or they can seek out opponents of the same level and challenge them directly. The duels maps are varied in their themes, and have all sorts of environmental hazards that cunning players can use to defeat their enemy. This is the sort of mode that elevates the game and provides a very satisfying experience similar to fighting games.

Another problem with the original version of Chivalry was the limited number of maps. Aside from the 10 new duel maps, there are three other maps that can be used for team- based modes. These new maps are visually superior to the older maps, more distinct and with greater detail. As the servers rotate through maps, there is much greater sense of variety now.

The standard Capture The Flag Mode has been added too. There were a couple of objective-based modes before, including one where one team is tasked with pushing a “Corpse Wagon” into the other team’s water supply.

However the classic CTF format is a staple of online multiplayer games, and a welcomed addition to Chivalry. With no guns this means that the Flag Bearer leads a frantic chase across the field, like a game of football, but with battle axes!

Five new weapons are now available, with one new weapon for most classes, while the Knight gets two new weapons. These include flails, a sling, and a pair of pole weapons. Although these add some new challenges to master, they don’t have any unlockables. Players will find the first tier weapons available in these categories, but no real incentive to use them aside from tactical variety.

There are numerous smaller alterations like new animations, character balancing issues and server stability, but one thing that is distinctly missing from the update is a proper single-player campaign. There is a brief tutorial that lets new players learn the ropes, but this can be completed in half an hour, and after that the game is exclusively just for multi- player.

This update makes Chivalry: Medieval Warfare much more enticing for new players, and it will definitely warrant a few more hours of slashing for players who haven’t logged on in a while. Hopefully the next update will have some solo fun to let players better explore the story behind this game. It is available now, exclusively for PC. The new content can be downloaded for free.