Bioshock iOS could change the face of Mobile Gaming 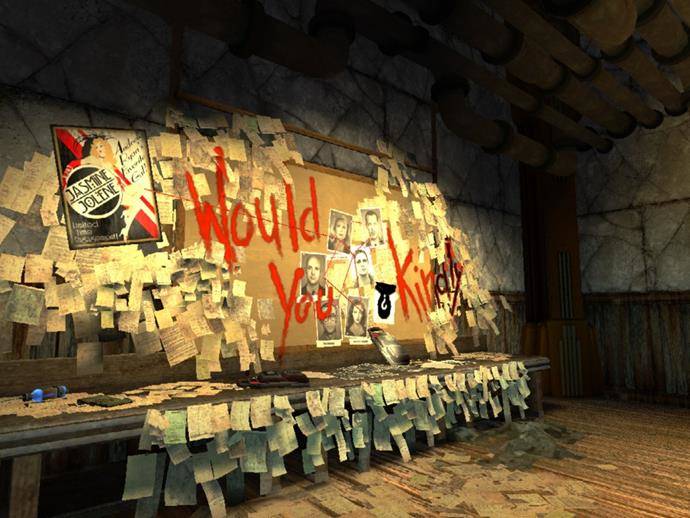 Bioshock iOS is the Test of Hardcore Mobile Gaming – Introduction

The announcement that the original Bioshock would be coming to iOS was met with mixed reaction – people either hated it or wondered why it wasn’t coming to Vita (although the answer is obvious: nothing is coming to Vita). It’s such an odd reveal, one that nobody asked for and that few people can get their head around. Hardcore, premium priced mobile games can work, XCOM proved that, but Bioshock isn’t a turn-based strategy game, it’s an action heavy shooter. The truth is, the team porting the title have everything to prove and not much in the way of fan confidence, but, if they can pull it off, they might just change the face of the entire mobile industry.

When you think of mobile gaming, it’s unlikely you think of anything even close to Bioshock. From the glum neon-lit visuals, indicative of a once-great city torn to shreds by its own ideology, to the controls and heavy story elements, almost every single element is the opposite of what you’d expect to play on the bus or during that awkward visit to the public toilets where you start sending out candy crush requests to the guy you’re sure is sat in the stall next to you.

To be fair, Bioshock isn’t necessarily typical of anything gaming has to offer anyway. The fact that it exists at all, on any platform, says more about 2K’s confidence in Ken Levine than it does about the video game industry. Today it probably wouldn’t have been made. Yes, it’s a shooter, but take away the locations, the story, the strange characters and those Big Daddys and it’s barely even a shooter worth playing. Compare it to the silky smooth military shooters that were around about the time Bioshock was released – Call of Duty and Battlefield: Bad Company in particular – and it’s obvious that it didn’t get released based on the merits of its gameplay.

Regardless, it’s still a great game, and one that’s likely to go down as something of a classic. So it’s not surprising that 2K are taking a chance on a mobile adaptation – it’s got the big name attached to it, a fan base that played Bioshock Infinite because of the hype but never looked in at its predecessors, and a reputation for being a bit clever. Price it right, toss in some advertising, show that it’s a “real” full game and there’s no doubt that it’ll sell respectably, no matter what the naysayers might think.

Bioshock iOS can be a success, and a quality port is more than possible, especially considering it’s going to have controller support, but that’s not really important. What is important is the possibilities if they manage to pull it off.

There haven’t been many publishers who have dared to try and cross the gap between the core gamer and the mobile market. We all know that that gap exists: find me someone who has never played Flappy Bird and I’ll show you a thousand that have. Mobile gaming is great fun when done right, but “done right” is very much tied to the idea of what a mobile title should be. Short, quick, fun and, to a certain extent, popular. If you can pull off this holy quaternary, you have a hit on your hand.

The idea of straying from this formula in any way, shape or form would sound like madness to almost any mobile developer you care to name. Give it a hook, make it enjoyable in small bursts and advertise the hell out it – iOS gaming in a nutshell. It’s not a bad thing, although the average fan of the Bioshock series would probably hesitate to call it their favourite form of entertainment.

What if that could change? XCOM was successful and popular enough with the fans of the franchise and genre that the likes of Civilisation Revolution 2 have become mobile exclusive. Hardcore titles that are part of major franchises are starting to shine through, even if the transition isn’t always handled as well as it should be. Now imagine if Bioshock not only works well, but if it’s successful as well. Imagine if the success of Bioshock and an excited interest in Tales of the Borderlands ends up with a Borderlands iOS title. Even typing that feels unusual, although the same could have been said of Bioshock 24 hours ago.

A successful hardcore shooter, as well as cheap availability of compatible controllers, could lead to a whole new type of iOS experience – and it’s 2K and the Bioshock team that are leading the way. While you can fully expect nothing but ports at first, the idea of original gaming can’t be too far behind, if not from major developers then from indies looking to create the new Half Life. Story driven adventures, without the distraction of multiplayer that ‘plagues’ major console iterations, could become a thing on mobile devices.

And all because one publisher is taking a risk with releasing a hardcore shooter onto a mobile device. It could bomb, as many have predicted, or it might just be the beginning in a shifting attitude towards what’s possible on a phone.