The typical Pokémon generation of video games has been highlighted by two initial releases, followed by one ‘complete’ release. You had Pokémon Red and Blue, and then Pokémon Yellow. You had Gold and Siler, and then Crystal. You had Diamond and Pearl, and then Platinum, and so on. Until the release of Black and White, followed up by Black 2 and White 2, Game Freak has stuck to this generational system. Not until now has Game Freak again released sequels to their most popular title, rather than a ‘complete’ edition. Pokémon Ultra Sun and Pokémon Ultra Moon are not ‘complete’ editions of the original titles, but rather a game set in somewhat alternate story line. Let’s dive and see the differences. 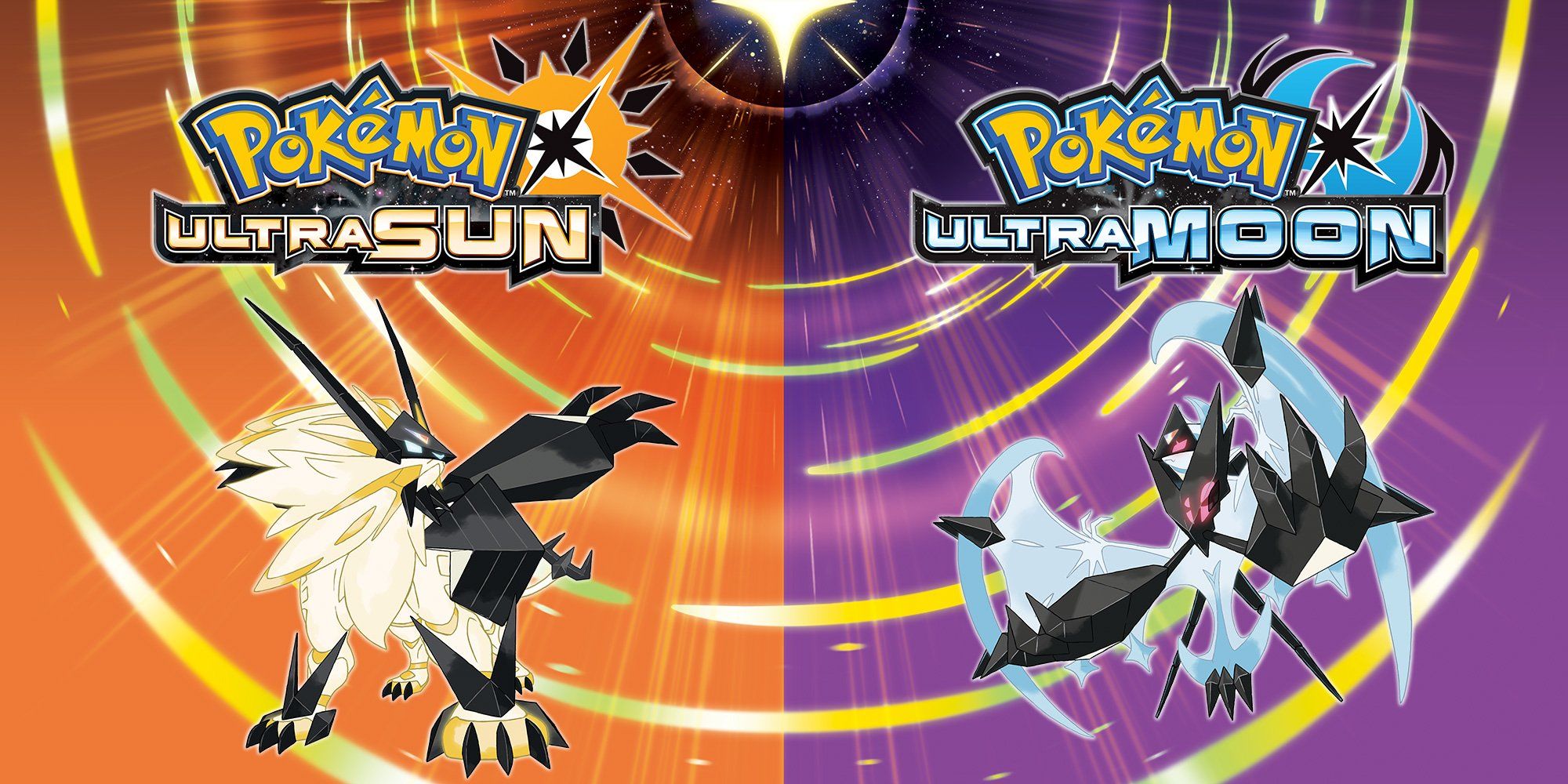 I don’t want to rehash everything we originally talked about when reviewing Pokémon Sun and Pokémon Moon, so we will brush over a few of the unchanged details but link off to appropriate articles should you need a reference point, or a refresher all together. At a quick glance, it is true that not a lot has changed from the original titles to the Ultra titles, and that’s not necessarily a bad thing as the game did so many things right, being one of Game Freaks best Pokémon creations yet. Your traditional Pokémon elements are obviously still here. You’ll explore the Alola region of the Pokémon world, using your own Pokémon to battle others, collect new monsters, and attempt to beat all the Island Challenges, Kahuna’s, Team Skull – and a brand new enemy! – and as the tag line goes, Catch Them All! It’s a tried and tested concept that has worked for over 20 years, so why change it.

But Pokémon Sun and Pokémon Moon elevated the franchise in new and interesting ways, giving players more game play options all around, both interacting with others online, and interacting and forming bonds with their own personal Pokémon. One of the better additions in Pokémon Sun and Mon was the Festival Plaza, a place where you could go and interact with individuals from around the world, compete in missions, earn Festival Points, and redeem them for useful gifts you could use in game. Another great addition to the Pokémon franchise was the Pokémon Pelago, a fun group of islands where players could do various mini games, bonding with their Pokémon and finding useful items to use in game as well.

Graphically, Pokémon Sun and Moon were the best in the franchise, and this carries over to Ultra Sun and Ultra Moon, with various areas getting makeovers as well; this is evident already on the first Island of the game, where everything appears fresh and brighter. Game Freak did a good job of elevating and enhancing the franchise in a big way, doing away with traditional Gym battles in lue of Island Challenges, bringing in the concept of Pokémon calling for allies to help in their fight against you, and much more.

Doing Enough to Justify the Purchase?

The ultimate question with Ultra Sun and Ultra Moon is whether Game Freak has changed enough to warrant a second adventure in Alola. The last time I picked up and played through Pokémon Sun and Moon was for review about a year ago, and I can say that after finishing the game and engaging in the post game content – with a total playtime of roughly 80 hours – I never picked up the game again. So it’s been roughly 365 days since I dove into Alola, and let me tell you: in all honesty, I wasn’t sure if I some of the things I was seeing was new for Ultra Sun and Ultra Moon, or if I purely just forgot about it over the course of the last year. Although certain story aspects were predictable as I could remember those points, it was the finer details I wasn’t 100% sure about; for the most part, Ultra Sun and Moon felt fresh even before tackling the bigger changes.

The first thing you’ll realize is that, although Game Freak hasn’t done away with all the tutorials you’ve played a dozen times in your life, they have improved the speed of the first moments of the game; this was a huge downside for me the first time around, as getting through the games first few hours in Pokémon Sun and Moon was a slog, and even turned off long time Pokémon fans. It’s still take a bit to get rolling, but it is much improved. Right away, Game Freak doesn’t keep you guessing about whether or not the story is going to change; for the most part, it doesn’t, outside of a twist at the end, and the introduction early on of the Ultra Recon Squad, which doesn’t replace the Team Skull, but works as another power attempting to destroy Alola.

Through the inclusion of the Ultra Recon Squad, you are also introduced to the Ultra Wormhole, an alternative reality world you can enter in search of rare and elusive Pokémon. Playing a small minigame using tilt controls – a frustrating task if you ask me – can net you opportunities to catch Legendary Pokémon from previous games. For those who have wanted to have multiple legendries in one title, this will be your best chance of making that a reality.

In the Festival Plaza, things have been changed as well; a new Battle Agency allows players to ‘rent’ Pokémon and engage in 3 on 3 battles with other trainers. These Pokémon are leveld up and Battle Ready, so having the opportunity to take them for a spin early could help in deciding what type of team you want to put together in the future. Of course, these battles will also reward you mounds of Festival Points, which is always a plus to keep you stocked on Pokeballs, potions, and more!

Another new minigame is the Mantine Surf experience, which allows you to play and interactive surfing minigame as you travel from one of Alola’s islands to the next. While surfing, you can perform tricks to earn points, and at the end of your 4-5 minute experience, you will be rewarded with Beach Points (BP). BP, like Festival Points, can be turned in for a variety of useful items, which in my opinion surpass those that you can earn in the festival plaza. If you plan on spending time on one specific minigame, this is probably the one you want to play.

Some of the changes in Pokémon Ultra Sun and Pokémon Ultra Moon won’t immediately knock you over the head. The introduction of Ultra Recon Squad early on signals a change in the story, but in reality you will quickly realize that not a lot actually has changed. The Recon Squad does get interjected into the story from the time-to-time, but doesn’t change the arc much from the original releases. What you will notice, however, is that a few of the trials have been revamped in new and interesting ways, and while the leaders themselves still act in much the same way, their challenges are altered enough that those who are familiar with the first release, will note the differences.

Gone also are the annoying-to-collect Z crystals, which are instead replaced with Totem Stickers, shiny badges spread around the world that makes exploring every inch completely worth it. Something very cool will happen when you collect enough of these stickers, so make sure to keep your eyes out for something sparkling, whether in a pond, on the ground, or on a building!

Another wonderful improvement in Pokémon Utlra Sun and Ultra Moon is the inclusion of nearly 100 more Pokémon to the region, which not only expands your Pokedex but brings to Alola a number of fan favorite Pokémon, including starters from previous generations. Seeing these Pokémon pop up from time-to-time was outstanding, and really knocked me over the head with a healthy dose of nostalgia for all the previous Pokémon games. Rarely does a Pokémon game force me to make hard decisions about the Pokémon I want to have in my party near the end game, but I was constantly conflicted with Utlra Sun and Moon; I had over a dozen really great Pokémon I wanted to take to the end, and narrowing it down to six was incredibly difficult.

The changes are frequent in Pokémon Ultra Sun and Pokémon Ultra Moon, but not so frequent that you’ll feel like you are playing a brand new game. Game Freak has easily done enough to justify a new experience, but if you’ve recently played Pokémon Sun and Moon, it will feel a lot less fresh, despite what has been added. From my perspective, Ultra Sun and Ultra Moon are must own games in the Pokémon franchise, and the new Mantine Surf minigame, Battle Agency minigame, and inclusion of (catchable) rare and Legendary Pokémon is enough to make me dive in yet again.

Expanded and improved island challenges will also provide new and unique challenges not yet seen, and the ‘Ultra’ features – Ultra Recon Squad, and the Ultra Wormholes – are a great new, albeit infrequent, story plot to engage with in a new way. On top of all of this, there are a number of other great features included that we’ve left untouched here as to avoid too many spoilers; that being said, expect a surprise or two along the way. Pokémon Ultra Sun and Ultra Moon are great additions to the franchise, and should not be missed.