With the release of Bastion in 2011, Supergiant games burst onto the gaming landscape. Bastion was critically acclaimed and was on several Game of the Year lists as well. Transistor is Supergiant’s latest game, which has been three years in the making – and it was well worth the wait.

More Than Just A Sword

Much like Bastion, Transistor is played in an isometric view. The world is gorgeous, beautifully crafted in a way that sets Transistor apart from other games.  Transistor is set in a cyber-punk city called Cloudbank where you play as Red, a girl that finds a sword pierced through a man on the side of the street. The sword, called the Transistor, speaks to her and guides her through the city. The sword talks through the speaker on the PS4 controller, a very cool, unique touch that really made me feel like the sword was talking directly to me. Cloudbank is under attack by The Process, which is manifested as different robots. 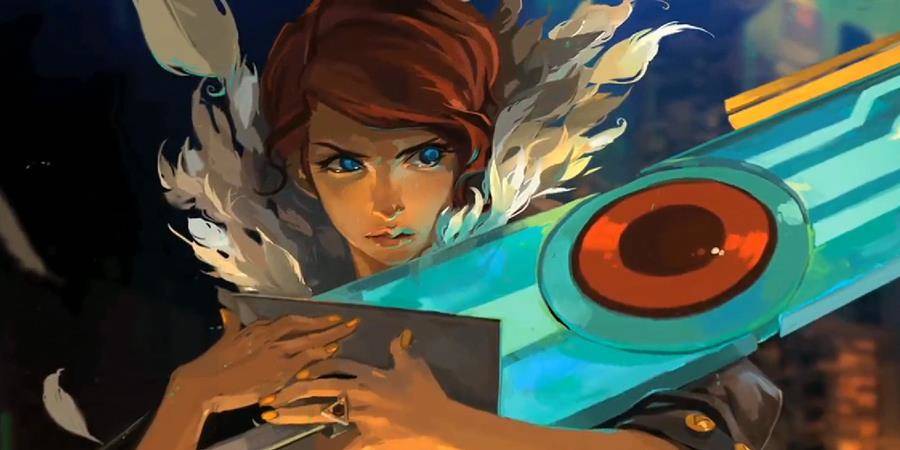 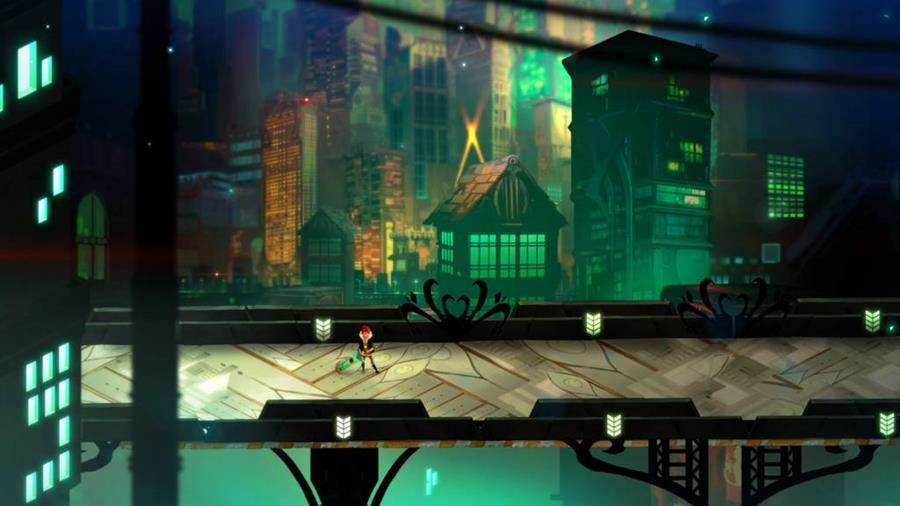 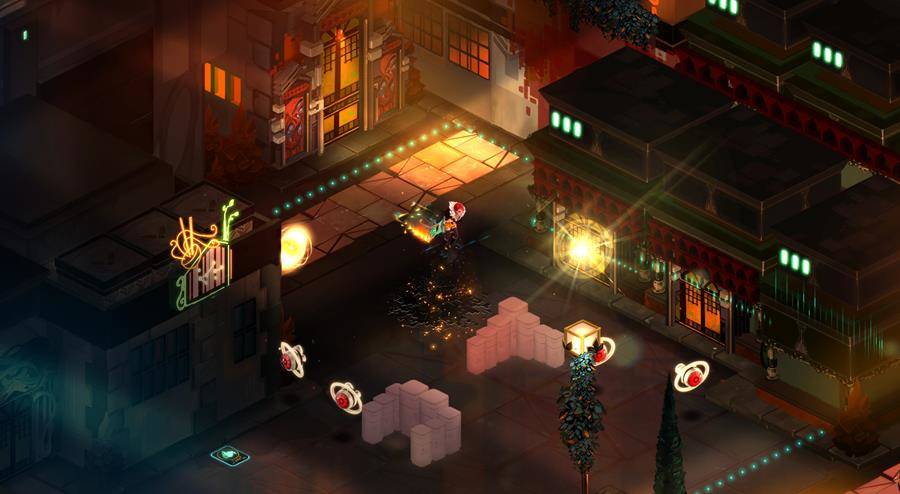 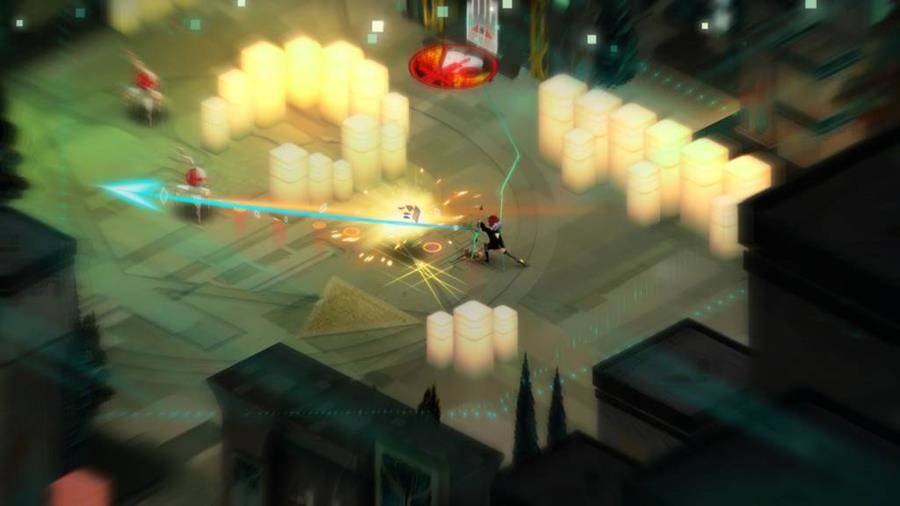 As Red ventures on through the Cloudbank, she comes across characters that have been killed. The sword can absorb the powers of these people, which gives Red additional combat options. The combat in Transistor can be done in two different ways: real-time combat or the player can freeze time and plan out moves, which are then played out in real-time when play is resumed. The benefit of freezing time is the player can be more purposeful in their attacks. The trade off is performing attacks this way renders Red without any abilities few a few seconds. This combat method gives the player a choice which I really enjoyed. I found myself using mostly the method of freezing time and planning my attacks, but its great that the player is given options.

The other choice the player gets is the types of attacks and the combinations that can be done. All of the powers that Red gets through the Transistor can be used as a primary attack, a secondary attack, or a passive attack. This makes the combat deep and fun to explore. The powers can be switched around without penalty at designated stations around Cloudbank. By not having a penalty, it encouraged me to try different combinations and use all the powers at hand. This provides such deep and rewarding gameplay that never penalizes the player for trying new combinations.

I really enjoyed the way they handled health in this game

Transistor handles health in a very different way. If Red’s health bar gets down to zero, one power is taken away and the health bar is refilled. This gives the player the ability to continue the fight but in a handicapped state. Since Red only becomes handicapped, the fights are challenging without have to repeat encounters via death and returning to the last save point. When a power is taken away, the player has to wait until they visit two terminal stations to get that power back. I really enjoyed the way they handled health in this game and hope more games adopt similar methods.

The soundtrack in Transistor is one of the best I’ve heard. It’s calm techno style fits right in with the art of the game. Red will hum to the songs when you hold down the left bumper on the controller. I found myself doing this for complete songs to hear how she harmonizes with the music.

Although it is only around 6 hours long, I had a blast playing Transistor.

The story is told mostly through short cutscenes and by reading through the abilities that are keyed to a particular person in the narrative.  As you use these skills their back-story is revealed. This allows the player to dig through the back stories if they choose or they can ignore them all together. The narrative is also told through terminals that you find around Cloudbank. I found myself really looking forward to finding these terminals to reveal more about Cloudbank and what happened before Red found the Transistor.

Although it is only around 6 hours long, I had a blast playing Transistor. It does have replay value in a new game plus mode and trial rooms that give you additional challenges which unlock more XP points. Through the unique gameplay, deep combat, and gorgeous visual style, Transistor stands out from the crowd.