For anyone on the outside looking in, the MOBA genre can look like a scary one. There are too many numbers, too much clutter on the screen, too many characters, abilities, items and you have to work as a team! I have a confession: I used to think that too, and as I dipped my toe into the deep blue ocean of MOBAs I was still thinking it. Now, some lost hours later, I have emerged a fan. I say emerged, I can’t quite tear myself away.

Hi-Rez Studios have thrown their hat into the Free-to-Play MOBA ring with SMITE, a third-person take on the genre. Still in open beta, it features a cast of ancient gods, such as Thor and Zeus, eschewing the fantasy setting and constructing a mighty war for the pantheon of 39 (as of writing) deities.

The selection is limited when compared to the hundred plus list of characters found in other games of the genre, but this is far from a bad thing, in fact, for newcomers this is perfect. I was in awe at the vast list of playable gods, and also somewhat intimidated. And this is where SMITE really differentiates itself; this is a MOBA for those who are scared of MOBAs.

Traditionally the genre tends to be built from an isometric view, comparable to an RTS; there’s a lot of clicking and directing. You click to make a person move. You click an enemy to make your character attack them. It’s a very passive style of gameplay. SMITE, with its third-person, over-the-shoulder camera keeps things very active. Your attacks require more skill as you have to line up a shot or manoeuvre around enemies to catch them by surprise. 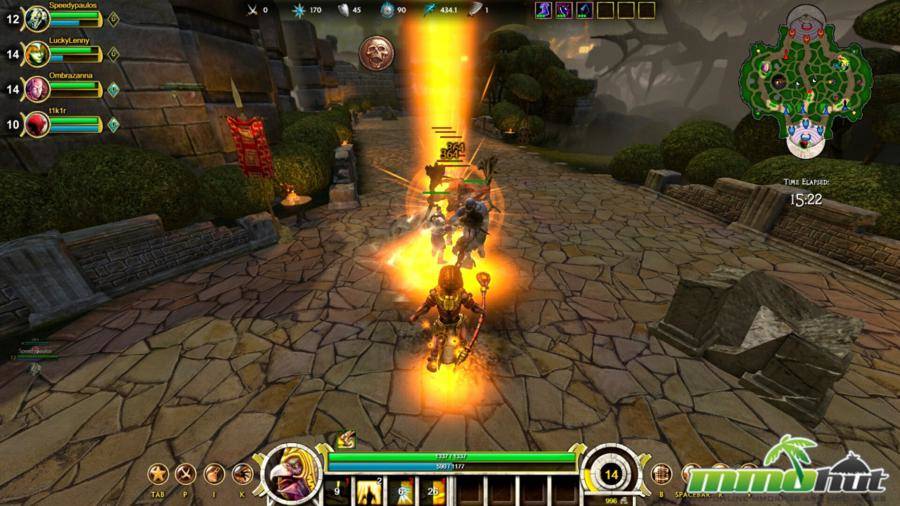 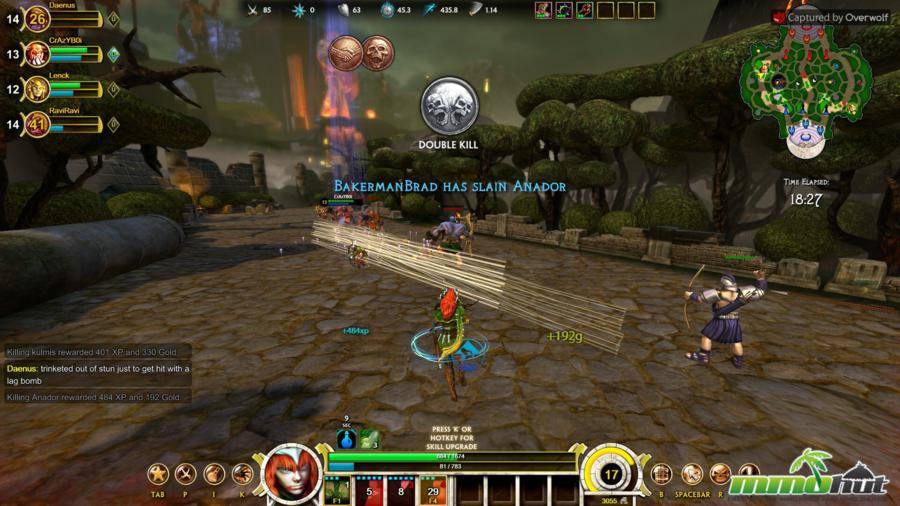 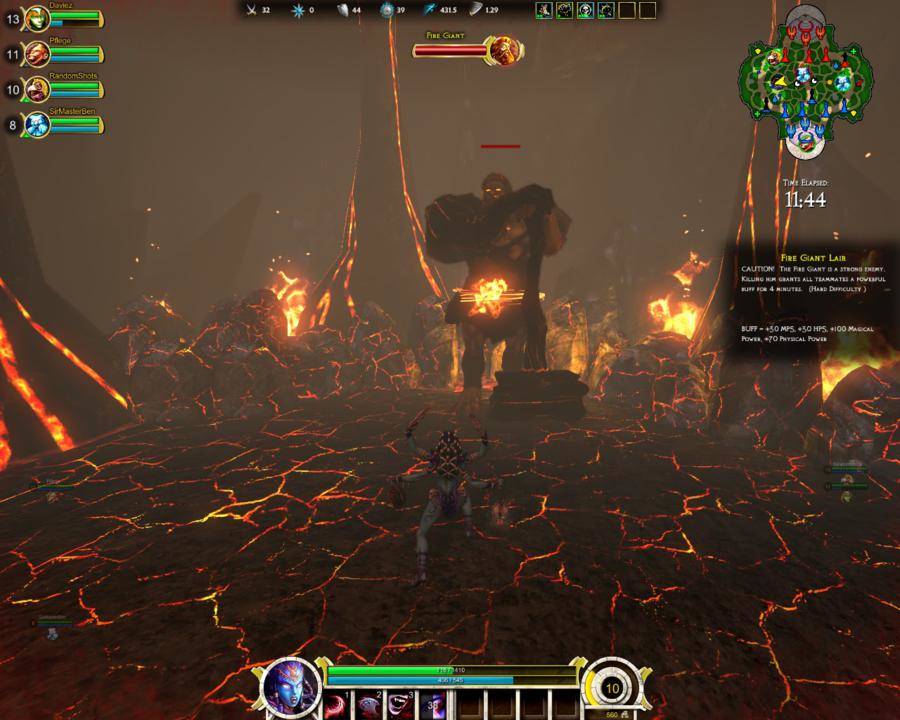 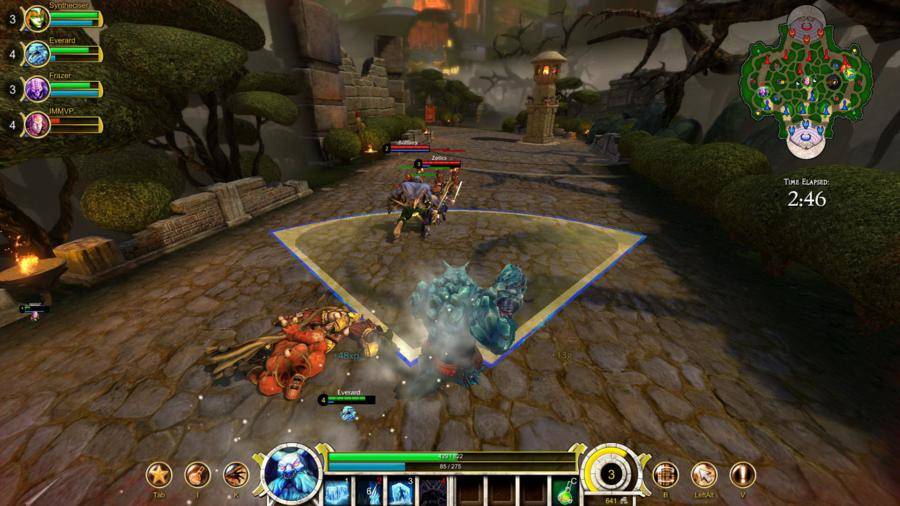 It makes things simpler, and not in a dumbed-down way, but in a more accessible way. At first, it seems like a very unforgiving environment; offline practice is very limited, (although you do get to practice with each of the 39 characters, more on that later) so the only way to really learn is trial by fire. There’s little worse than the feeling of embarrassment as you die first two minutes into the game, but swallow your pride and do your best and it’s surprising how quickly you learn the game.

Before my first match was even through, I had learned so much. You learn when and where to use your abilities, when to fight and when to retreat, what items to buy, and what kind of character you are best suited to. After a few games online, and experimenting with the characters on offer, you’ll have learned what this game is about and your play-style preference.

Win Some, Lose Some

The standard game type is Conquest mode. In that, you play as part of a team of five and must push up three “lanes” to destroy your enemies’ Minotaur. You do that, you win the game, but of course, there’s another team trying to do the same thing. There’s an almost cinematic push-and-pull involved; you’ll make a slight advancement and so will the other team, back and forth it goes until one team makes that final push and snags victory. It doesn’t grow tedious or boring, as it keeps you in the game. True nail-biting, edge of your seat stuff. And when you win, boy does it feel great. The struggle was all worth it in the end, and if you lose, oh well, pick yourself up and try again.

If you find that intimidating, there’s Assault mode, which features just one lane. I would highly recommend this as a starting point as the pressure on you as an individual is removed and you can focus simply on working as a team. It also randomises your character, forcing you to potentially play as someone you never have before, keeping it a lot more fun and light-hearted. Joust is a similar mode with only one lane, but three players instead of five. There’s also a one versus one version, exclusive to those more experienced, a mode which shakes me to my core; a true test of your skill is what I imagine it to be.

Domination is your standard control point mode of play, with three points to capture and keep. It reminds me of Conquest, but without the pressure. You’ll find it’s a lot more fluid as players move between control points rather than sticking to just one, giving you freedom to play as you want. Lastly, there’s Arena, which is so much more chaotic and insane. Still in teams of five, you all converge in the centre of the arena and it leads to a much more brutal game; expect to die more in this game mode.

A separate Match of the Day game gives a twist to the Arena mode, giving you a choice between just two characters. It’s a step up from the standard Arena game, as things aren’t taken as seriously. It’s all messy fun and you can see that when five of the same ability are being deployed in the centre of the arena. Despite this, Arena is the worst of the bunch, due to a lack of focus and just a lack of fun.

Do Me a Favor

Out of the 39 gods available, five are free and yours to keep (you’ll be seeing them a lot, maybe even playing them a lot). Hi-Rez are generous enough to give an extra five to choose from and sample, a set which they regularly rotate around so you can experience playing with other characters. While 39 seems to be a paltry number, it’s a roster that is ever expanding with every character being constantly tweaked and balanced. This isn’t a finished project (though it feels like one) and the developers are still committed to the game, so you can play safe in the knowledge that there is much more to be delivered.

Gods can be unlocked by spending “favor”, which is earned after each battle. It accumulates quite quickly, with each win bringing in somewhere between 100 and 200 favor. Within a couple of days I could unlock a character or two if I wished. There is also the option to purchase them with real world money if you can’t wait. Spending £5.60 can buy you two gods, but buying them all together in an ultimate pack is much more cost effective; it costs a meagre £20.99, and on top of that, it will unlock all future gods too.

Since the game is so heavily focused on online play, you have to take the community into consideration. You may have heard the horror stories about unforgiving players who chastise anyone new who dares try to play THEIR game. Really though, they’re quite rare; I encountered just two and they were tame ones at that. What is worth reporting though is those who disconnect. Whether or not they quit out of anger or simply had internet troubles can’t be said, but it can ruin a game and your chances of winning. That fifth person makes a difference; I was against one poor soul who’s entire team dropped out.

Since this is a team game, decisions are made at your disagreement. I was forced into a surrender more than once because my team didn’t like that it wasn’t going perfectly. Sometimes games won’t even start if a person drops out in the lobby, leaving to connect to another game and wait again (in fairness, wait times never exceed three minutes).

In the grand scheme of things, all of that doesn’t really matter. I had fun, and that is the best thing I could possibly say. For a genre I never thought would appeal to me, it has sunk its claws deep. Consider me a convert. So if you – yes you – are wary of MOBAs, just give it a try. SMITE is a great choice for a newcomer, that I can attest to, and you may find a new favourite game, capable of eating months of your life. Free-to-play may well be the future of gaming, and if SMITE is leading the way, the future looks good.