Fighting games typically don’t make their way to PC, but that’s been changing recently with games like Street Fighter IV and Street Fighter X Tekken seeing releases. The most recent addition to the ever-growing PC fighting game library is Mortal Kombat: Komplete Edition, and it features all of the original DLC packs and extras released in 2011 for this well-received reboot. To top it off, not much is lost in translation, and the PC port remains a satisfying experience.

A Fighting Game With a Story? Get Outta Here…

One of the big draws to the newest Mortal Kombat is, oddly enough, the story mode. Most fighting games offer single-player outings that have a mild premise and/or are the only way to unlock the rest of the characters, which is not the case here. Instead, MK’s action-comedy, b-movie narrative features a plot that focuses on all the characters in what is essentially a retelling of the events in the first three games, this time with a lot more context and characterization. 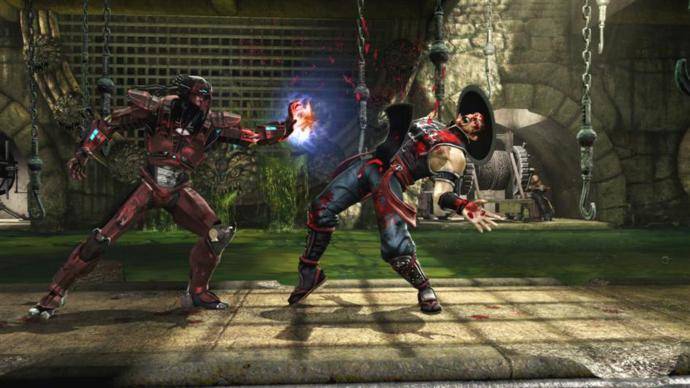 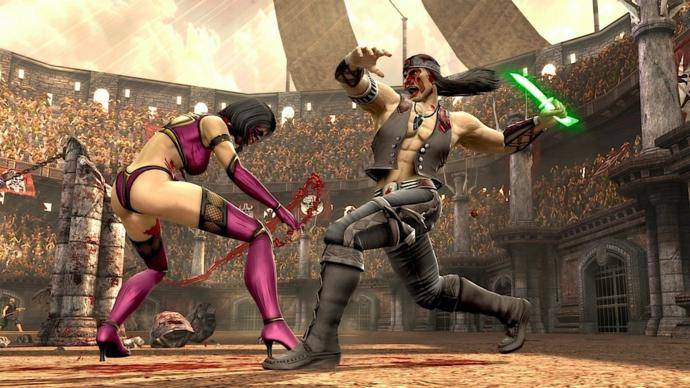 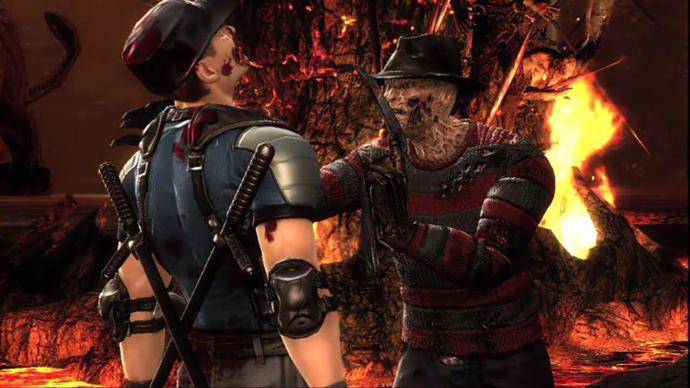 While the antics of the solo campaign make for some great entertainment, the cutscenes in the PC edition are grainy and have muffled sound. Thankfully this only effects some of the scenes, but the change in quality is still enough to make for a jarring experience since the game looks and sounds great everywhere else.

Problem cinematics aside, the fighting is a huge step up from previous installments, and in many ways similar to the original arcade trilogy. All of the combos are done organically by chaining a few of them and the special attacks together, which results in a fluid experience where honing skills is a must in order to survive; a button-masher this is not.

A button-masher this is not.

Where the combat gets really interesting is with the power bar at the bottom of the screen. The bar fills up during battle, usually when damage is given or taken, and allows the player to unleash a combo breaker, “charge” a special ability or use the popular “X-Ray” attack, a powerful move that shows ghastly closeups of breaking bones.

Of course, “Fatalities” are back and are more violent than ever, and even “Babalities” make an appearance. Finishing moves have always been the bread-and-butter of the MK series, and it’s nice to see this much attention brought back to them.

This is obviously a very focused attempt to revitalize the franchise, and it works. By implementing core design from the initial installments, and adding touches of new gameplay elements, NetherRealm managed to bring Mortal Kombat back to the stage as a viable, polished fighter.

Patching Up the Wounds

However, there are some small issues here. The AI, particularly during the campaign, moves back and forth between being pushovers or god-like, which is made a little worse due to how the game has the player use multiple characters throughout. This doesn’t exactly help when trying to get used to an individual move set, so resorting to Practice mode in order to truly a get a feel for one is a must.

A solid fighter that takes the franchise back to its roots while pushing it forward at the same time.

In the other modes, like Tag Team and Versus, there are some problems with balancing that are carry-overs from the original console releases, with some characters being overpowered and others too weak. The online component has some warts, as well, with matches occasionally being disconnected and some minor lag. These problems don’t show up that often, but it’s still a burden that NetherRealm should fix so their already great game gets even better.

While not without its hangups, Mortal Kombat: Komplete Edition is a solid fighter that takes the franchise back to its roots while pushing it forward at the same time. The fantastic campaign, combos that require more skill than luck and clever new additions not only make this one of the best Mortal Kombats in years, but it’s also one of the best fighters on PC.