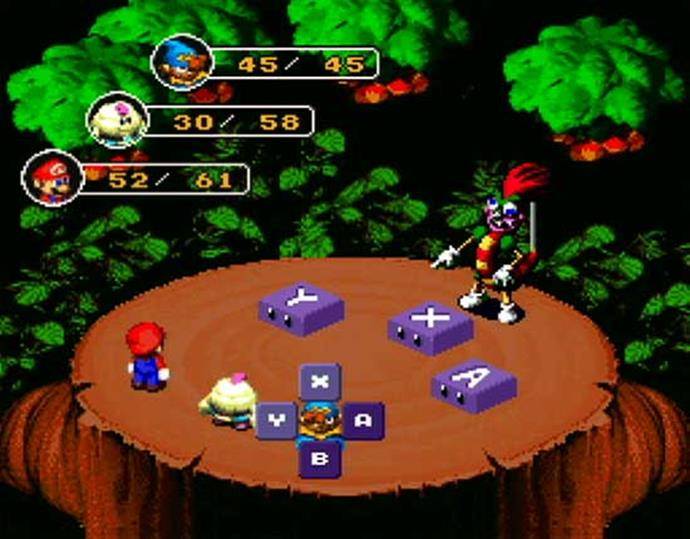 Authors Note: This is part 2 in a series of articles about giving old Nintendo titles the HD treatment. You can read my take on Rare games in Part 1 here.

Nintendo is synonymous with Mario, and Mario synonymous with Nintendo. When one thinks of Nintendo they probably don’t think about the logo. Instead, they think about a plumber in a red outfit. In Part 2 of this series of articles I will examine which Mario titles I believe should get an HD treatment and why.

Just Give Me Everything

If I didn’t care about word counts, content, and opinions, I could begin and end my article with this statement: Remake every Mario game and re-release them on the Wii U and 3DS. While that statement is incredibly unrealistic, it wouldn’t be a bad plan to release a lot of Mario titles again. But to make things interesting, and to spark some debate, I’ll pinpoint a few.

Splatoon at E3 Made Me Lose My Mind!

As I was watching Nintendo’s E3 video, I was anticipating one HD remake to at least get a tease. The longer I waited, the more I anticipated it. Then it happened. Paint. Lots of paint on the screen, and something was moving through it. I lost my mind! I couldn’t believe I was correct. Nintendo was remaking Mario Sunshine!

Except they weren’t. It was Splatoon, not a teaser trailer for Super Mario Sunshine HD. But I still hope to see this title soon, and for a number of reasons.

The GameCube was not the most successful of Nintendo’s many platforms; in fact, the early years of the Wii U are eerily similar to the early years of the GameCube. That did not stop Nintendo from releasing a ton of quality titles, however. Super Mario Sunshine took a lot of heat; many people, whether they owned a GameCube or not, hated the game. Granted, it had its share of problems, most notably a shaky, unpredictable, sometimes unmanageable, camera. Regardless of the issues, however, it was underplayed, and therefore, under-valued. Almost twelve million people purchased both Mario 64 on the Nintendo 64 and Mario Galaxy on the Wii; only a few over six million people bought Super Mario Sunshine.

Great, problematic games have been heralded as success because the masses played them. Oblivion, a well reviewed and almost universally accepted title, was full of problems, ranging from texture issues to game breaking glitches. However, it was played. It was played by thousands of people who accepted the problems to play a critically acclaimed title. Super Mario Sunshine deserved that treatment, but instead of being available on the two must have platforms during the day – Microsoft’s Xbox and Sony’s Playstation 2 – it was on the GameCube. This game deserves a re-release. Not only will it provide nostalgia for the few individuals who actually played it, but it will also open up this Mario title to a whole new group of gamers.

One Newer and One Older

Again, I could say we should remake every Mario title, but I think two is more than enough. I picked a newer title from the 2000’s, so now I’ll examine something older: Super Mario RPG: Legend of the Seven Stars.

Some Nintendo fans unknowingly thought that the Paper Mario franchise was one of Nintendo’s first forays into RPG games; however, they would be wrong. Super Mario RPG was released on the Super Nintendo in 1996, and re-released on the Wii Virtual Console in 2008. While the game looked pretty at the time, replaying it 12 years later wasn’t the same. The nostalgia was there for me, but I really hoped for something a bit more vibrant.

Understand that a remake of Super Mario RPG would not just be Nintendo releasing a game at a higher resolution. This is a title I would like to see Nintendo rework from the ground up. I want to think that, had I not played this back in 1996, this was a brand new, 2015 Nintendo title.

Why Super Mario RPG? I could sit here and choose Super Mario World 3 as the game I’d like Nintendo to remake from the ground up; however, I feel like we have that in the New Super Mario Bros series of games. Remaking Super Mario World 3 would probably appeal to a wider audience, but it would just be more of a series we have been overloaded with in recent years with two games on handheld and two – or three, if you include New Super Luigi U – games on console.

At its launch, Super Mario RPG showed the world that Nintendo was able to produce something other than a platform title. And there is a possibility there is truth to that statement since Nintendo commissioned Square Enix (then Squaresoft), the company responsible for Final Fantasy, to design this title. Because of Square’s knowledge, Super Mario RPG was an excellent game with well executed controls and battle systems. The story was interesting enough, especially when you were able to play as other characters in the Mario universe, most notably Princess Peach and Bowser. The game was different at the time, especially for Mario fans. In fact, many fans may not even have realized this game ever existed.

This concludes Part 2 of Nintendo HD. Stayed tuned for next weeks article: Remaking Zelda. If you have any suggestions, send me a tweet, @adamroffel.