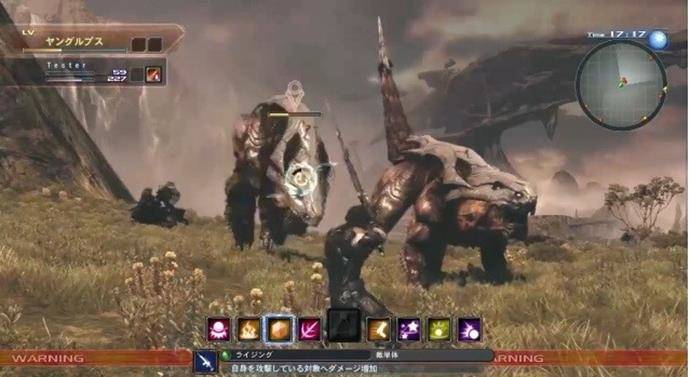 Monolith Soft’s Xenoblade Chronicles X has officially been announced for a 2015 release on Wii U. The follow-up to the 2010 Wii exclusive Xenoblade Chronicles captures the same art style of its predecessor and will focus on the strong storytelling and the bonds held between mankind’s last remaining survivors.  The characters of Xenoblade Chronicles X become locked in an intergalactic war, and the game focuses on their struggle as they are forced to fight for their future against an invading alien race. The trailer showcases these survivors in a heated battle of mechs and gunships.

Xenoblade Chronicles’s incredible story involves two massive titans, the Bionis, and the Mechonis, who were forever frozen in combat on a planet of endless ocean. Eventually, life forms begin to evolve on the titans. Humans, known as Homs, begin to live on the Bionis, while mechanical life forms known as the Machina live on the Mechonis. Both of these species have been engaged in war for the entirety of their existence.  You are Shulk, a Homs that seeks revenge on the Machina for attacking and destroying his home. As Shulk, you take up the legendary sword made of light known as the Monado, which is the only weapon that can damage the Machina.

Check out the 2014 Xenoblade Chronicles X trailer above and make sure to check back for all the upcoming Nintendo and e3 news on GamesReviews.com