Lex Laser Saves the Galaxy, Again is a tactical puzzle RPG for Windows, Linux and Mac, with a tentative release date of the first half of 2014. Currently on Kickstarter, the team from Defiant Mouse are working towards gathering $65,000 towards the finished project, and are currently around 18% there. Within the game, Lex Laser must explore a huge alien world across multiple episodes, whilst collect mining samples and killing aliens. Defiant Mouse are billing it as a tactical rouge-like RPG for busy people – specifically parents.

We spoke with the CEO of Defiant Mouse, Andrew Grant, who took us through what they’re doing differently. 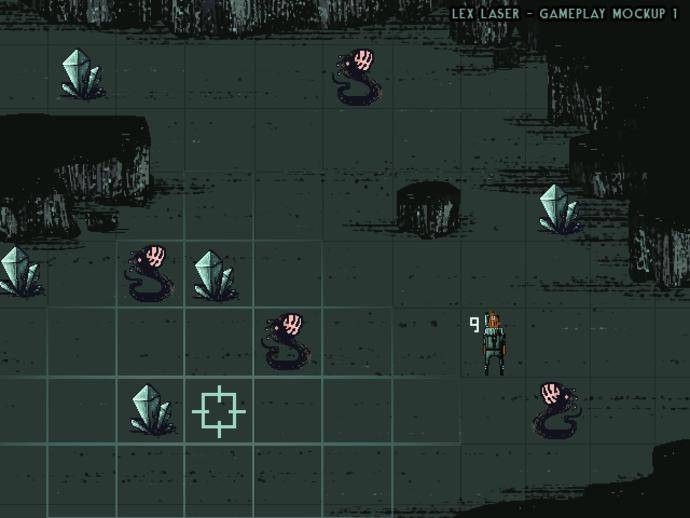 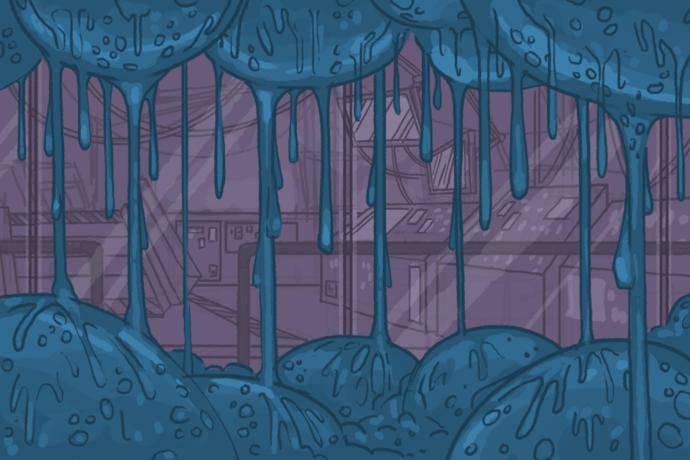 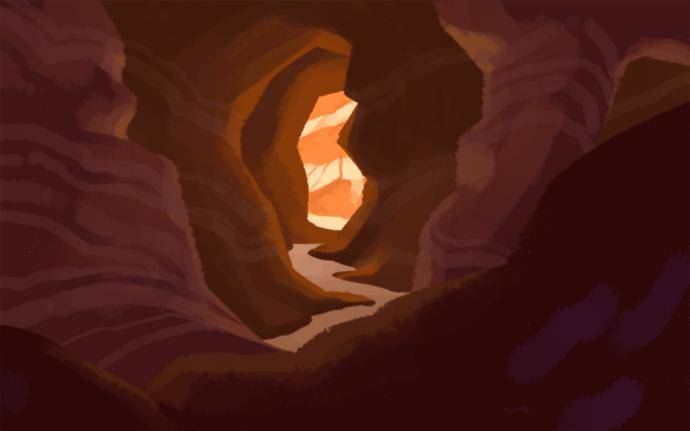 The best known rogue-like RPGs are definitely not built for busy, some of them with hundreds of hours of potential gameplay. Why go for that genre?

Exactly for that reason.  Rogue-like games are lots of fun, but they just aren’t accessible to some people.  We’re hoping to expand the audience.

Some old school Rogue players who haven’t had the time lately will suddenly be able to play again, and some new players will get introduced to the genre.  If we end up creating a gateway game, I’m all for that.

How are you hoping to balance the genre elements that everybody will be expecting with the lower amount of time needed?

The short answer is that we’re not. Rogue-likes in their old-school form just don’t work for busy people. We need to change the formula. Lex Laser is a large twist on the genre, rather than a retread.

For example, in Lex Laser, you have small selection of items, mostly weapons, at your fingertips. Each weapon effects vastly different areas of the map around you. When you see a clump of enemies, you try to figure out which weapon can hit all of them, or how you could lure them into a better formation for next turn.

While that’s a thing that might happen from time to time in some rogue-likes, it happens all the time in Lex Laser.

This is a complete change from the vast inventory of mysterious loot in classic rogue-likes. But if we kept that feature, players would be lost after returning to the game. They’d have to root through their backpack and examine each item to remember how it worked.

In Lex Laser, you just select an item and move your mouse around the screen. We’ll show you a preview of how it works. This moves some of the challenge from a memory game to a more purely puzzle/tactical game.

Games like Half-Minute Hero appeal to both people who don’t have the time for full RPGs, and those who love puzzle/more casual games as well. What are you doing to reach that sort of appeal?

Half-Minute Hero has a brilliant hook and a really cute aesthetic. We’re going slightly more serious, but with some camp humor to let off steam.

Lex Laser, hero of a hundred battles, is secretly a bit of a coward who counts on the Combat Implant (the player) to solve all the tough problems. Their interplay gives us a lot of opportunities for both conflict and friendship, depending on how the player chooses to run the show.

As a game, Lex Laser is a much more sedate experience. It will happily wait for you. Take as long as you want. Half-Minute Hero has a bit of a sense of urgency to it….

We’re occupying a similar niche in terms of busy/casual/puzzle players, but the gameplay is very different.

Branching storylines are a pretty unique thing for the genre. How much will player choice influence the end of the game?

If we manage to hit the Story Mode stretch goal, you can expect big branches in the main plot arc itself, including multiple endings.

Even at the base funding level, though, we can afford to create Episodes with different endings. Those endings will have some serious in-game side effects.

How are you going to balance difficulty so that levels don’t necessarily become more time consuming as you progress, or in such a way that somebody can return after months without feeling out of their depth?

Difficulty can scale by increasing the number of simultaneous enemies you have to deal with, or by making them move faster (more squares per turn), or by changing their behaviors, or by giving them more effective ways to thwart you.

Difficulty can also scale by putting the player into situations where they don’t want to inflict collateral damage on the environment. Perhaps they don’t want to use the Gigantic Gun of Doom in the children’s ward at the hospital. In that situation, the player might voluntarily choose a less effective weapon, increasing their own difficulty.

None of those methods require larger areas to explore or bad guys with more hit points to chew through. They will require more brain power.

As for picking up where you left off, that’s going to require a lot of playtesting to get right. Our primary technique of getting players back into the swing of things is to let them preview their moves before they commit to them. In the early game, that’s as simple as seeing what area your weapon will hit. In the late game, you’ll have some extra gizmos that will predict enemy movements, too.

We don’t want to eliminate the learning curve entirely, so this will be a tough balancing act. All of that is why we’re scheduling Puzzle Mode first, so we can get a lot of community feedback on difficulty and learning curves as early as possible in the development cycle (backers at the $35 ‘Alpha Tester’ level will have a great opportunity to help us out with this!).

What happens to Lex Laser if the Kickstarter is unsuccessful?

In that case, Lex Laser goes on the back burner for a while, perhaps permanently. We’ve gathered a pretty awesome team, but they won’t wait around forever.

We’d need to do some serious self-evaluation. Was it unsuccessful because the concept didn’t appeal to players? Then we need to adjust the game or develop something new.

Was it unsuccessful because we didn’t get the word out well enough? Then we need to improve our communication paths.

You can pledge to Lex Laser Saves the Galaxy, Again at Kickstarter. The developers have also set up a series of prototype levels to try out if you’re unsure about the game. Check them out here.