When the developers behind Game Dev Tycoon released a cracked version of their own game, they edited it so that the game performed in a slightly different way. Sooner or later, the player will begin to notice that their funds are dwindling and that their best games aren’t bringing in the money that they should. Why? Because their games are being pirated. 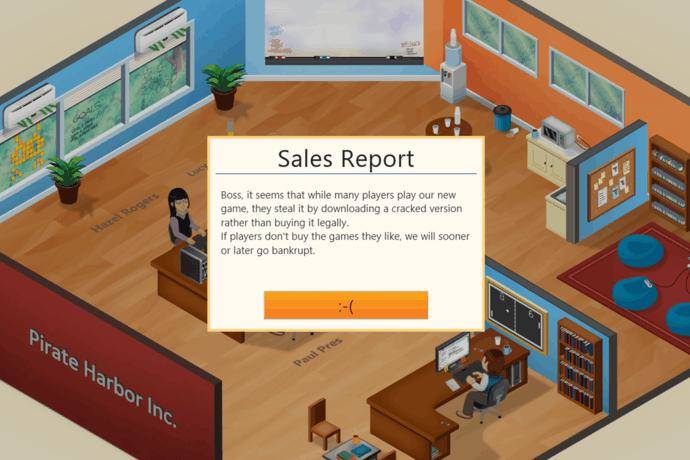 As their funds gradually decline, a message appears: “While many players play our new game, they steal it by downloading a cracked version rather than buying it legally.”

As if the irony of the pirates losing money on pirated games wasn’t funny enough, it gets better. A simple Google search brings up a lot of people complaining that their games are being pirated and they’re not making any money off them. This “problem” only affects those who have pirated the game themselves.

Whatever your view on piracy and anti-piracy measures, this one is hard not to laugh at.