Nintendo’s Wii Mini is launching in the UK next month on March 22. With the Wii U out now, but possibly out of some gamers’ price ranges for now, the Wii Mini seems like a great way to get your hands on some classic Wii games. This revamped Wii console comes with around 1200 games playable on the new console, most being some fan favorites.

The Wii Mini’s main focus is a on the look and feel with family friendly, much like the original Wii. This is evident in its new look which comes in a smaller matte black or red style. It also comes with a single Wii remote and a nunchuck attachment. Good to know though, the Wii Mini is also compatible with most of the Wii’s accessories.

A downside to the new family friendly model is that the Wii Mini does not come with internet capabilities. So if you were planning on grabbing some of the Wii Ware titles or getting nostalgic with the Virtual Console, you’ll need to rethink your plans. However, as stated above, the Wii Mini has over 1200 Wii titles at its disposal with some Nintendo selects like Super Mario Galaxy and Legend of Zelda: Twilight Princess being added over time.

By the time the Wii Mini launches, Nintendo will have announced several others of their Select titles for the new system:

Once again, the Wii Mini launches on March 22 in the UK. If you want to know even more about the upcoming Wii re-imagining, check out www.nintendo.co.uk/wiimini and read up on all the details. 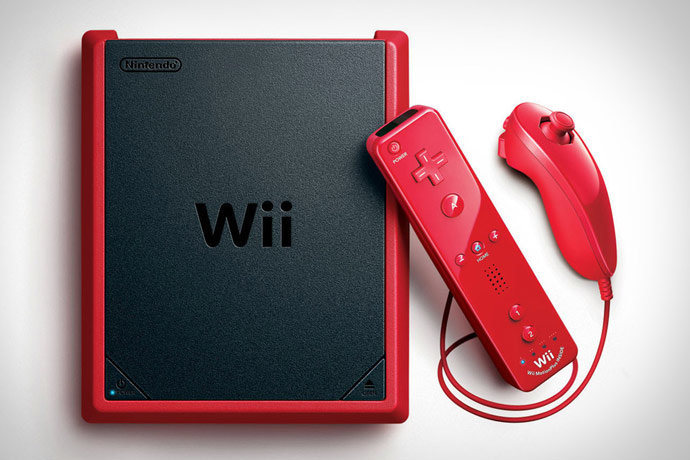