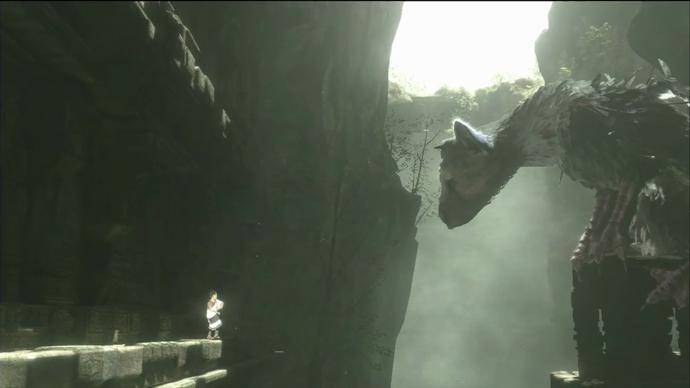 The Last Guardian has been in development for as long as some younger gamers have been able to hold a controller, and with financial investment from Sony and emotional investment from fans, it’s very possible it could be an all-round disappointment if it ever actually releases.

Can you imagine the amount of pressure the development team must be under? Not only are they working on a game that has been in the works for closer to a decade than I’m sure the initial team ever imagined, but which has been built up as the ultimate PS3 – and now PS4 – experience.

From a business side, they have to know that there’s no way they’ll ever make their money back on it. Presuming that various Sony representatives have been truthful when they’ve said work has always been going on it, it will have cost millions and millions of dollars in wages alone. It could sell Grand Theft Auto V numbers and still not make up for the time spent working on it.

More likely it would pull a Bioshock Infinite – successful but never a huge financial powerhouse because of the difficulty of development. We can’t assume that the game announced all those years ago is the same game today, and it costs money to completely redo anything.

But whereas Bioshock has a long tail on PC, The Last Guardian is limited to whichever console Sony are peddling at the time. I say that because it’s possible Team ICO could still be working on a PlayStation 3 title, as ridiculous as that may seem to those who have converted to the next generation. On top of that, there’s no guarantee that it will ever see the light of day for PS4 either.

In short: Sony’s release would be more of a goodwill move than anything. It would shift consoles – perhaps that’s where the money could be made – but, even then, can any of us really hazard a guess to how much this game will have cost to make?

Granted, the marketing campaign when it eventually comes out can be as minimal as you like – the slightest news would break the internet.

Has there ever been a game this heavily hyped that released to universal or even vaguely positive initial reaction? There are few games whose history has spanned this amount of time, and few of them are currently available to the public. Final Fantasy Versus XIII has taken on new life, but still isn’t released and is already receiving mixed reaction from old fans of the franchise. Duke Nukem Forever was a relic of a bygone age and one that was a success for Gearbox and about nobody else.

The one thing Team Ico has going for them is that they’re working on a Team Ico game. Nobody else does what they do, although as time goes by that statement becomes less true. Indie developers are beginning to realize their full potential, and with each new title that borrows either aesthetic or ideas from Ico or Shadow of the Colossus, Team Ico’s “thing” becomes watered down.

So while some die hard fans will never be disappointed, and while the game will no doubt be a critical success, each passing year means that its release would be met with less and less excitement from the general gaming population.

The ultimate question, and one which Sony will no doubt have been asking itself for several years, is whether The Last Guardian is better an unattainable idea, a potential exclusive which can be dangled in front of already happy PlayStation owners?

It’s current status – hidden from view and only mentioned in confirmation that it still exists – may just tell us everything we need to know.