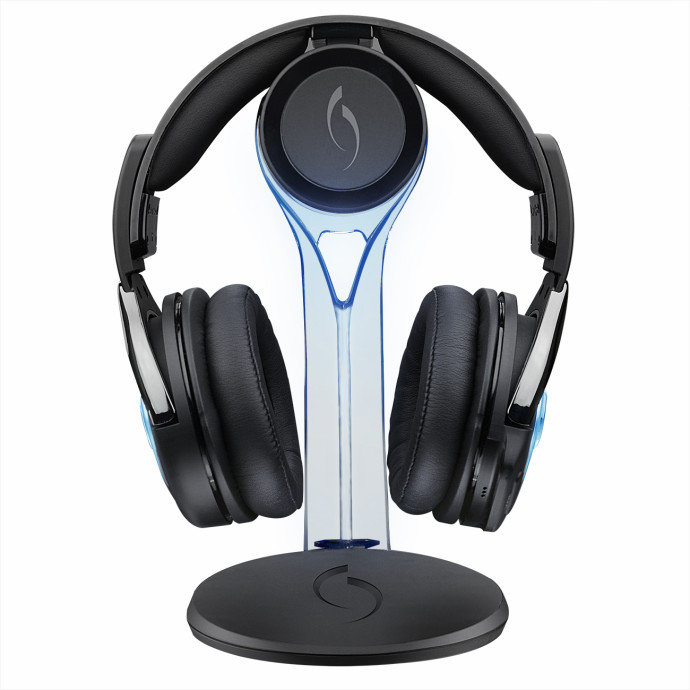 We’ve reviewed a lot of PDP products at Games Reviews, some of which are supplied to us – like these Afterglow Nur’s – and others that we have purchased ourselves. Overall, PDP makes outstanding products, and that trend continues with this headset for the PS3, Ps4, and PC.

If you are interested in picking up a headset and are looking for something that isn’t considered a ‘budget’ set, the Nur’s are a great choice. However, gamers should consider what they want most in a headset – chat versus game audio – to make a decision wisely. Either way, snagging any Afterglow product is a no brainer.

Setting up your Afterglow Nur could not be any easier. I had my own unit unboxed and set up within a couple minutes. Included in the box are the headset, the stand, and wall mounting kit, a 3.5mm cable, and a optical cable. Although the box says it works with PS3, PS4, PC and ultimately mobile, I was able to hook it up to my Xbox One with relative ease, even using it to chat using the Microsoft Chat Adapter.

Using the headset is also incredibly simple, and users are helped along by audio cues spoken through the headset when the unit is switched on / off (using the large button on the ear cup) or when an audio mode is selected (using the Mode button).

The mounting kit – included in the box – is also a nice feature for those with limited space; my own personal setup required a mountable charger as a stand would not fit anywhere around my devices. When asked by PDP which headset I would like between the Fener and the Nur – as both are relatively the same – I chose the Nur only because of the stand,which I badly needed for organizational purposes. 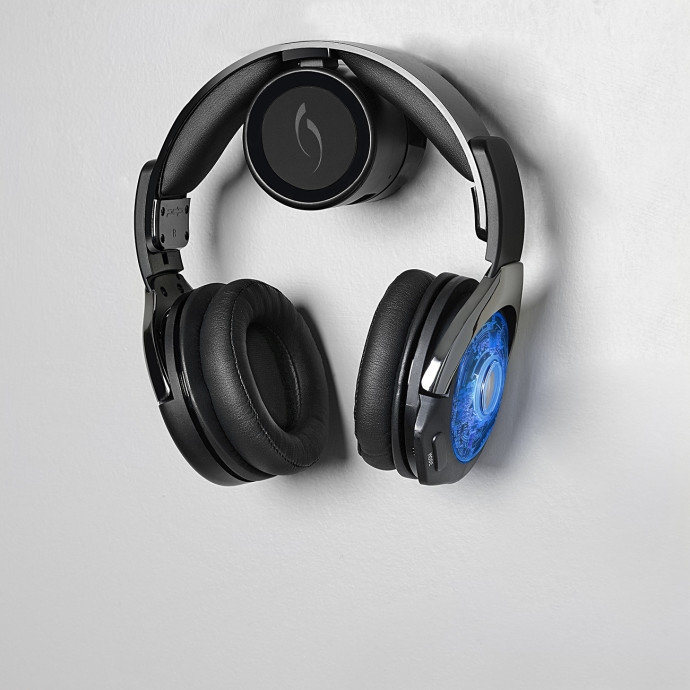 The Nur’s are flashy and fit perfectly with the rest of the Afterglow product line. Fortunetly, with each set they develop, PDP seems to get better and better at making an attractive, comfortable headset. At Games Reviews, we reviewed the Afterglow Universal Wireless Headset, the Afterglow Karga (and by extension, the Kral) and now the Nur’s. Comfort wise, each set improves upon the last. The Nur’s have a split headband that serves two purposes: first, the split in the headband allows the headset to rest nicely on the included stand for charging purposes; and second, the split headband improves comfort around the top of your head, allowing for comfortable, marathon length gaming sessions.

The Nur’s also do away with the customary retractable boom microphone found on other Afterglow headsets, and instead have a boomless microphone. Like other Afterglow products – hence the name – the Nur’s boast LED lights in the ear cups that can be changed to suite the players preference. While I personally find these lights more of a novelty than anything else, I’ve heard from many consumers who enjoy and appreciate them for a variety of reasons. Fortunately, turning the LED’s off is an option, extending the battery life north of 10 hours (advertised battery life of 10 hours is conservative in my opinion). 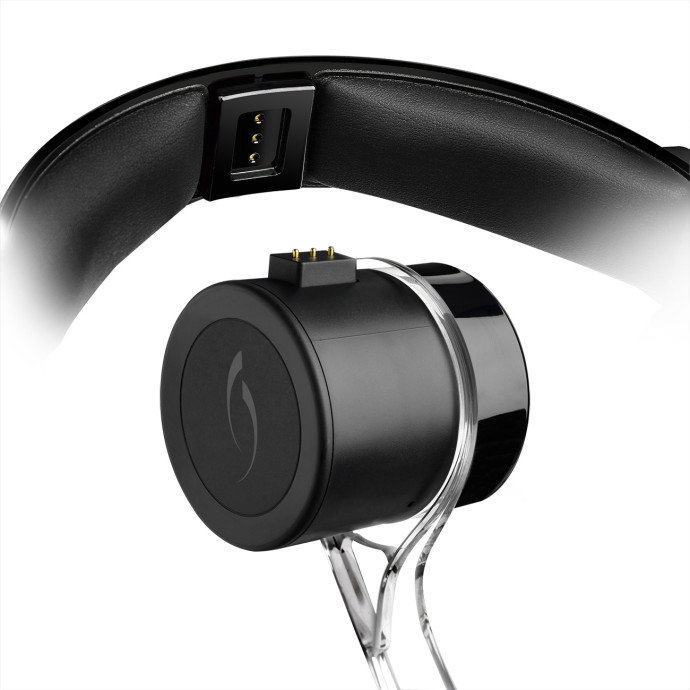 Again, the quality audio is back in the Afterglow Nur’s, and although I don’t feel the audio is leaps and bounds better than any of their other headsets, I still hear a slight difference that might be appreciated by audio aficionados. Gone are the three audio modes available in other PDP headsets – pure audio, bass booster, and immersive – and instead we are given two options: bass enhanced mode (great when watching Blu Rays or Netflix) and a pure audio mode. Overall, the quality of the audio is top notch.

I’m less impressed with the boomless microphone. While the chat audio that people heard was always understandable, I had numerous people tell me it sounded echoey, like I was in a large room or that my “head was in a bucket.” Here is where I wish Afterglow would have stuck to the boom mic. While some hate having a microphone in their face, I find it an incredibly minor distraction, and one I would gladly deal with to have better chat audio. 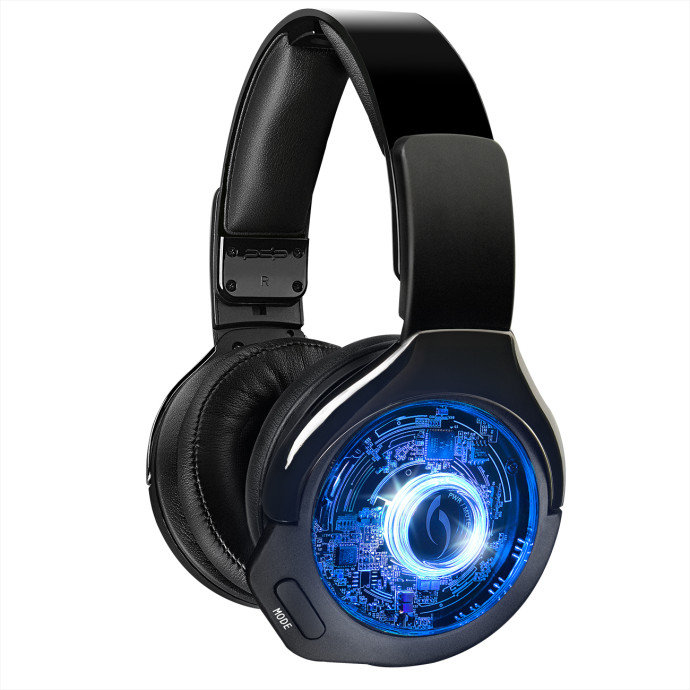 At the beginning of this review, I said people should really decide what kind of audio experience they want. For those who use chat functionality frequently while playing games, it’s hard to recommend the Nur’s. The steeper price (159.99) compared to other models doesn’t reflect the quality of the microphone. For chat heavy users – and I mean heavy, a few hours per day – I cannot recommend Afterglow’s slightly cheaper (89.99-99.99) PS4 Kral or Xbox One Karga sets enough as the boom microphone does provide a better chat experience. Personally, I use my headset for game audio more often than for chat purposes, and the Nur’s are definitely the superior product. With slightly more enhanced audio and a much more comfortable design (not to mention no wire when using on my Xbox One), the Nur’s are one of the best sets available on the market. They worked flawlesly with my Ps4, PC and other devices. For as little as I use the chat, my friend will have to live with “my head in a bucket” since I find these the superior headset Afterglow product.

Recommendation: Overall, the Afterglow Nur’s from PDP are a great product. Outstanding audio quality and a comfortable design are only slightly marred by a sometimes less than ideal chat audio: Buy!

Special thanks to Jake at PDP for sending these over for me to review. Look at all PDP products on their website, or purchase from authorized retailers.