There are people claiming that the PlayStation 4 launch was weak. Those people haven’t played Resogun. With its fast pace, easy-to-pick-up gameplay, beautiful graphics and fantastic soundtrack, it’s the surprise hit of the early part of this generation.

While it might not alone convince anybody that it’s worth investing in a brand new console, it’ll definitely keep you busy for the time being.

Resogun is a 2D shoot ’em up in which you’re confined to a relatively small circular level. At first it seems almost underwhelming. By using the boost ability – which speeds you up and allows you to crash through enemies and which, if used properly, can result in a never-ending chain are carnage – you can get around each level in only a handful of seconds.

Shmup fans, often used to long sprawling space levels, would be amiss to presume this is a negative. Before long, when the bullets start flying, you’ll find you have more than enough to deal with from the available space alone, and that the objectives given will push you to the limit.

Those objectives are relatively simple on paper. Kill every enemy without dying and save the humans trapped by the ‘keepers’. It takes only a few minutes of play for the tears to start though, especially on the higher difficult levels.

That’s actually a bit of an exaggeration. The developers have done a decent job of scaling things nicely. There are multiple difficulty levels and you don’t have to complete every objective to finish a level. It’s fine if half the humans die, so long as you beat each levels final boss (which is more like a timing puzzle than an actual boss).

On the other hand, if you want to hit the leaderboard, save ever human hostage and top out your multiplier, you’ll need to invest a lot of time and effort. Resogun isn’t a pushover, but it IS incredibly satisfying when you notice you’re getting better. 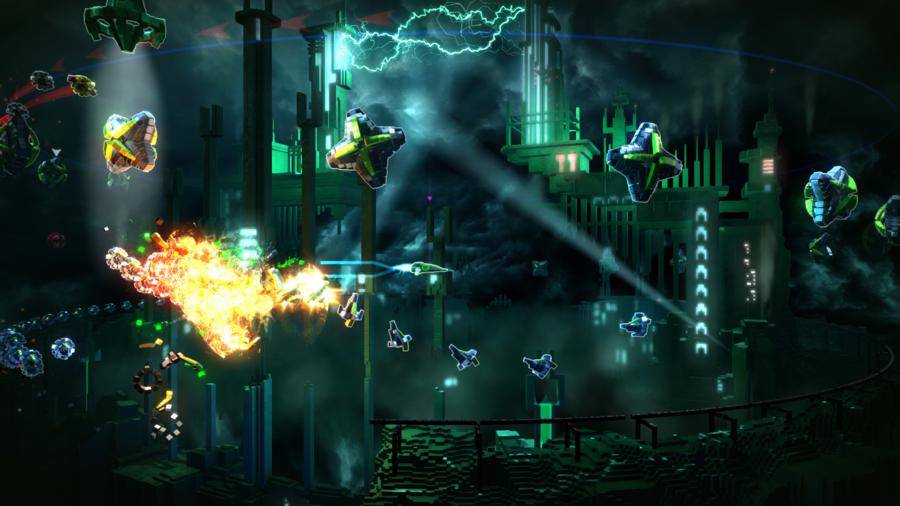 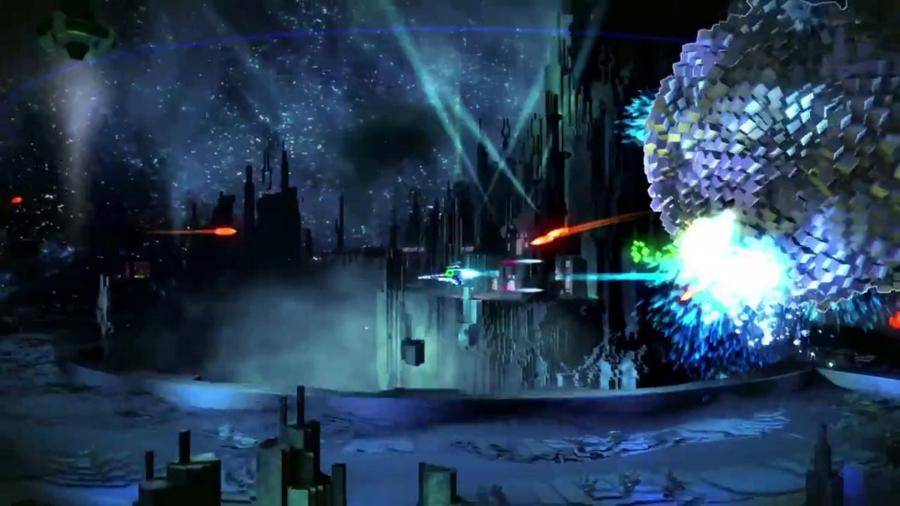 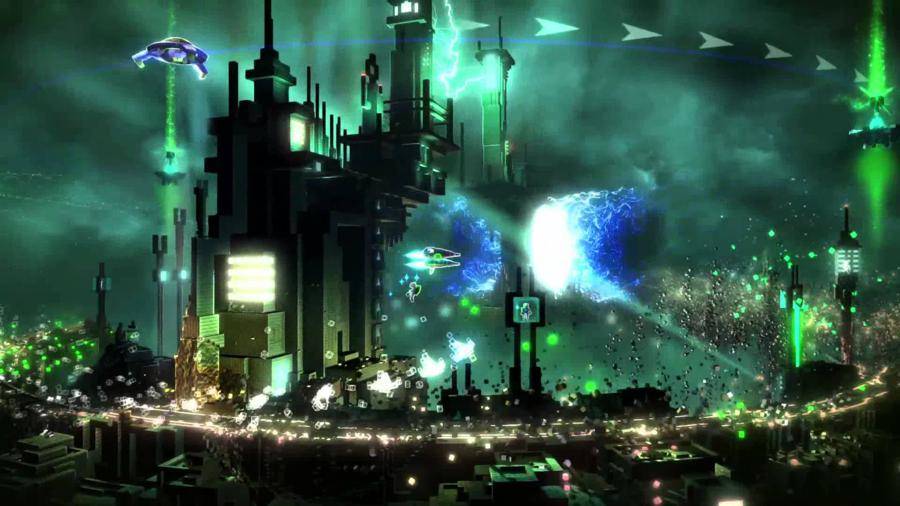 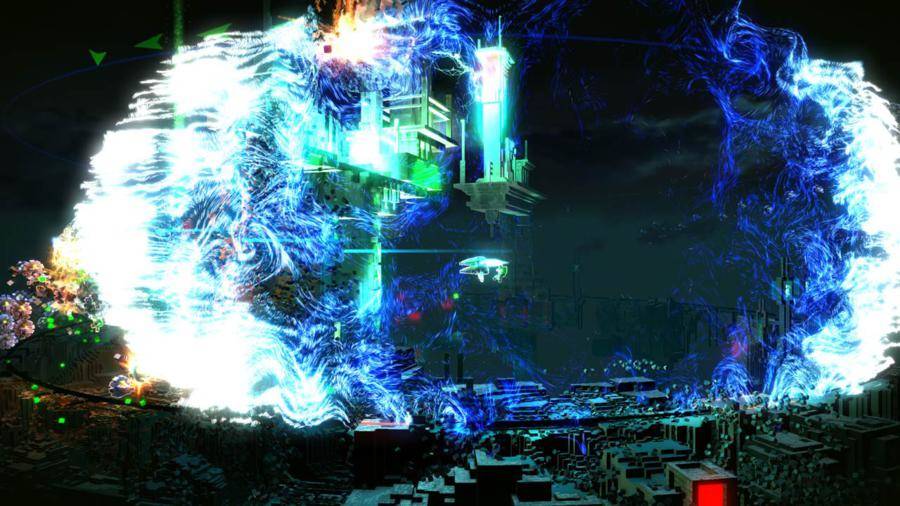 And you WILL get better. Resogun is perhaps the best ‘one more play’ video game since Velocity Ultra, and as you learn how to better control whichever ship you choose (there are several to choose from, each balanced in a different way), you’ll get further through the game. Hours will disappear as you struggle to rescue that last human.

It’s addictive, thanks mostly to its incredibly natural input and superb balance.

The best kind of game is one that allows you to make mistakes. I’m not talking about the likes of Dark Souls, where things are just difficult for the sake of being difficult, or in which you must grind to even stand a chance. No, I mean the kind of game where you die and you know without a shadow of a doubt that you could have saved yourself if you’d reacted more quickly, if you’d have noticed something you hadn’t.

That’s how difficulty should work.

Resogun deals with this excellently. The controls are simple, the ship goes exactly where you want it and there’s always a way out of every situation, but you will die. You’ll die a lot. The more you play, the more you’ll learn how to react to a given enemy, but you’ll still probably die. When you do, you’ll know why.

It might just be because you didn’t effectively use all the tools at your disposal. Along with the aforementioned boost ability, there are bombs and overdrive. Bombs are a last attempt kind of thing that clears the level of all enemies, but you loose a bonus if you use them. Overdrive is a more powerful beam that’ll destroy anything it touches quickly and without fuss. By taking advantage of everything appropriately, you’ll just about muddle through, even on the tougher stages.

Resogun is a decent game, without fault almost, but it's the graphics that really make it stand out

It’s a matter of building up to a 100% completion of a level. Just surviving is the first challenge, then saving every human. Before long you’ll know the level like the back of your hand, and from there you can storm the leaderboards.

There are enough levels that you could repeat this process multiple times, for hours and hours, and unless you really hate the genre, you’re unlikely to get bored. Trophies and an online co-op mode add longevity to a game that will already take up most of your time.

Resogun is a decent game, without fault almost, but it’s the graphics that really make it stand out. With very few exceptions, there has never really been a game of this kind before that allows for such wanton destruction of the environment. Buildings will burst into dozens of pieces when you damage them, and hundreds of enemies move flawlessly around the screen, desperate for your blood.

It might not be as obviously impressive as Killzone at first, but give it time. Its smooth delivery and attention to detail is very easy on the eyes, to the point where some might not realize just how nice it is. It’s subtle in its beauty, in its explosions and lighting, and that’s something that shouldn’t go unnoticed.