There was a time, not so long ago, where the very height of video gaming was going from one side of a set of platforms to the other. There were variations on that, but they effectively tested your timing and muscle memory more than anything else. Putty Squad is from that era of games, and it feels like it. If you want one of your first next-gen experiences to be something ignored for almost two decades, look no further.

Retro gaming is definitely coming back, in thanks part to the great amount of indies who are looking to their childhood experiences for inspiration. This is almost definitely why the people behind Putty Squad thought it would be a good time to revive their little blue putty hero, who so impressed critics back in the Amiga days.

The level design and character control feels dated and things need an overall tightening, but for the right demographic Putty Squad is decent

They were wrong, because although Putty Squad still works well in terms of what it offers, it suffers by how old it feels, how random. Things that we expect from modern platform games (made standard by Mario and Sonic, both characters that pre-date our blue putty buddy) just aren’t present here. On a brand new console the experience suffers as a result.

The gameplay is simple: find all the red putties and get to the door. You’ll come across various enemies – rather dumb although difficult enough in number – and obstacles along the way. This exploration gives Putty Squad a very open feel, although levels aren’t big enough that you’re going to get lost as you go.

Some levels are straight up, others are spread along a spacier area. Whichever, you have to be mindful of both vertical and horizontal planes in Putty Squad, something that doesn’t happen very often in modern platformers. While it’s definitely a plus, it also means that your adventure will feel much slower, more pedestrian than perhaps you’re used to.

Don’t let my use of the word mindful make you think that you’ll need to be on constant vigil. Enemies really aren’t too much of a threat and it’ll be your own mistiming that’ll kill you more often than not. There are different places you need to get to – and usually levels are built around finding them, rather than being strong levels in their own right – but getting there is the challenge, not the threats protecting it. 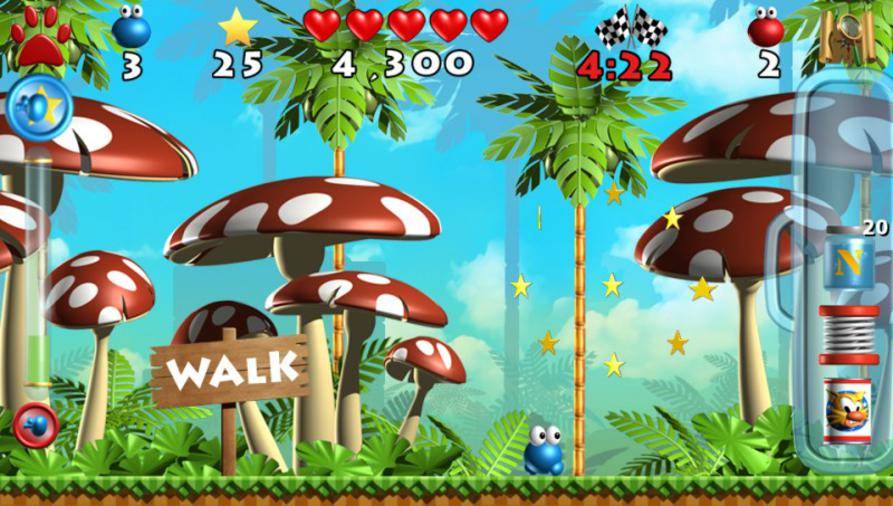 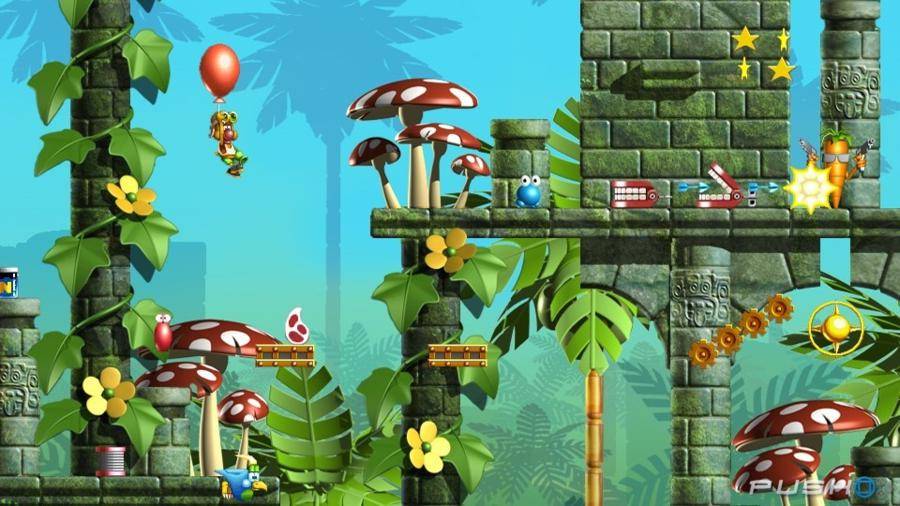 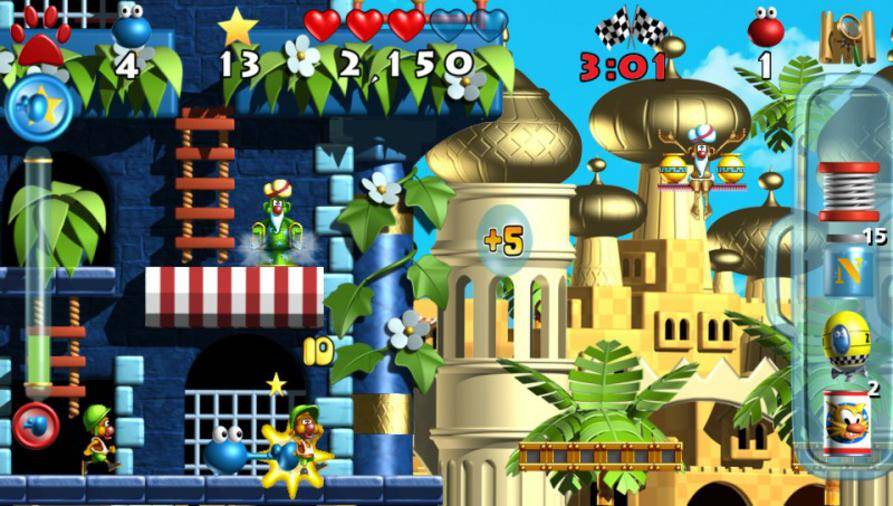 That’s because the controls don’t quite feel as tight as they should. You’ll fall countless times because, after you’ve pressed the jump button, it takes a quarter of a second for your putty to react. This can lead to some incredibly frustrating moments.

Look Before You Leap

That isn’t the only glaring problem in the game’s design. The graphics themselves can be nice to look at, but platforms blend into the background too well and there will be times you can’t tell whether you can land on something or not. In a platformer, that’s suicide, and there’s really no excuse for it. You’ll probably find yourself jumping and dying more often than you really should, and only occasionally will you be able to actually land. It’s a strange problem, and one that should have been ironed out before launch.

If you want one of your first next-gen experiences to be something ignored for almost two decades, look no further

Putty Squad pretty much proves that retro doesn’t necessarily always bring with it a charm worth looking into. It feels dated, old. No amount of rose tinted nostalgia glasses will change that, unless you’re really willing to ignore twenty years of development in our industry. There will be people that will be able to look past the fact that this is, for all intents and purposes, an Amiga port two decades too late, but your first reaction should be to pass on this purchase.

If you manage to get on with it, good news: there’s a load of stuff to do. There’s a platinum trophy that’ll keep you going for hours and hours on end, and in-game challenges and collectables that’ll almost certainly have you getting the most out of everything.

Most levels have an alternative objective version that has you getting through to the end of the level without eating food, by killing all the enemies or by beating a certain time. These alone will offers hours more enjoyment, especially if you’re aiming for 100%.

If you feel like a throwback, there’s definitely value to be had here. Perhaps not at £15.99, but when you can grab it on offer.

I can’t imagine there was a huge demographic calling for the return of Putty Squad, but it’s here now and I suppose that’s something. The level design and character control feels dated (despite the game only coming out in the last fortnight) and things need an overall tightening, but for the right demographic Putty Squad is decent.