Killzone is one of Sony’s staple franchises, partly because of how fantastic they always look. The gameplay is always hit and miss, you’ll either love it or hate it. The heavier weaponry, the harder-to-kill enemies – this isn’t Call of Duty or Battlefield, and it never tries to be. Killzone Shadow Fall is the latest in the series and one of the lead launch games on PlayStation 4. Can it hold the next generation on its shoulders?

If you want a glimpse at the future, you only need pick up Killzone Shadow Fall. It looks fantastic, significantly better than anything on PlayStation 3, and with effects and ideas that prove that point at every turn. It’s impressive when it’s streamed via trailers and Twitch, but you won’t truly be impressed until you’re actually playing it. The scope of the cities will inspire thoughts of Ratchet and Clank and Grand Theft Auto, while the darker areas (which are actually a little too dark, if anything) will make your spine tingle with the potential in Resident Evil or Dead Space.

And while they've been a bit smokes-and-mirrors with it, with time there's no reason to think there won't be games that work better than Shadow Fall and are less linear as well

That’s rather what Sony have gone for though, that’s why they’re showcasing Killzone so much. It really is a nice display of what will be possible in the future. And while they’ve been a bit smokes-and-mirrors with it, with time there’s no reason to think there won’t be games that work better than Shadow Fall and are less linear as well.

Because behind the beautiful cityscapes, there’s a PS3 game trying desperately to get out. Shadow Fall is a standard shooter, with controls that are usable but not nearly as svelte as competitors. You never really perfect your aiming, I found, and it doesn’t help that enemies hardly react even when you do have a good run. Shooting someone in the face should probably result in more than a slight stumble.

The overall feel of the game can change from level to level, so it’s difficult to make generalisations that will fit every situation. There are some that are completely linear, like Call of Duty but without the years it took to almost be able to time non-user initiated events. There were multiple times I found myself waiting for an NPC to catch up.

Other times, you’ll find yourself out in the open, allowed to explore to a certain degree. You don’t have an entire world to explore, but it’s open enough that it’s easy to get lost. This isn’t nice when mixed with a slightly annoying objective system that doesn’t always point out what you should be doing. It’s a minor problem and one that some might even enjoy, but in terms of pacing it can be something of a disaster. 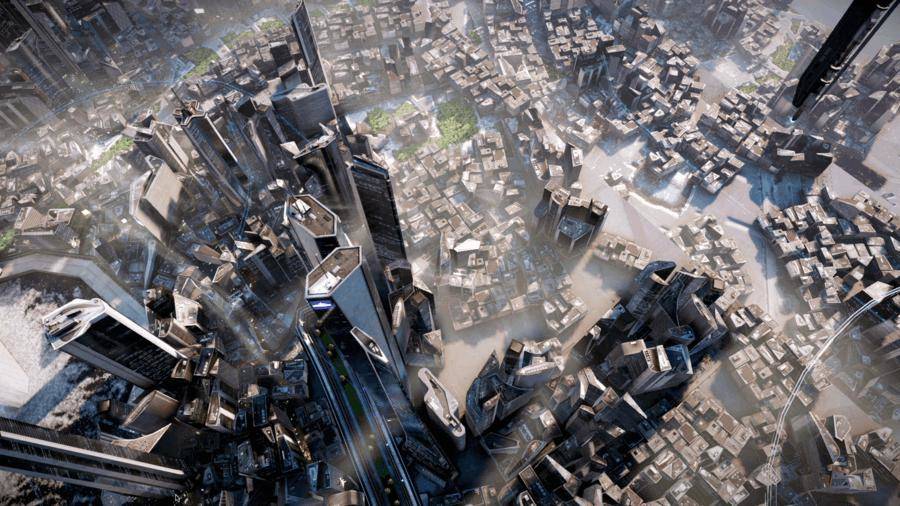 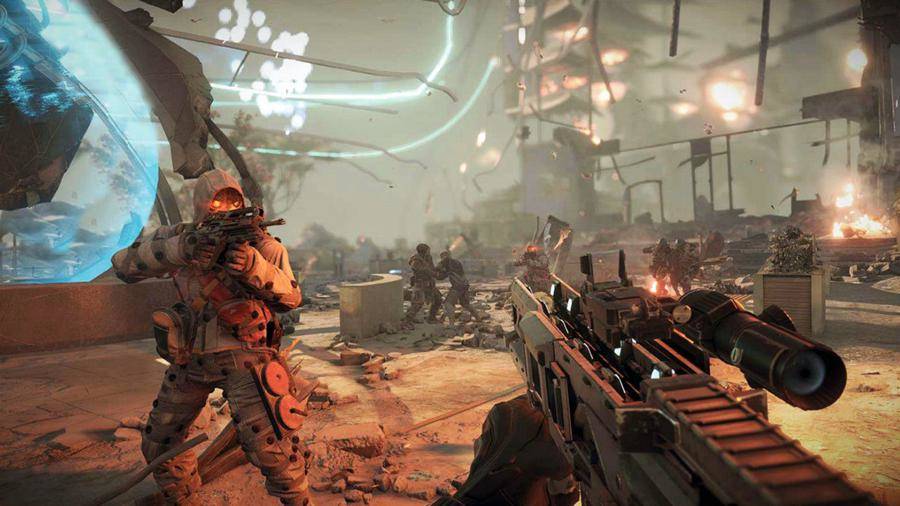 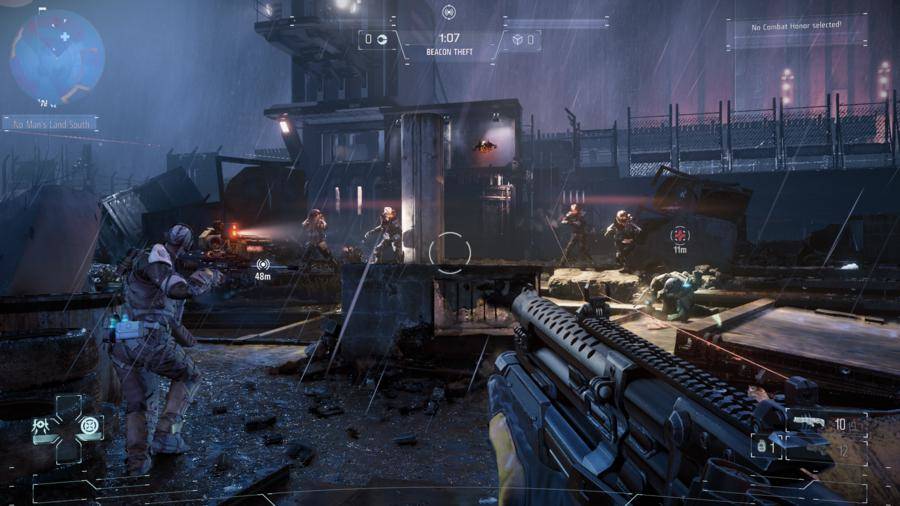 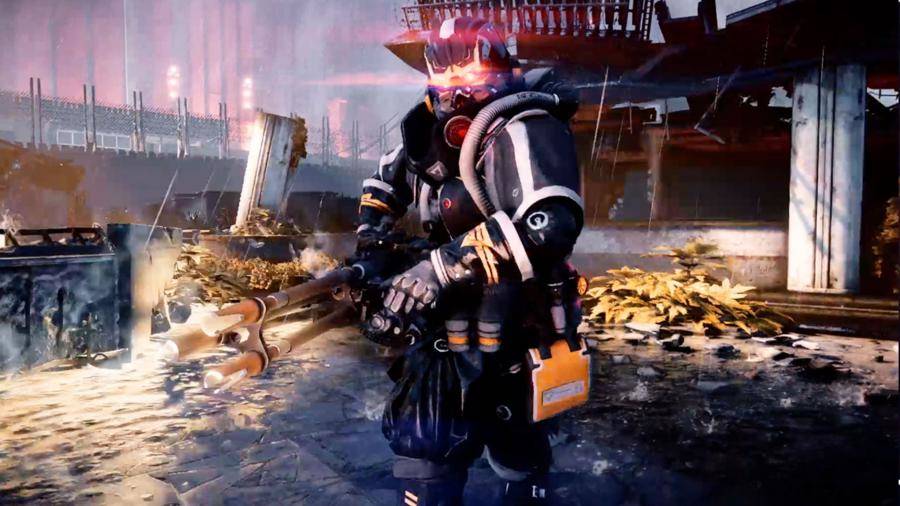 What’s there isn’t perfect, but it certainly isn’t broken. You’ll get a sense that some things could be made tighter – there doesn’t tend to be a link between jumping towards something and grabbing onto it, just a slight mess of noise and then you’re climbing up – but there’s nothing that’s actively bad. It’s a solid game, only made underwhelming by the fact that it’s not very next-gen.

There are people that perhaps aren’t all that interested in the single player and, in fact, expected it to be underwhelming. Those people are interested in the online game, and they probably won’t be disappointed. There’s some interesting ideas in there, mostly the Warzones that give you several different objectives over a given period.

It’s nice to see a slight bump from the traditional 6 players a team as well. The graphics remain good and the gameplay tries to be tactical (although more often than not it’ll just end up being two groups shooting at one another in a hallway). At the very least, it’s nice to see teams work together. Lone wolves will get a few kills, but there’s no way that they can carry everybody.

The overall feel of the game can change from level to level, so it's difficult to make generalisations that will fit every situation

It’s not as easy to get into as Call of Duty, not as structured as Battlefield, but instead represents a position somewhere in between. It’s fun, but without the over-casualisation that some dislike in Ghosts. Longer games are the norm.

The absolute best thing about Shadow Fall’s multiplayer is that it does away with “levels.” Traditionally, you play a lot of games, you earn experience which allows you to level up and unlock new equipment. It’s easy to get your head around, but it’s been done to death. I don’t think there’s an only shooter that’s been released in the last few years that hasn’t stuck strictly to this model.

I don’t know that it could ever happen, or that the majority would want it to, but it’d be nice to see a shift towards this sort of thing across the FPS genre. It’s one part of Shadow Fall that definitely deserves the descriptor ‘innovative.’

It’s not the only big change this time around either, although it’s the most noteworthy. The little robot that’s sat on the front cover is your main way of interacting with many of the things you’ll come across, and it can help distract enemies as well. You select it’s command using the touch pad. It’s nice and easy, easier than if it had been mapped to something else, but it doesn’t feel special, really. I suppose that’s a good thing. You won’t get excited about it, but it works, and it’s probably better than it would have been before.

It would have been nice to be able to take advantage of the PlayStation camera, or to have a few other features that were specifically next-gen, but fans will probably quite enjoy the direction Killzone has taken.

So does it stand up to the hype? The answer is no. It’s a last-gen shooter with pretty graphics. Perhaps that shouldn’t be a big surprise, but the £350 cost of the console has made well-trodden features seem genuinely archaic, and it would have been nice to see something bigger in scale right from the get go. It’s a solid FPS, and even the most casual shooter fan will find something to enjoy, but those on the fence would be better waiting for the price to come down, or for its inevitable inclusion in the instant game collection.