According to Evolution Studios, Driveclub is the racing game that they’ve always wanted to create, and considering their previous success with the Motorstorm series, PlayStation fans were very excited. With its, what seems to be, ambitious approach to multiplayer racing, it seemed promising. In practice, however, Driveclub falls short of being anything other than your average racing game.

Not a good start.

From the very beginning, Driveclub is hard to read, literally, and figuratively. You’re thrown into the game, with almost no direction. leaving you overwhelmed, wandering around the clunky, and lazily designed menu, trying to figure out where to go next. The little bit of help you do get, is from the laughable, flashcard-like tips, that explain very little to you. Some things aren’t even brought to you’re attention, and you’ll end up just stumbling upon them by accident.

You’ll progress through Driveclub using FAME, Driveclubs version of XP. You get FAME by doing just about everything you do while driving. Drifting, overtaking, drafting, ect. The more FAME you get, the more you’ll rank up. Each time you rank up in Driveclub, you’ll get either a new car, or a set of liveries to customize your car.  I use the word “customize” very loosely, however, because there’s almost none. 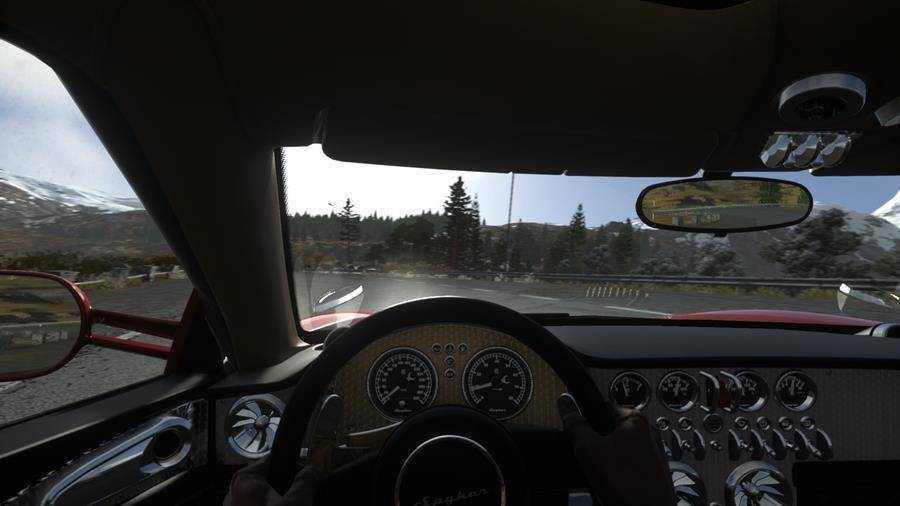 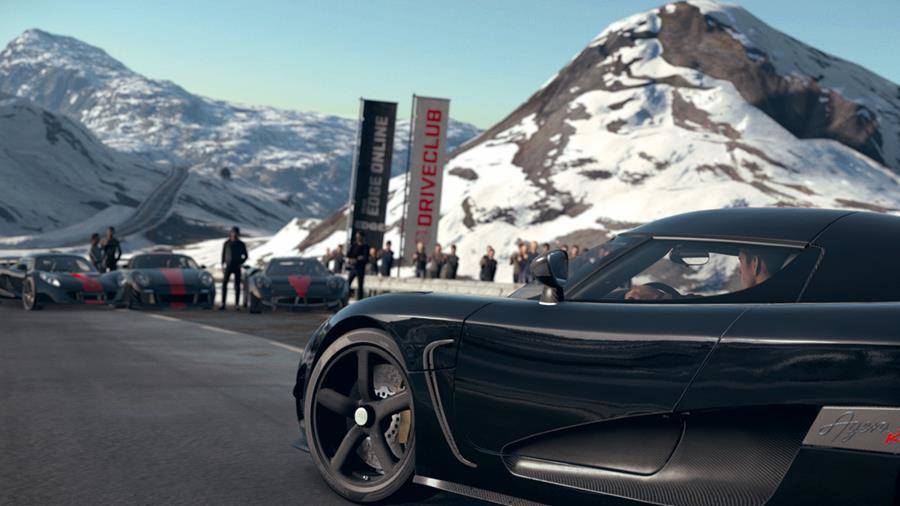 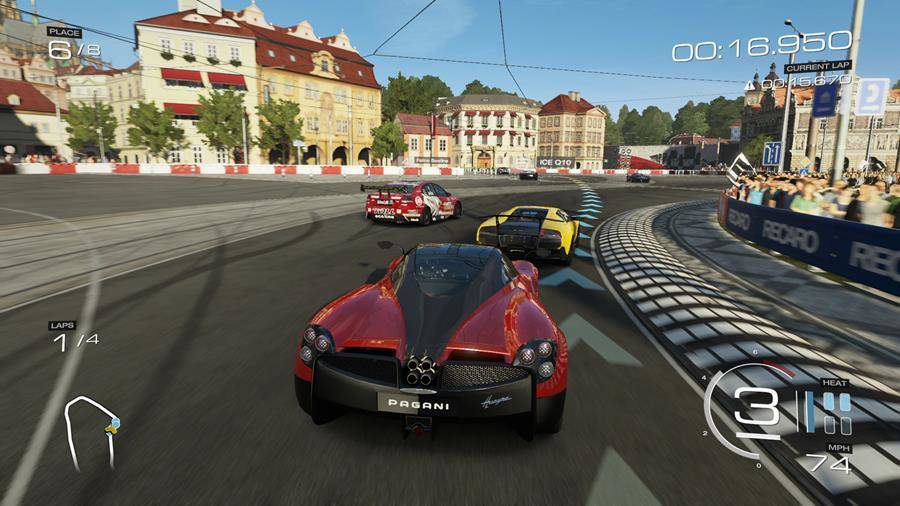 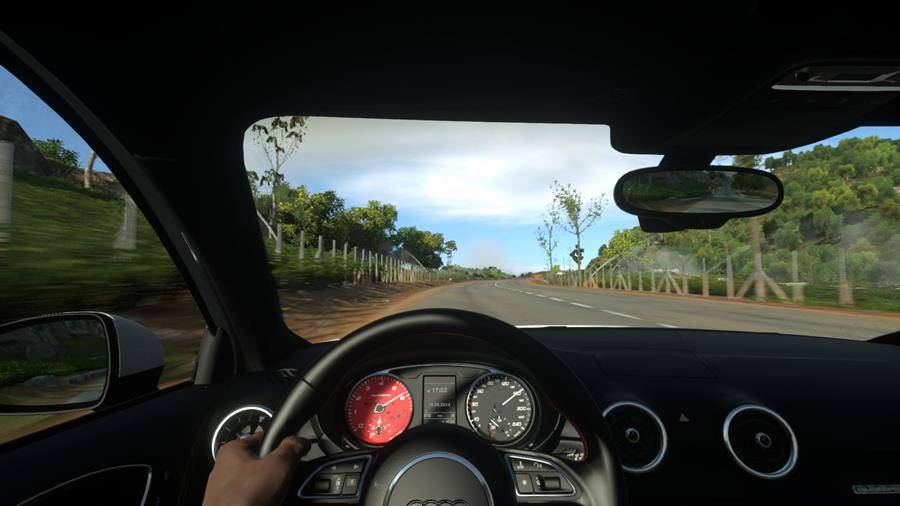 Car customization is limited to using pre-made paintjobs, and changing their color, that’s it. It’s the same story with the selection of cars, or rather, lack there of. Driveclub boasts a measly 50 cars at launch, which is nothing compared to it’s competitors.  And to add insult to injury, Driveclub doesn’t even include cars from America, or Asia. It’s strictly limited to European vehicles, which is ridiculous, and unacceptable for a modern day racing game. Driveclub provides you with five different locations, Including: India, Canada, Chile, Norway, and Scotland totaling fifty-five tracks. While that may sound like a lot, many of the tracks for each location are just slightly different versions of each other, so things become repetitive very quickly. And with only three different race types, matters only get worse. The AI is very subpar as well. It’s very inconsistent, being extremely aggressive one moment, then very relaxed, and almost non-existent the next. It makes the driving experience very choppy, and inconsistent. Driveclub is also very unsure of what kind of game it actually is.

If you're able to get past all of that, and actually get to racing, Driveclub is solid game

With its more casual approach to the overall racing experience, you’d expect it to be just that, a casual racing game. However, there’s some pretty out of place design choices within the game that suggest otherwise. As you’re racing, you’ll be penalized for cutting corners, bumping into other cars, and even slightly going off track. These are usually gameplay mechanics that are restricted to hardcore simulators, and feel extremely out of place in Driveclub. Moreover, the fact that you’re unable to turn them off really makes the game a chore to play at times. You’re also unable to adjust vehicle assists, or difficulty, which is a real shame.

If you’re able to get past all of that, and actually get to racing, Driveclub is solid game. With incredible visuals, that will have you gawking at each, and every car, and track. an amount of detail rarely seen, down to the subtle movements of your characters fingers as they prepare to shift gears,  it’s quite impressive. Driving physics are great fun, and very reminiscent of the original GRID (which is a good thing). Sound design is also a high-point for Driveclub. With it’s loud, over the top, and in your face sound, Driveclub will be right at home with a nice surround sound setup.

The game also boasts a full day/night cycle, which definitely adds a challenging layer to the driving experience, especially at night. If there is one thing Driveclub does right, it’s racing at night. Speeding down a backwoods road, in the middle of the night with nothing but your headlights lighting the way, is an unforgettable experience, and one that very few games get right. However, with the lack of a weather system at launch, it feels like a large portion of the game is missing.

The multiplayer in Driveclub was supposed to be its true innovation, but unfortunately it’s nothing but a below average experience. Everything about multiplayer feels lazily designed, and poorly applied. There’s nothing the multiplayer offers, that solo-play doesn’t, except for the obvious differences that come with multiplayer. It feels redundant, and becomes a nuisance to even attempt to play. There’s no way to specifically choose a certain race type, or track. So you’re stuck with whatever is happening at that time, which is a sad excuse for matchmaking, to say the least.

Then there’s clubs, which they almost force you to use. In order to unlock a decent portion of the cars in the game, you have to be in a club, which I suppose is their justification, but it’s nothing more than a distraction. Clubs have almost no real use, with the exception of Faceoffs, which are random challenges each race that pit you against your clubmates, but become nothing but bothersome after you complete a few. Not to mention once you unlock all of those club-exclusive cars, you can’t even use them offline. Which is a weird sort-of backdoor DRM which I don’t understand.

Unfortunately, Driveclub is a below average racing game at best. While the driving experience shines, and competes with the best of them, the overall design, and execution is poor. Driveclub struggles to find it’s identity, taking ideas from multiple games of the same genre, haphazardly gluing them together, and it ends up a mess.