Infamous First Light puts you in the shoes of Abigail Walker, aka Fetch, one of, if not the most interesting characters from InFamous Second Son. It takes you through the events that led up to Fetch’s role in the third game of the franchise, something largely unexplored in the base game’s plot.

The story is told mostly through flashbacks, as Augustine (The Head of the D.U.P) tries to figure out what led up to Fetch being captured, and placed at Curdun Cay, the first time the uber maximum security prison has been seen, and it’s quite the place. Having been mentioned a lot, but never shown in Second Son, I was eager to be able to finally see it. Located in an undisclosed location in a snowy, mountainous region, it seems to be quite large. Unfortunately you don’t get to explore it at all. During your stay at the prison, you’re locked in a single large room, where you participate in one of First Light’s new features: Battle arenas.

Battle arenas allow you to participate in two different activities: Rescue, where you try to save as many hostages as you can, and Survival, which is just your run of the mill horde mode. While both provide you with challenges to complete, to receive skill points so that you can unlock, and upgrade different powers, they will quickly become monotonous, especially considering that there is very little variety. There are leaderboards that add a bit of competitiveness to these modes, and a few different enemy types, but even that doesn’t stop the same arena becoming stale after playing it over and over and over again.

Where InFamous First Light really shines is the open world setting of Seattle. This is where you really get to admire the gorgeous visuals, and fantastic sound design, and where Fetch really gets to stretch her legs. The neon power feels much more developed this time around, with quicker, and more fluid movement, along with more powerful, and brutal offensive attacks and the infinite dash being unlocked from the very beginning.

All this makes sense from a narrative standpoint, considering Fetch has had her powers for a while. You’ll definitely still have some learning to do, especially when it comes to movement, with neon clouds located throughout the city that increase your speed tremendously. They also add a new layer to the exploration of the city as well. In some circumstances they need to be used in order to obtain the “Lumens” located throughout Seattle, which provide you with skill points.

Also located throughout the city are hostage situations. These are basically the same as the rescue mode in the battle arenas. However, they’re actually quite a bit better, because they happen at random, and are much more dynamic. You also have “Lumen races” as well, which have you racing through the city to catch a speeding lumen. 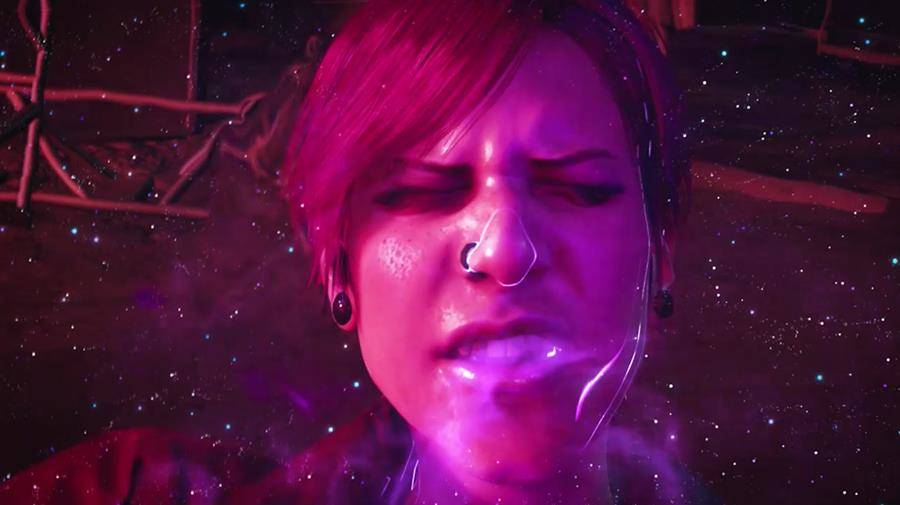 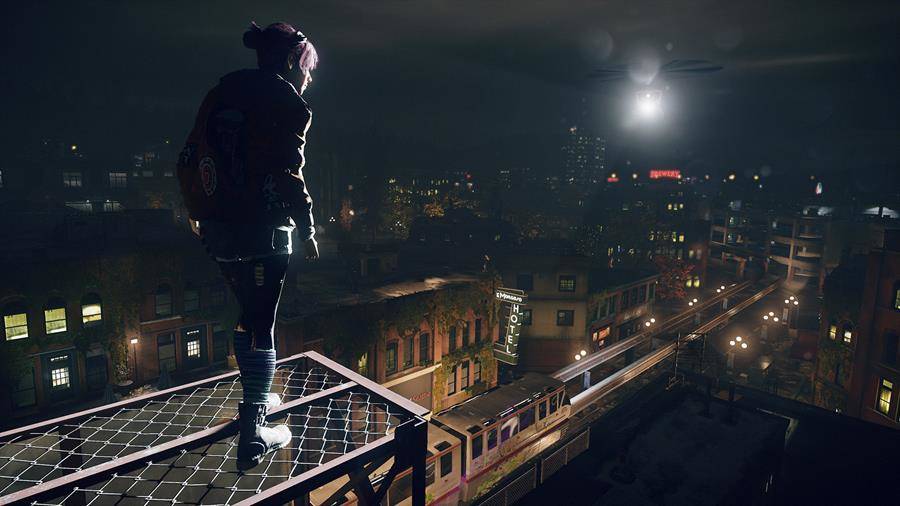 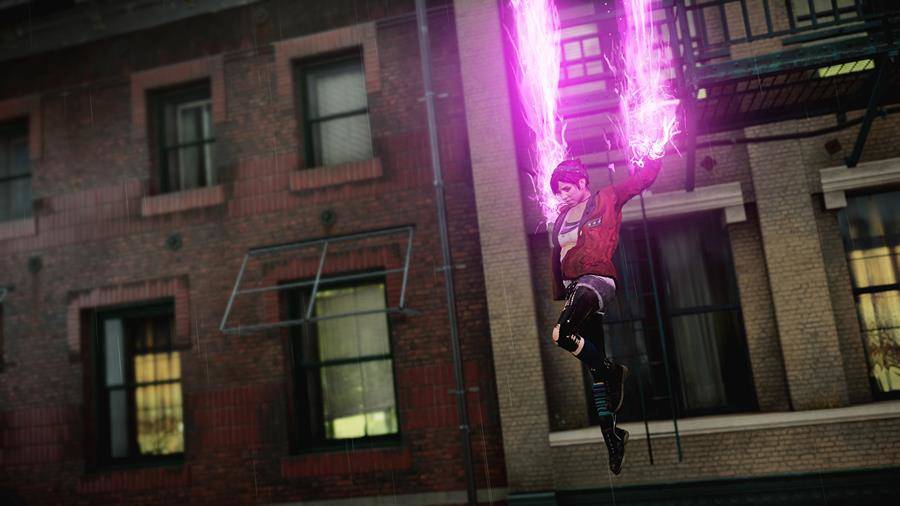 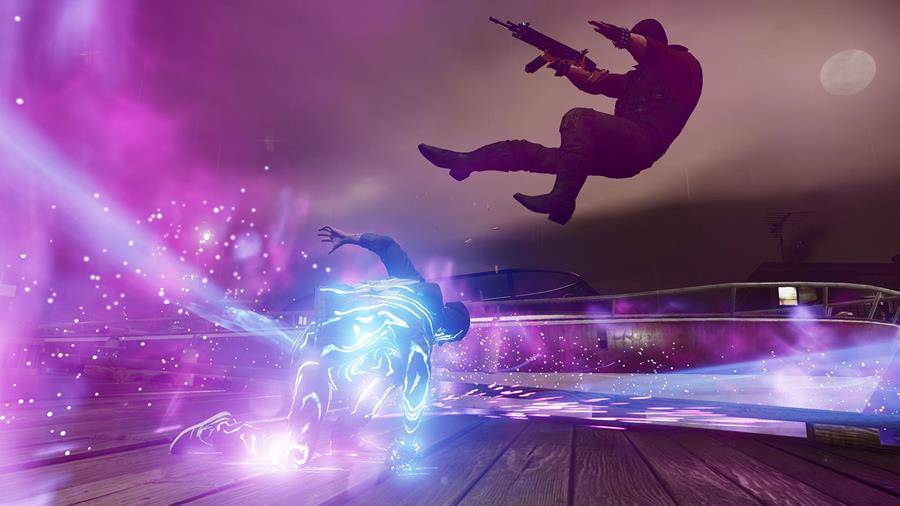 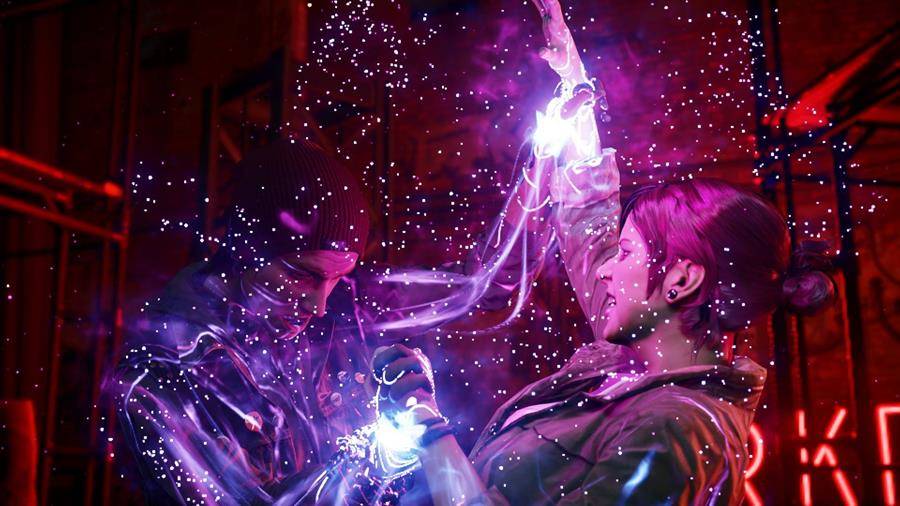 However, not everything is golden with the Emerald City – it’s been cut in half. The only portion you’ll be able to explore is the upper half. It would have been better to access everything, although the north side is arguably more interesting anyway.

As mentioned before, the story is told  almost exclusively through flashbacks. Overall, the story in First Light works towards decent, never really surpassing that. The character development, writing, and voice acting is acceptable with Fetch, but not great, and with the karma system removed from First Light, there’s even less character development then there was in Second Son.

InFamous First Light suffers from the same faults as it's predecessor

The rest of the cast is pretty lackluster as well. With uninteresting characters, inconsistent writing, and patchy development, it was hard to get excited about any of the people I came across, nor the consequences of their actions, and that pretty much goes for Fetch as well. Maybe that’s partly due to the fact that we already knew what would happen to Fetch due to her role in Second Son, but, honestly, that isn’t really an excuse, because First Light does seem to be targeted towards people who have already played through Delsin’s story.

The plot isn’t paced very well either. One moment you’ll be excited, the next you’ll be bored out of your mind, and the next you’ll be confused. It’s inconsistent to say the least. On top of all that, the story is very generic, and predictable. It’s just your average revenge/betrayal storyline, with no originality at all. It’s 4-6 hours of mediocrity. Apparently, Second Sons lack of an interesting story was hereditary.

Unfortunately, InFamous First Light suffers from the same faults as it’s predecessor. With an enjoyable, if not always perfect gameplay experience, but a far too mediocre narrative, it manages to be worth looking in on, but not as memorable as it should have been. If you’re just itching for something to play on your PS4, First Light is a pretty good choice. Just don’t expect to be blown away by anything except for the visuals.