The Walking Dead Season 2 All That Remains

The Walking Dead Season 2 All That Remains

The Walking Dead Season 2 All That Remains Review – Introduction

After the shocking conclusion to the first season of Telltale’s The Walking Dead, Clementine is back. The timing is perfect: the TV show has hit mid-season after a shocking finale and multiple sales, including the Telltale Humble Bundle, means there are few of us that haven’t at least started the first set of episodes.

The second season is more of the same, although it picks up more slowly than the last one ended. There are still moments that’ll catch you off guard though, and you’ll almost certainly be ready for more once you’re done.

Picking up the Pieces

After a brief “previously on” that runs through the big events of the last season, you’re thrown right back into it. Zombies (or “walkers”) roam the ruins of civilisation, while survivors manage to be as dangerous as the dead they’re constantly avoiding. The whole franchise – which spans graphic novels, TV shows, books, games and more – is about the moral grey area between being a survivor and a killer.

A decent starting point, and a great showcase for what Telltale do best, but we'll need to be blown away with Episode 2

That makes it a really good fit for Telltale, whose particular brand of interactive fiction often forces you to make tough decisions on the fly. It’s still incredibly linear, with minor changes to how things play out based on who you talk to and what you choose to do. You might end up being defended by Character X instead of Character Y, but you’re still going to the same place afterwards.

It’s kind of easy to feel cheated by this actually, especially when you see the results that others have picked at the end of the game, and you see that it’s terribly weighted towards a certain type of decision (people will generally do the “right” thing), but only if you were expecting something that can branch out massively.

The plot might be linear, but the story is still generally very good. Clementine, now slightly older, is separated from her minder and must find her way through a forest. Along the way she’ll come across various perils and dangers. 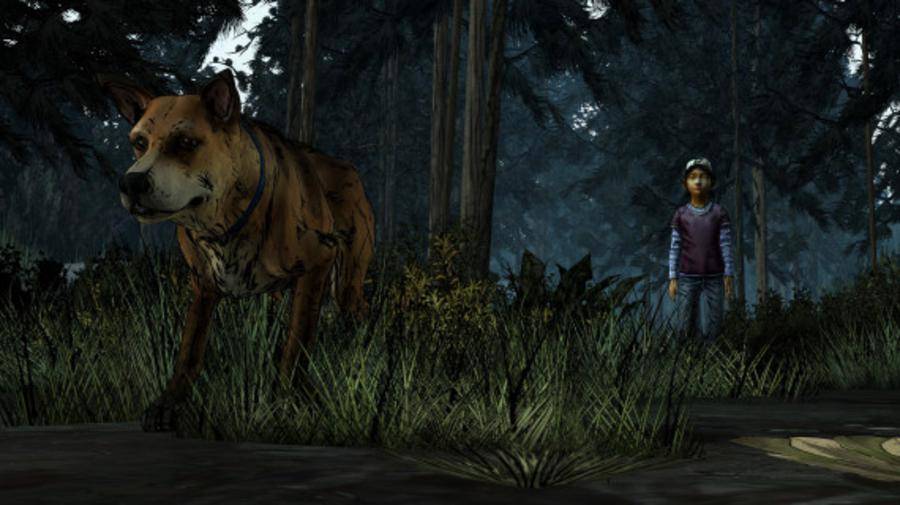 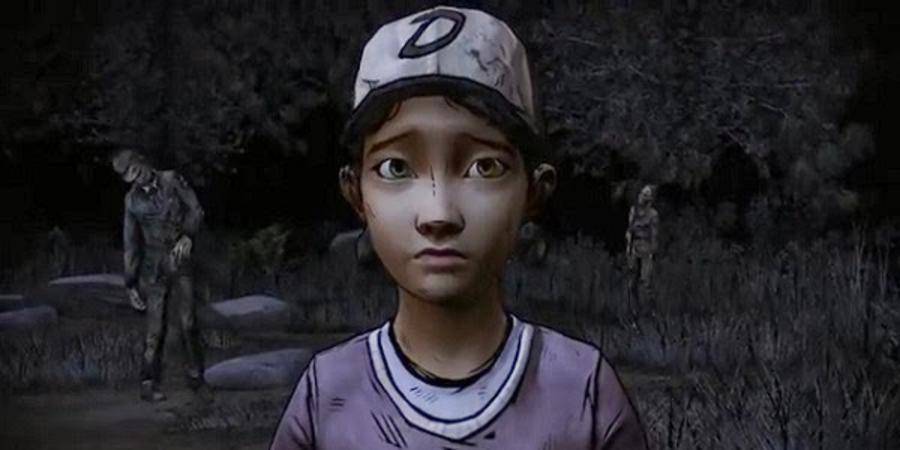 The problem with this sort of storytelling is that there are up moments and there are down moments. The up moments are fantastic, and you’ll almost always feel terrible when the section is over. Did you make the right move? Could you have reacted faster? It’s proper adrenaline-pumping gameplay, rivalling things that give you much more control over the situation.

Then there are the down moments. These aren’t necessarily bad, but they’re certainly slower. If you find these parts drag, they’ll take forever, while the better sections will be over in a moment.

For someone who needs all out action, this is the wrong place to be looking.

After the high that was The Walking Dead: Season 1 finale, things are much more paced this time around. The developers are building story rather than concluding it, and you end up finishing the first episode just as things start to heat up.

There are links to the previous season, and to 400 days, and indeed you can carry your save across if you played everything on the same system. We’re showed how things have changed, how Clementine has survived, what she has kept with her and the people she best remembers. We’re also given hints to how things will continue through the rest of the season.

That gives All That Remains a very transitional feel, very much reliant on previous and future episodes. There’s not really a self-contained story. For that reason alone, I’d perhaps suggest on waiting until the second episode is released (and preferably all five).

The catching up might be enough for die-hard Walking Dead fans, especially considering some of the more horrific Clem moments, but others might be underwhelmed by the relatively small amount of progress made across the scope of a two hour episode.

Up Close and Personal

While the first season could be a little rough visually, Season 2 seems a little better. The glitches are still present, although not nearly as obvious. It doesn’t necessarily look more impressive than its predecessor, but the illusion is broken less often.

You might end up being defended by Character X instead of Character Y, but you're still going to the same place afterwards

This is important, because the few action sequences seem a little more high-octane than before as well. It might just be that they’re slightly longer, or that there’s more happening in the same time frame, but there’s definitely something that make the QTEs stand out a little more.

There’s usually some great voice acting to go alongside it as well. The whole cast are superb, only occasionally made laughable by Telltale’s facial expressions. Melissa Hutchison continues to wow as Clementine.

The Walking Dead Season 2 All That Remains Review – Conclusion

With no specific date to expect the second episode of The Walking Dead: Season 2, the excitement of being back with Clem is short-lived. At only a couple of hours long, you’d need to play through a few times to really get your money’s worth at this point, and that would probably break the illusion of the choices you had to make.

If you can’t hold off, prepare yourself for more of the same. A decent starting point, and a great showcase for what Telltale do best, but we’ll need to be blown away with Episode 2.