Their hard drives were packed with ancient DLC

They craved new content, with more missions to do.

Something new they wanted, with a price that’s low,

From the future came Cyborg Shaundi, so fierce! Not the worst homie. Seriously, [email protected] Pierce!

It was fun, but too short – the fans wanted more.

Then down through the net new content was loaded,

It was just in time to spread holiday cheer.

And earn a few bucks ‘fore the end of the year.

The Saints were back, they answered their fan’s calls.

In a new mission right out of Bedford Falls.

“The stupidest thing ever” I said to myself…

But stupid is smart when made by Volition,

So I praised Christ and stocked up ammunition. 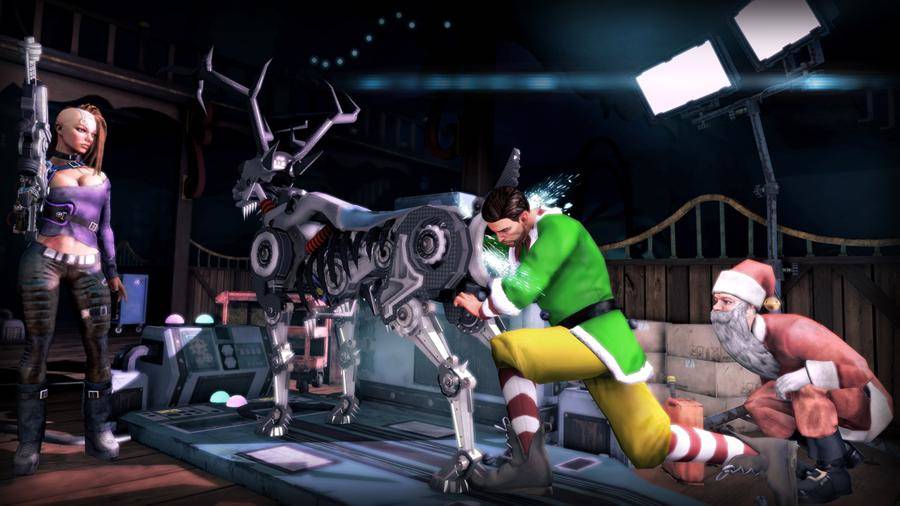 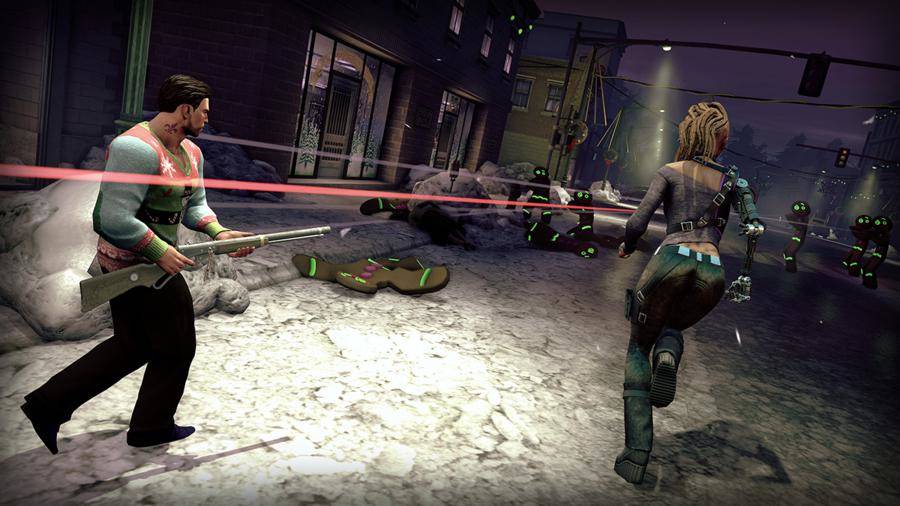 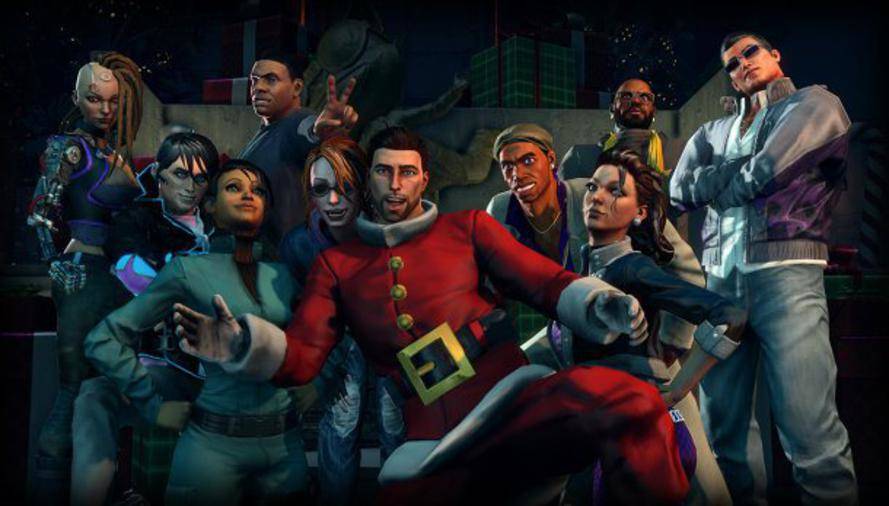 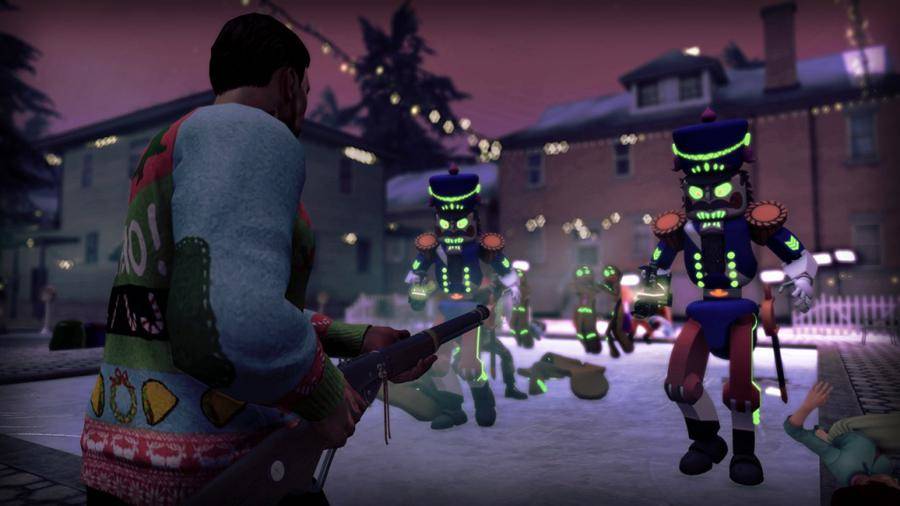 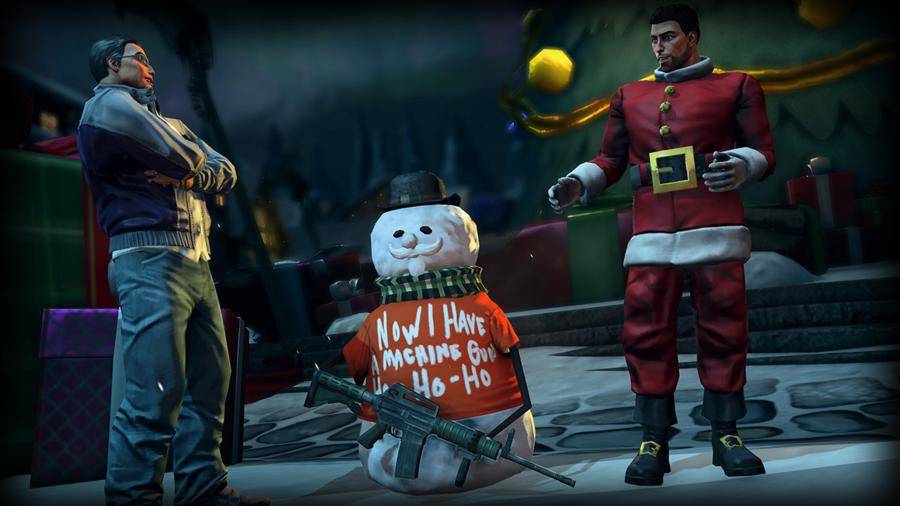 From the future came Cyborg Shaundi, so fierce!

Her goal was to stop Santa’s twin, or some such.

But the plot really didn’t matter that much.

What mattered was that she came to save the past,

And she’s a hot cyborg, so I acted fast.

I joined her, and a fellow named Kringle.

With swarms of bad guys we began to mingle.

New villains appeared and we shot them with guns.

Including a new one- Oh boy so much funs!

I shot out their eyes until vengeance was mine!

He pulled out his sack a single entendre, and spewed bonus items, more guns than Contra

One mission was set at Santa’s new snow fort.

Collectible letters to Santa were found,

but they don’t warrant a second time around.

The one new gun is hardly an arsenal,

But the new dubstep skin adds in an earful.

Two hours of mayhem, is not very long,

But mayhem with Santa can never go wrong.

A recruitable homie with gifts to spare,

A new robot reindeer that flies through the air.

He pulled out his sack – a single entendre,

Plus costumes and cars, a club-like North Pole

A stocking stuffer for fans of the series.

About Santa it has some goofy theories.

This new pack is silly, for brows that are low,

But what do ya expect – hey, it’s Saints Row!

With this pack the Season Pass is completed,

So stay in Steelport ’till Zinyak’s defeated.

For a good contender for Game of the Year.

Although many innocent victims here burned,

The true meaning of Christmas was quickly learned.

It’s not presents, or feasting, or even prayer,

It’s showing off your loot in multiplayer!

But deep within, a message can be perceived.

Christmas is about what’s done, not what’s believed.

Good deeds can be done by anyone, and thus,

Remember that there’s a Saint in all of us.