There are certain things that will always be of interest to hidden object and casual adventure enthusiasts: anything with a little intrigue and classic literature. Jane Austen’s Estate of Affairs, by Legacy, has both, but is that enough to keep you clicking?

Things aren’t going well for Jane Austen’s relatives, and if they can’t come up with some cash and quickly, they’ll lose her home to some dastardly cousins. This is where you come in. Playing as the perennially polite Christina, you must find one of your aunt’s lost manuscripts, which you plan to publish, and then use the funds to save the day.

You’ll do this by solving a variety of puzzles, finding some hidden objects and interacting with some of the people in and around Chawton House.

The genre basically discounts Estate of Affairs from any hardcore gamer’s list of must-plays, and the plot is so steepled in Austen’s style that is might come across as a little too clichéd for some, but for a casual gamer who just wants to play something fun and mildly interesting, there’s little to complain about.

If you’ve ever played a modern point and click game, that’s basically what we have here. There’s less focus on dialogue and humour, more focus on simple puzzles and mini-games. Each “chapter” has a few areas to explore (often with areas that you can zoom in on, and interact with more fully), and you must work out how to get through to the next area. This usually involves taking items from one location, moving across a couple of screens and then using that item with something else. 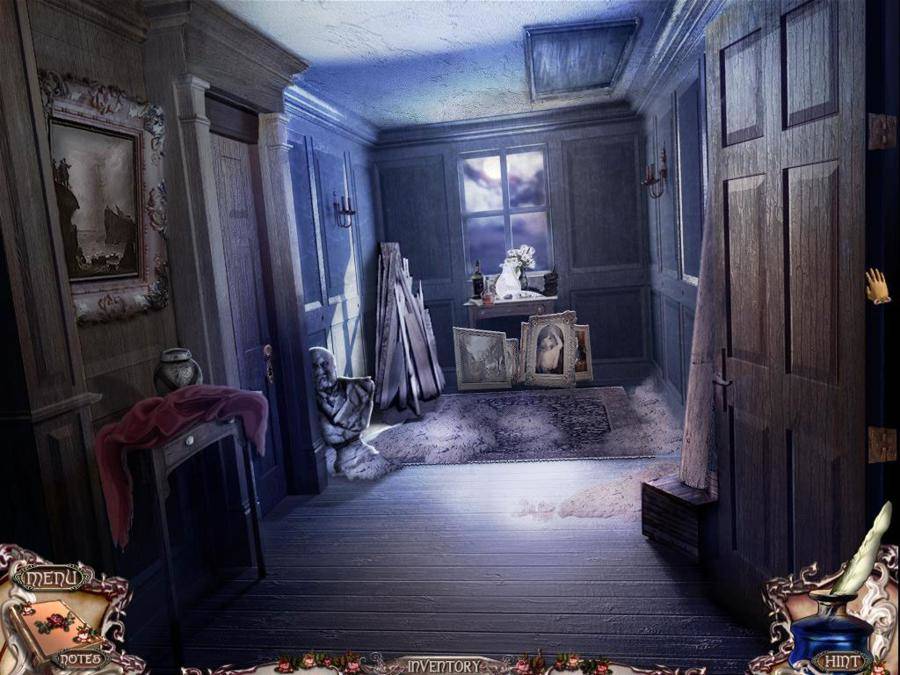 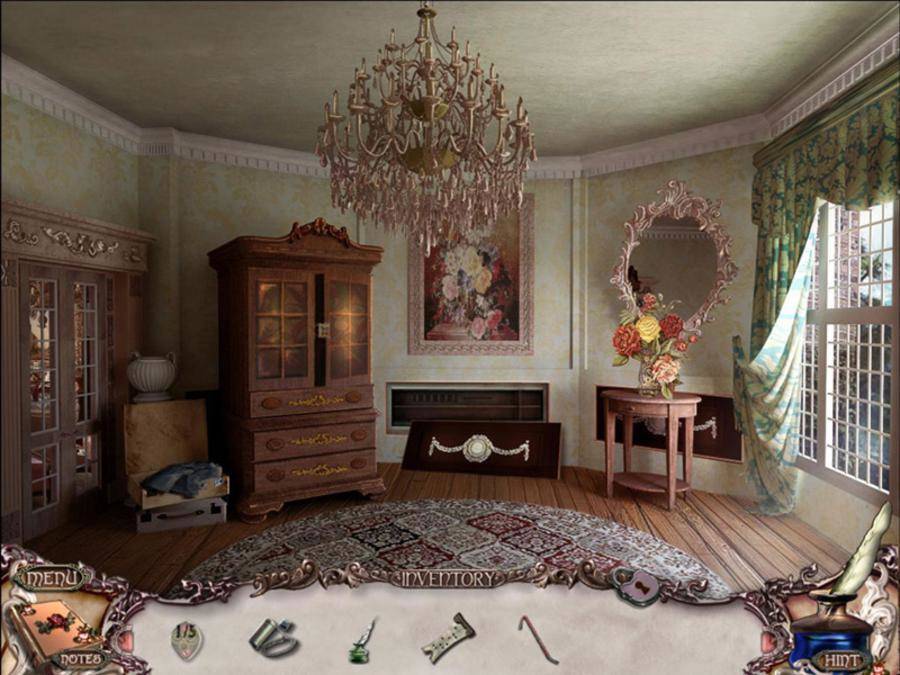 Taking items isn’t always as simple as just finding where they’d hidden. You’ll sometimes need to complete a hidden object puzzle. You’re given a picture and a list of objects, and you need to find each of the objects on the list. This sounds pretty boring, and I imagine it really would be if it was all you played, but as an occasional mechanic it works much like a crossword or sudoku puzzle: small doses of squinting followed by feeling rather clever for finding something.

It’s not as easy as all that. The items are rather well concealed – hidden in plain sight has never been better demonstrated – and there will be times where you genuinely ask yourself if you’ve come across a glitch. Nope. You’re just not that good.

When these moments pop up, there’s a hint button on stand-by to offer guidance. This doesn’t always work as well as it could – sometimes you’re shown something that’s painfully obvious – but it’s helpful in terms of keeping the game going. This isn’t the sort of adventure that has you stopping and sniffing the roses, and if you spend too much time in one place, it’s unlikely you’ll want to keep playing. The hint button helps in keeping momentum.

And if you get really stuck, which is unlikely but possible, you can skip a puzzle altogether. There’s little reward in giving up (aside from being able to move on), but it’s nice to have the option there anyway.

It wouldn’t be a period drama – and that’s truly what it tries to be – without a few plum voices and some nice costumes and buildings. Legacy Games have a great history of design – they’re the guys behind many a film/TV tie-in, including House, Mean Girls, Murder She Wrote and Ghost Whisperer – and it shows here. The artwork is fantastic.

It works much like a crossword or sudoku puzzle: small doses of squinting followed by feeling rather clever for finding something

The characters are a little generic (or I suppose it might just be that they feel generic, given that they’re based off a set of 200 year old books) but are designed well enough that those who are interested in a game like this will have little reason to feel they’re off or that they don’t fit.

The music and voice acting suit as well, and while nobody would claim it’s an acting master class, it more than helps present the world. The score, equally, is subtle but important.

So good are the graphics in fact, that there are times where you’ll find it hard to see what is part of the world and what you’re supposed to click on. There were times when Estate of Affairs gave me flashbacks to the pixel hunting days of the early nineties – clicking everything, moving over everywhere, hoping the mouse will react to something. This is a frustration that could have been so much worse if not for the hint button.

Estate of Affairs is a decent attempt at doing something original with the Jane Austen oeuvre, and the inclusion of snippets of her work might make this a good gateway to her work for those interested. The puzzles are challenging enough, but not too challenging, and the story just Austen enough for it to work.

Well worth checking out if you have an interest in the genre and a few hours to kill.