Final Fantasy VIII was completely mind-blowing to those of us who had been obsessed with Final Fantasy VII. The locations were dark, the characters followed you around and they even managed to have hands. It helped that it was a decent title in its own right, and now it’s been re-released on Steam, with a few modern features squeezed in. Is it worth another investment, or should you stick to your Vita download?

RPG games definitely benefit from graphical overhauls and upgraded systems when they’re re-released, but the base game never changes. The story at the heart of Final Fantasy VIII on Steam is exactly the same as when it was released well over a decade ago, and what you have to do to progress through that story is identical as well. It might go without saying, but this is the same Final Fantasy VIII that it always was.

For those not interested in a long, difficult RPG, Final Fantasy VIII would suit perfectly

Sure, the graphics are slightly better and you’re able to boost the magic you’re carrying (more important than it sounds), but it’s still the same game you played fifteen years ago. If that doesn’t sound appealing, you might as well keep your money.

You play as Squall, a surly teenager in a school that trains young people as mercenaries. After passing your exams, you’re sent to help out a small resistance group. Events get away from you and you end up trying desperately to save the world.

Apart from a few odd twists and turns, the story is actually pretty solid. The characters are memorable, believable and they grow as you play. Even the strange bits aren’t too bad, so long as you can suspend your disbelief long enough to really get into it.

Thankfully, the world is designed in such a way that it’s actually really enjoyable to explore and to chat with people. The addition of a card game – something desperately missing from more recent Final Fantasy outings – will give you hours of play outside the story (if only because you’ll need to keep loading your save games when you lose all your best cards). 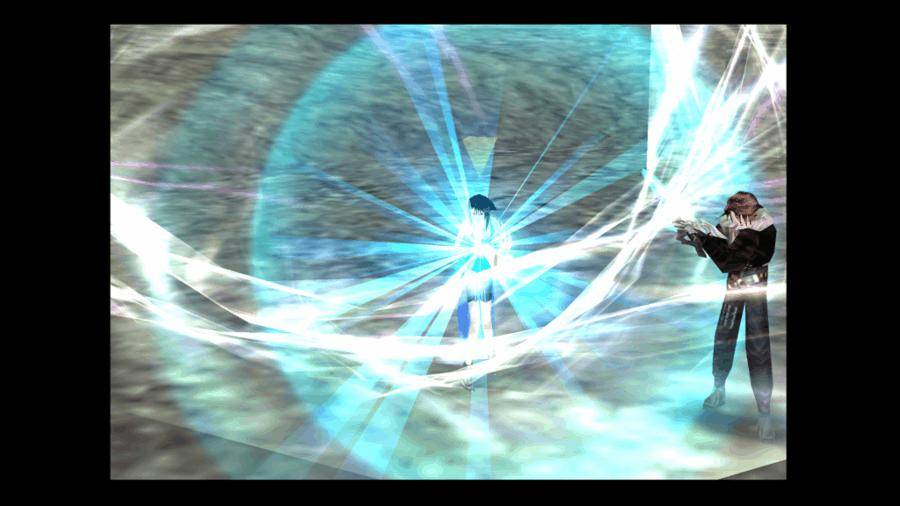 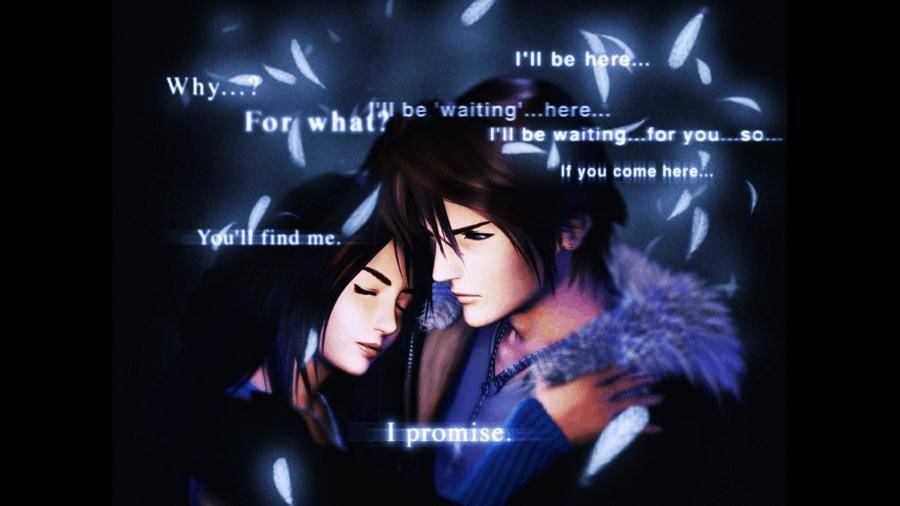 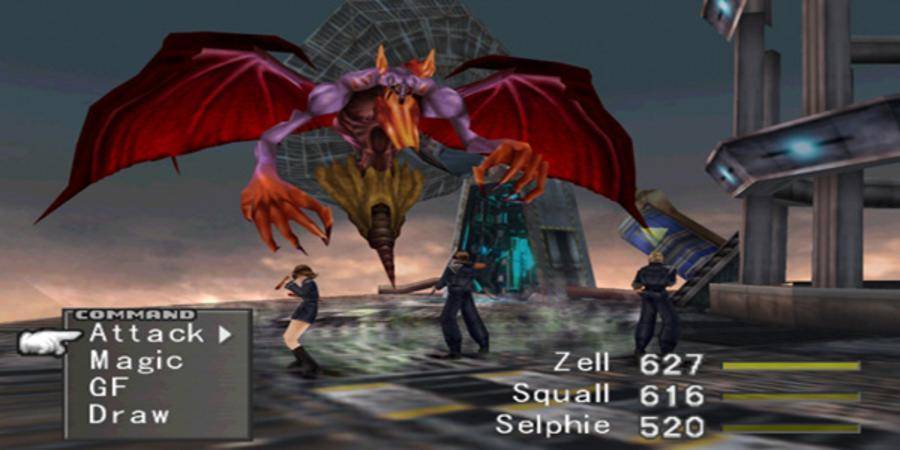 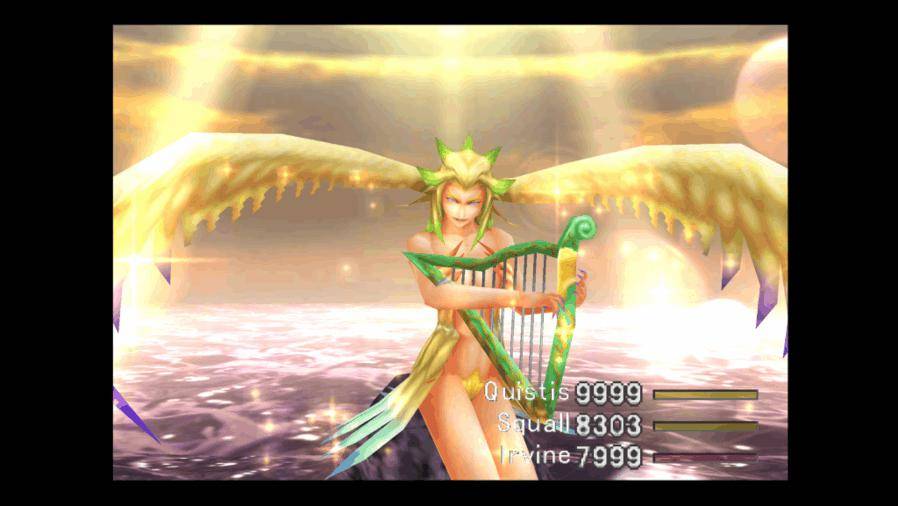 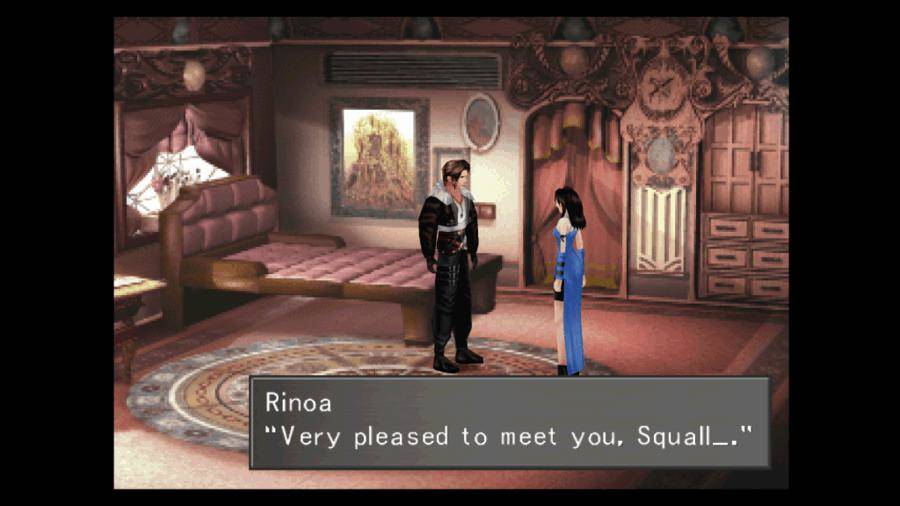 This is even truer now than ever. Almost all of your statistics are linked to magic, which you “draw” from enemies. There’s a limit to the amount of times you can cast a spell, and by drawing the magic you replenish that number. You link magic to various facets of your character: strength, defence, etc. The more powerful a spell, and the more casts of that spell you have, the more powerful the linked stat.

With the in-built magic booster, you can complete blow this out of the water by just maxing the magic you have. If you want to an all-powerful party without having to put in any work, no problem.

The SeeD Has Grown

Thankfully, the graphical upgrade works pretty well. You can’t play it in true 1080p (if you try, there’s just a square in the middle of the screen), but it scales more nicely than Final Fantasy VII Steam did. It doesn’t feel stretched at all.

That’s not to say it looks perfect. This new re-release sees a polished graphical sheen, but only on things that move or can be interacted with. Everything else looks pixelated. The things that have been improved are noticeably sharper, although the difference between things that are different and things that aren’t might be off-putting.

The most important new feature in the steam version of Final Fantasy VIII is that it includes the Chocobo World, previously unavailable in the west. Originally only playable on the Pocket Station – a device that never made it out of Japan – the Chocobo World “app” (because that’s what it’d be called today) is a mini-game that can be used to gain items and to unlock certain GFs.

It might be a little underwhelming, when you finally get to use it, but fans will appreciate the access anyway. It’s been a long time coming, and it’s yet to be available on any other platform. Die-hard Final Fantasy fans will desperately need to repurchase, just to see things that they’d previously had to unlock using an Xplorer cartridge.

Final Fantasy VIII is often seen as the disappointing middle child between Final Fantasy VII and IX, which is a shame. There are things about it that seem a little easy, and the plot can get silly at times as well. Despite all that, it’s still a great RPG experience, and one that everybody interested in the genre ought to play.

This PC re-release is excellent as well. Smoother than the Final Fantasy VII Steam release – which suffered from additional features not quite working right, as well as stretched backgrounds – and with the addition of the long-awaited Chocobo World, there’s a value here that is unavailable anywhere else.

If you’re happy with the base PS1 game, stick with your Vita version. Upgrade only if you want to see everything the Final Fantasy VIII world has to offer.