The combination of wit and traps are the only way to stop the flood of monsters that are breaching our world. The job of guarding against these beasts is a rough one, but these defenders are the worlds only hope. Taking on the fiercest of grotesque hell spawn, each warrior must use his or her wit to devise a clever trail of traps that can lessen the evil armies and prevent as many of these creatures from passing through the gates into our world as possible. An unforgiving and gore-filled game, Neocore Games’ new release, Deathtrap is swiftly starting to earn its place among the greatest tower-defense games.

Neocore Games studio has been riding high off of the success of another of their tactical games, the very popular The Incredible Adventures of Van Helsing. The aforementioned was released last year and met with much critical acclaim. The dark and clever RPG-infused tactical game was praised by critics and fans alike. Referencing the dark beauty of Van Helsing, Neocore quickly started production on another game in the same vein.

Taking notes from Van Helsing, the early access Deathtrap is gritty and dark, with a strong emphasis on tactical play and strategy. After choosing a champion from one of three diverse classes (Mercenary, Sorceress, or Marksman), the player is immediately thrown to the wolves. The game is quick and harsh, with no real learning stage. Almost right away you are placed in a battle that feels equal if not stronger than your starting skill level. A quick shove into the game makes for an exciting experience as you never quite feel like its going easy on you, even in the opening rounds.

Quick shove in to the game makes for an exciting experience as you never quite feel like its going easy on you, even in the opening rounds

A tower-defense game in nature, Deathtrap has the player protecting one or more portals from the hell spawn that are desperate to make their way into our world. After selecting your level, you face three or four rounds of onslaught from the demon portals and each round feels progressively harder. Given a grace period before the spawn advance, you are expected to plan traps strategically through the map, using their projected path as a guideline. Spending a monetary source named Essence, your champion roams the grid map constructing traps meant to slow and kill as many of the enemy as possible. 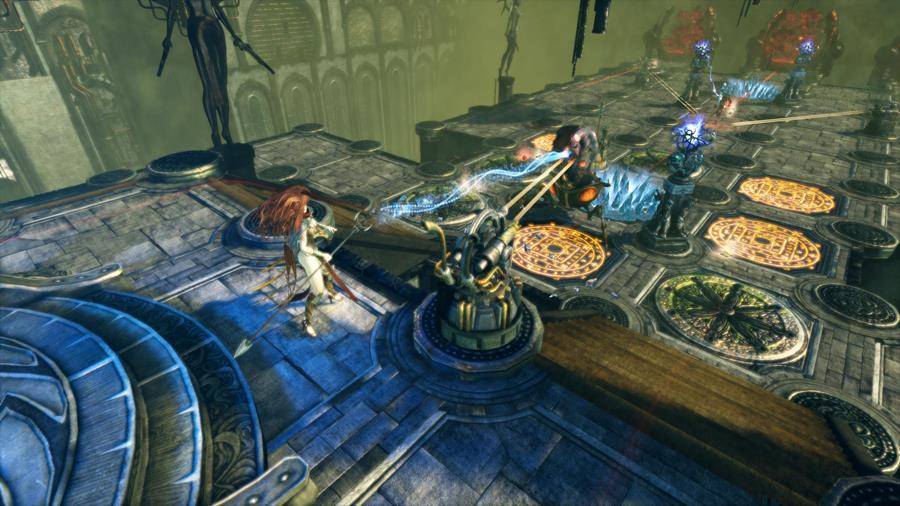 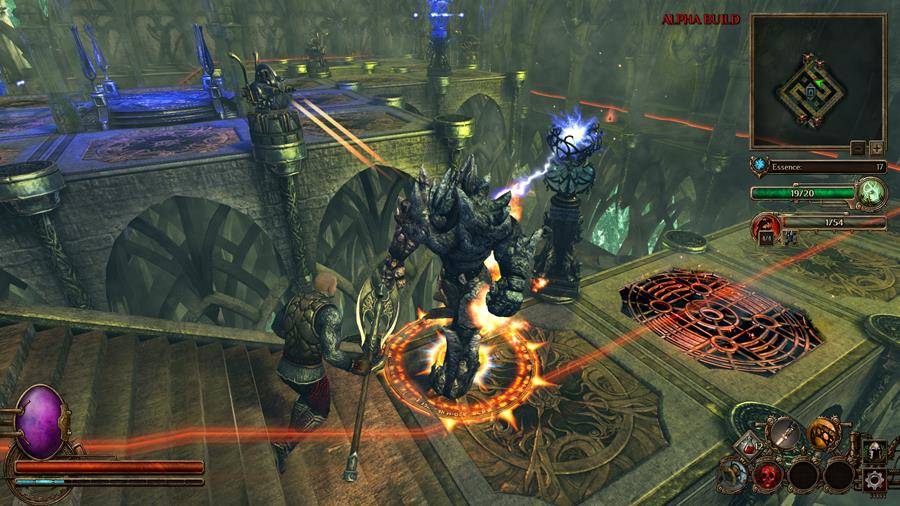 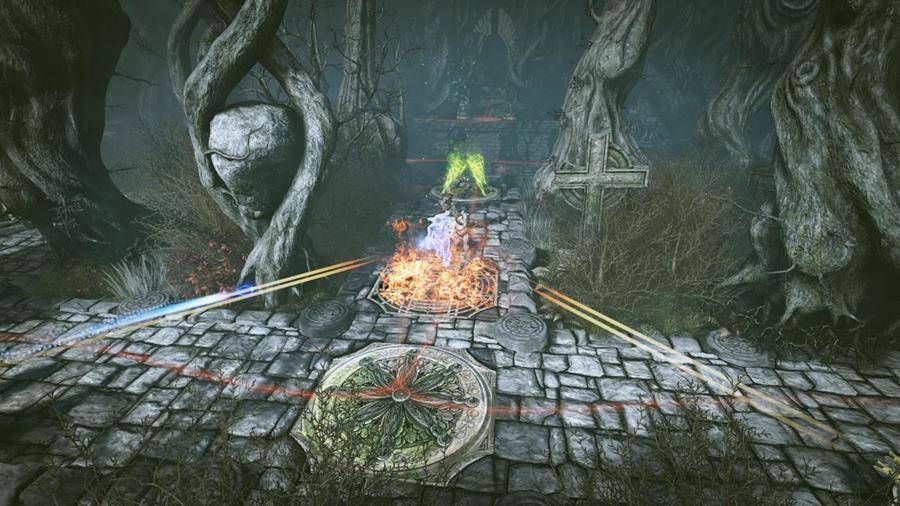 The ploys featured in Deathtrap are varied; they come in many shapes and sizes. The options range from turrets to pits of fire or ice, and even a werewolf to chase down your foes. Each trap also allows for upgrades that can be earned through multiple level completion success. Using research points the player learns more about these deadly devices, making them inevitably more powerful. These traps are clever and fun and it feels highly rewarding to research new advancements and watch them in action.

Creating the World of Deathtrap

Featuring the same grunge-covered dark look of its sibling Van Helsing, Deathtrap contains beautifully evil enemies with striking designs. Three different races of creatures can be seen invading the map, each with its own strengths and weaknesses. Each level also features a unique boss that emerges at the end of the last wave, smashing through the paths with a vengeance and often proving to be more difficult to vanquish than expected. These unique hell spawn creatures are as interesting as they are horrifying, and a nice mixture of races keeps the relentless waves interesting.  The traps are graphic and Deathtrap doesnt spare any effects in the murder of its creatures. By the end of a wave the map can be covered in corpses and blood more pronounced than in some FPS games.

Deathtrap is incredibly rewarding, with each wave leaving your character stronger and your skills sharper. Maps vary dramatically, thus always forcing the player to stay alert and employ new strategies when arming the pathways to the portals. Taking a game type that is staggeringly multiplayer-dominated, Deathtrap manages to find a way to make tower-defense single-player a truly entertaining experience and even still offers multiplayer for those who want to play along with, or against, their friends. Still in early access, the future of Deathtrap is bright and it is bound to be another shining success for Neocore Games, hopefully leading to the birth of more games in the same self-described grim fantasy world.

Note: This is a review of a game that is in early access. It is indicative of the quality at the time of writing. An updated review will be published when the game is fully released.