Bioshock Infinite was one of the best received games of the last year, and it’s no surprise that the DLC has caused something of a splash. Placing both Booker and Elizabeth in an alternate timeline in Rapture, the city beneath the sea from Bioshock and Bioshock 2, Burial At Sea is another slice of story that’ll leave you open-mouthed, mostly for all the right reasons.

Burial at Sea is a great idea. Set in one of the alternative universes shown during the closing moments of Bioshock Infinite, the entirety of the DLC pack takes place within Rapture. Booker is a boozed up private detective, Elizabeth the beautiful femme fatale with a job to offer: find a young girl, Sally, who has gone missing. The problem? Booker knows Sally, it’s his fault she went missing, and despite his best efforts, he’s never managed to track her down.

The return to Rapture is incredibly satisfying

Who is Elizabeth and why is she so desperate to bring up the past? What is her link to Sally?

You’ll need to explore the darkest parts of Rapture to find out.

But this isn’t just another run through the Rapture we’ve seen before. It’s Rapture before it all went to hell. People laugh, discuss, they go about their daily business, not a care in the world. If you enjoyed exploring Columbia, this is the perfect opportunity to see a little more of Andrew Ryan’s dream, of what was long before that plane crash.

And that’s what you’ll do for the first chunk of the DLC pack. You’ll explore, talk with people and learn a bit more about Rapture. While there, you’ll have a few objectives that’ll take you from place to place, but there’s room to go off the beaten track, to discover hidden rooms and audio tapes. It might be a DLC pack, but it’s still Bioshock, and everything you expect is here. 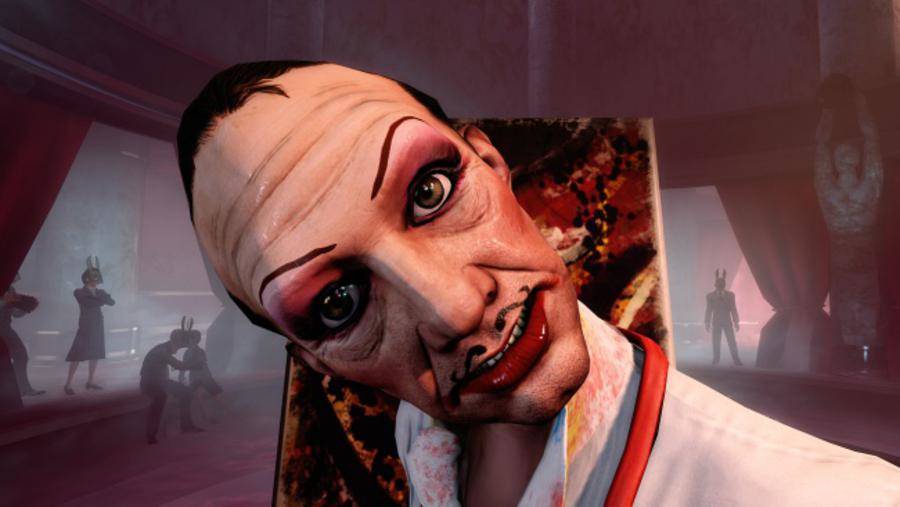 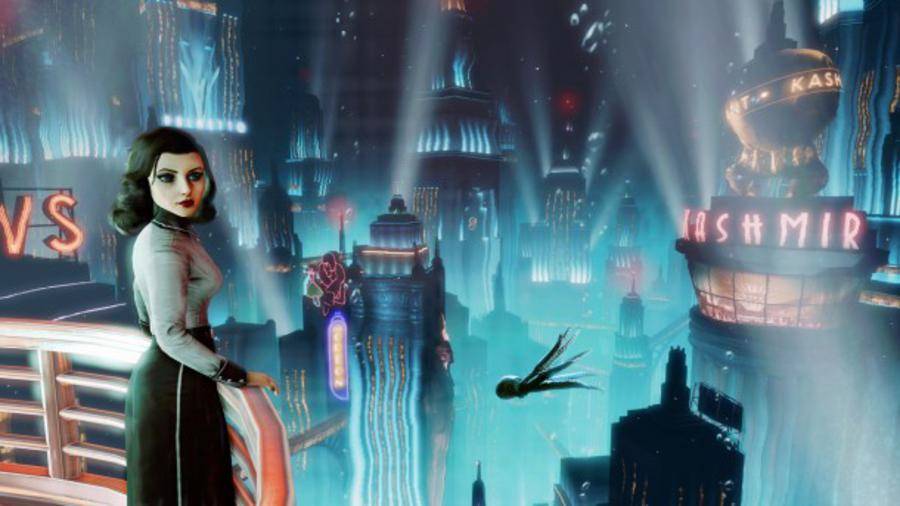 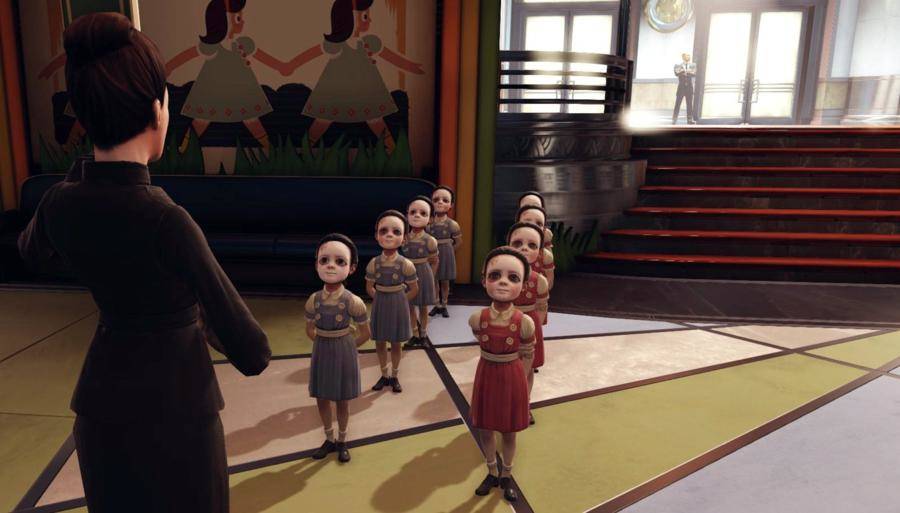 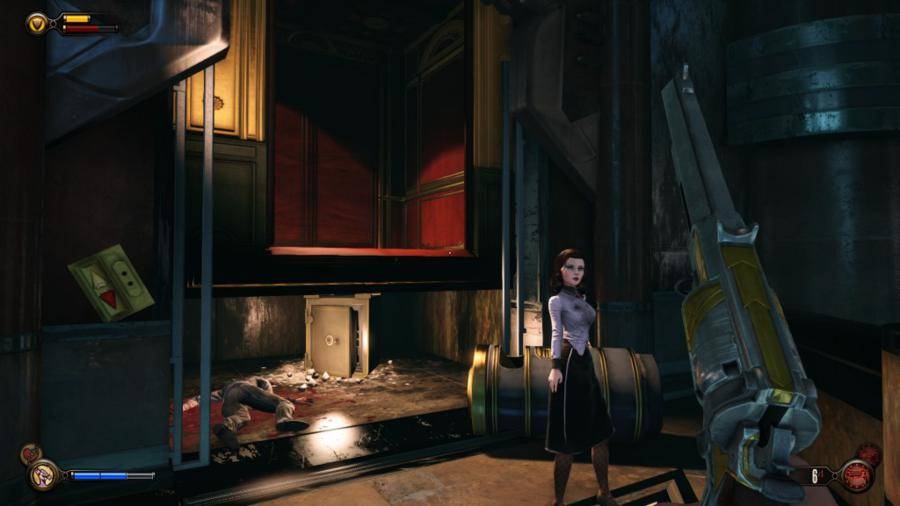 You can go at your own pace, but the amount of interesting interaction is rather limited. If you really milked it, you could spend the best part of an hour mingling, and that would be if you spend vast amounts of time having imagined conversations with the people you come across (because who doesn’t do that?).

Once you’ve seen everything of Rapture, you’ll be transported via Bathysphere to the sunken Fontaine Department Store. This is where things become more like the original games, and with the plasmids and weapon wheel making a return, it feels like a trip back as well.

It's definitely not worth the high price, but that doesn't mean Burial At Sea isn't worthwhile looking into in itself

Even the atmosphere is darker than in Bioshock Infinite, and there’s a good chance you’ll jump occasionally. It’s not scary, just like the original games weren’t really scary, but it’s an excellent reproduction of what made Bioshock so notable.

Splicers, mad after prolonged use of plasmids, roam the department store’s halls, and with limited ammo you must find what happened to Sally.

Those easily distracted by shiny things may feel the combat is a step up from the repetitive, manufactured feel of the fights in Bioshock Infinite, but they’re largely the same. The weapon wheel is all good and well, but fights still play out in much the same way as they did in the base game. You’ll come across a few enemies, it’ll take too long to put them down, you’ll move on to the next group of enemies.

This isn’t bad by any means. The combat isn’t going to put you off to the point where you stop playing, but it’s a barrier, a wall between you and the next piece of nostalgia-driven story.

If you enjoyed it before, you still will. If you didn’t and aren’t overly impressed by the return of certain things from Bioshock, you still won’t.

The latter half of Burial at Sea will have you doing an awful lot of fighting, and it’s a means to an end. Bioshock has never had, nor arguably needed, the slick controls of Call of Duty, and I think the developers continue to presume that the FPS elements are just dandy being passable.

The return to Rapture is incredibly satisfying, and long-time fans will love hopping behind each counter and searching every briefcase. Irrational have built a world that gels so well with the story they’re trying to tell, and it’s a joy to see the fruit of that labour.

It’s a short trip – three hours, if you take your time – but a wonderful one. I wouldn’t say that it’s too short either – as a DLC pack, it feels right alongside the likes of Telltale’s offerings in terms of plot structure and pacing – but rather the cost. If you can hold out for a discount – Steam’s Winter sale isn’t too far out – then that’s what I’d do. The game itself is a good one, the amount they want you to pay for it is a little to heavy.

This pack was always going to be fan service, but that hasn’t stopped it from being more than worth having a saunter through. There are a few twists and turns that’ll leave you as shocked as ever, and enough references that you’ll rarely stop smiling, but the gameplay is still a little slow when it comes to combat, and new additions do little but pile plasters on the wound.

It’s definitely not worth the high price, but that doesn’t mean Burial At Sea isn’t worthwhile looking into in itself. I enjoyed it as much as Infinite, and can’t wait for part two.

The biggest appeal in any Armored Core game is the ability to customize your AC, and though there may not be quite as many parts as there have been in earlier games, there’s certainly a deeper level of customisation.A preferred type of legs can also be added to your AC (another Armored Core staple). The bendy knee type legs offer greater manoeuvrability and are perfect for dodging and weaving between buildings; the reverse jointed legs have a distinct advantage this time over tank legs; and caterpillar tracks allow for a greater max loadout, as well as offering superior accuracy when using heavy weapons on the move.

All in all, Armored Core V is a pretty good game, though maybe not the step forward some were hoping for. It could certainly have been better, but what you do get is solid and enjoyable. If you’re a fan of the franchise, I highly recommend checking it out.